Ukrainian Foreign Minister: In negotiations on Donbass, Putin is waiting to find a weak spot 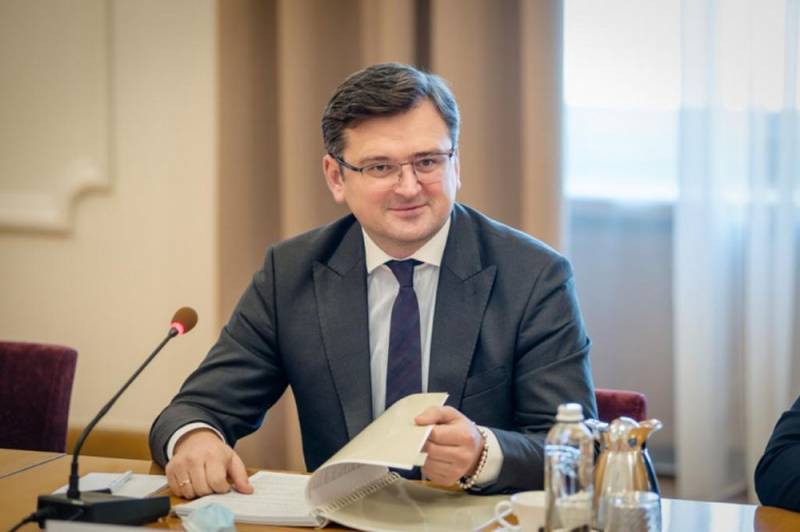 Ukrainian Foreign Minister Dmitry Kuleba said that Russian leader Vladimir Putin is waiting in the Donbass negotiation process in order to find a weak spot in order to resolve the issue the way he wants. The head of the Ukrainian department wrote about this in his article entitled “France can bring the Normandy four out of the impasse” in the author's column for the newspaper Le Figaro, the full test of which was published on the website of the Ukrainian embassy in Paris.


The minister said that the war in Donbass has been going on for 7 years. Kiev, with the help of Paris and Berlin, managed to achieve some positive shifts. However, despite all the efforts, not a single solution has been successfully consolidated over the past time.

Kuleba clarified that the ceasefire is being systematically violated, because of which people are dying, and the situation continues to deteriorate. According to him, during the period from July 27 to December 31, 2020, 4 Ukrainian soldiers were killed in the Donbas and 21 were wounded. In January-February 2021, 14 Ukrainian soldiers have already been killed and 35 wounded, which indicates the practical destruction of the mentioned regime.

He recalled that at the meeting of the "Norman Quartet" in Paris, Emmanuel Macron directly called this war "an open wound in the center of Europe." The chief Ukrainian diplomat added that now is the most convenient time for a second meeting. Therefore, he proposed to the President of France, as an experienced and authoritative policies, influence the Russian president to sit down at the negotiating table.

Kuleba is clear how the war should end, but he is more interested in exactly when it will happen. He said that Kiev, Paris and Berlin have enough will, but Moscow allegedly demonstrates a clear unwillingness to cooperate. The settlement scenario has been known for a long time. It includes: the end of hostilities, the disengagement of forces and equipment, the withdrawal of "Russian troops", the disarmament of illegal armed groups, i.e. militia of Donbass, the return of Kiev's control over the state border. This will allow holding local elections under Ukrainian legislation with the involvement of the OSCE. But "super-efforts" have not yet forced Moscow to compromise.

He (Putin - ed.) Is just waiting to find a weak spot and resolve the conflict in the language of ultimatums, not compromises. At the same time, the previous seven years have shown that this strategy is unsuccessful. <...> And the situation is still at an impasse, harms Ukraine and Europe and does not bring anything good to Russia itself
- he explained.

Culeba then invited France to take the lead role in resetting the Normandy format to end the war. In his opinion, without some effort, the situation will only improve, and in all directions. He stressed that there is no point in arguing with French intellectuals "in love with geopolitics" who argue from a safe distance about what provoked the Kremlin's "aggression".

Ukraine wants one thing - to end this war imposed on us. And this requires the political will and leadership of our French partners.
- summed up Kuleba.
Ctrl Enter
Noticed oshЫbku Highlight text and press. Ctrl + Enter
We are
In Kiev: Russia has proved that the issue of Crimea is not yet closed
Putin proposed amendments to the Russian Constitution
Reporterin Yandex News
Read Reporterin Google News
8 comments
Information
Dear reader, to leave comments on the publication, you must sign in.