"Green" rules of the game: the United States calls on Russia to sign unprofitable agreements 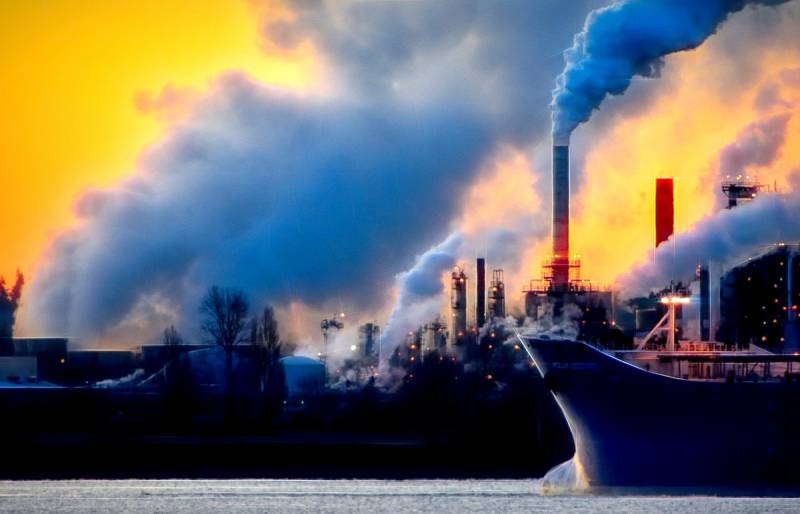 A large-scale summit on the fight against global warming will take place on April 22-23. Due to coronavirus restrictions, the event will be held online. The organizer was the United States, which invited the leaders of 40 countries to participate, including Russian President Vladimir Putin and Chinese President Xi Jinping. This summit can be considered a landmark, since it is from it that the countdown of a new "green" reality in the world the economy, which will be anchored at the UN World Climate Forum in Glasgow. What gives us reason to believe so?


Many domestic political analysts noted the fact that Washington invited Moscow and Beijing to take part in the event, despite the fact that it is in "contradiction" with them. This was interpreted by them as a good sign. However, it should be remembered that President Joe Biden, even during his election campaign, promised to constructively cooperate with China and Russia on issues important to the United States, such as climate change, for example, but toughly oppose them in other areas that are fundamental for the White House. President Vladimir Putin and XI Chairman Jinping Joe Biden simply could not fail to invite to the summit. China, the world's premier workshop, is the number one source of climate-damaging carbon dioxide (CO2) emissions. It is followed by the United States and India, with Russia at the bottom of the four. In addition, our country is the largest in terms of territory, which grows huge forests that absorb carbon. Thus, without the participation of Beijing and Moscow, the summit would be largely devoid of its meaning. However, everything is a little more complicated than it seems at first glance.

It can be assumed that the White House is conducting business to conclude a new version of the "Paris Agreement", from which Republican Donald Trump once emerged, and the US participation in which was immediately resumed by Democrat Joe Biden. In fact, the problem is not so much climate change as finding balances between the world's largest economies and setting new green rules of the game. Apparently, after the April summit and forum in Glasgow, all countries will clearly divide into those that have developed environmentally friendly alternative energy, and those that do not, and therefore will pay for someone else's progress from their own pockets.

For more details on the problems of "green" energy, we have already told earlier. In itself, this is an interesting and commendable endeavor, since it is right to reduce dependence on fossil fuels. But at the same time, the kilowatts generated with the help of RES are always more expensive, therefore they have to be subsidized at the expense of the state. This is quite an expensive pleasure that only rich countries can afford. The three largest economies in the world - the United States, China and the European Union - have set themselves the goal of making their industries climate neutral over the next 30 years by achieving zero carbon dioxide emissions. This immediately leads to two serious problems: how can the main players, who are in fierce competition among themselves, find a balance of interests, and what should all other countries do?

To answer the first question, I would like to quote from an article by Matthew Lynn, financial columnist and author of The Bust: Greece, the Euro and the Sovereign Debt Crisis and The Long Depression: The Recession From 2008 to 2031, published in The Spectator:

President Biden's big idea is for the green energy plan to dominate renewable and clean energy. This is the centerpiece of his program. But the EU is on exactly the same agenda, and a large chunk of its € 750 billion Coronavirus Rescue Fund is aimed at exactly the same goal. It is impossible to have two world leaders in green energy. In fact, the conflict over dominance in this industry will ultimately lead to an even greater split on the two sides.
Strictly speaking, that says it all. The US, EU and China are already jostling each other in the green energy market, wanting to become leaders who will set the rules of the game. The European Union, led by Germany and France, intends to defend the interests of its aircraft and car manufacturers against the American Boeing and Tesla. A new tool in this fight should be the Carbon Border Adjustment Mechanism (CBAM), which Brussels will introduce in 2023. Most likely, Washington and Beijing will answer him symmetrically.

The new "climate" agreement, which will be discussed at the upcoming summit and forum in Glasgow, is likely to establish new rules of the game between the three leading world economies and determine their interaction between themselves and all other countries. For the latter, this does not shine anything good. Lacking developed alternative energy, they will have to pay for the right to access the European, American and Chinese markets, an increased export duty on products with a high carbon footprint. This directly applies to our country as well. It is estimated that the additional financial burden for domestic exporters working in the European Union will amount to $ 60 billion annually.
Ctrl Enter
Noticed oshЫbku Highlight text and press. Ctrl + Enter
We are
Peace enforcement operation. Russia inflicts a preemptive strike on Kiev
Three years left: Ukraine will be sold in parts
Reporterin Yandex News
Read Reporterin Google News
20 comments
Information
Dear reader, to leave comments on the publication, you must sign in.