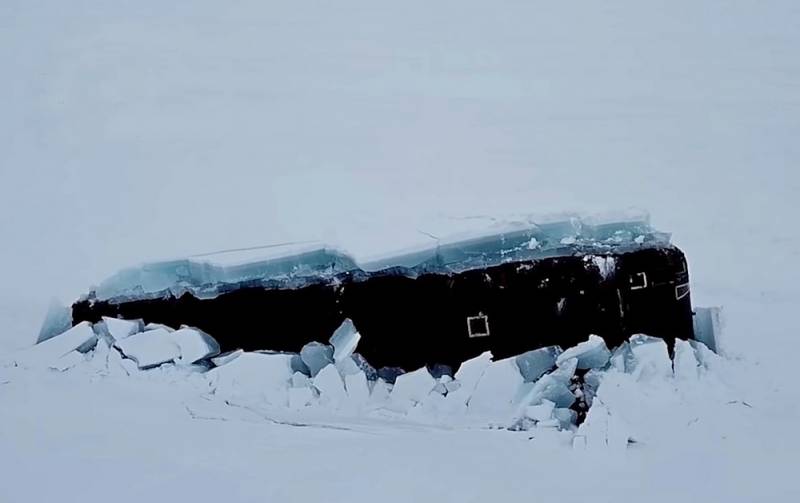 On March 26, 2021, the Russian Ministry of Defense released information on the large-scale military exercises Umka-2021 of the Northern Fleet of the Russian Navy in the Arctic. The unprecedented maneuvers became Moscow's bold statement about its presence and opportunities in the region, writes the American Internet publication The Drive, assessing what happened.


Three Russian nuclear-powered ballistic missile submarines simultaneously surfaced from under the ice near the North Pole. Geopolitical competition in this strategic area of ​​the planet is increasing. This became very noticeable against the background of the "blockage" of the Suez Canal by the large container ship Ever Given. The length of the Northern Sea Route from Japan to Murmansk is about 5800 miles, and the traditional route to Europe through the Suez Canal exceeds 12800 miles. At the same time, the presence of a large fleet of Rosatom icebreakers makes travel along the NSR safe.

The Kremlin has not yet officially confirmed which submarines took part in the exercises, which began on March 20, and which of them carried out torpedo firing under the ice. However, watching the video of the RF Ministry of Defense makes it possible to reasonably assume that the two pennants belong to the nuclear submarine of project 667BDRM Dolphin, armed with up to 16 units of liquid ballistic missiles R-29RMU2 Sineva and R-29RMU2.1 Liner with multiple nuclear warheads. It should be noted that the 31st submarine division of the Northern Fleet of the Russian Navy now has five nuclear submarines of this type: K-51 Verkhoturye, K-84 Yekaterinburg, K-114 Tula, K-18 Karelia and K-407 "Novomoskovsk". 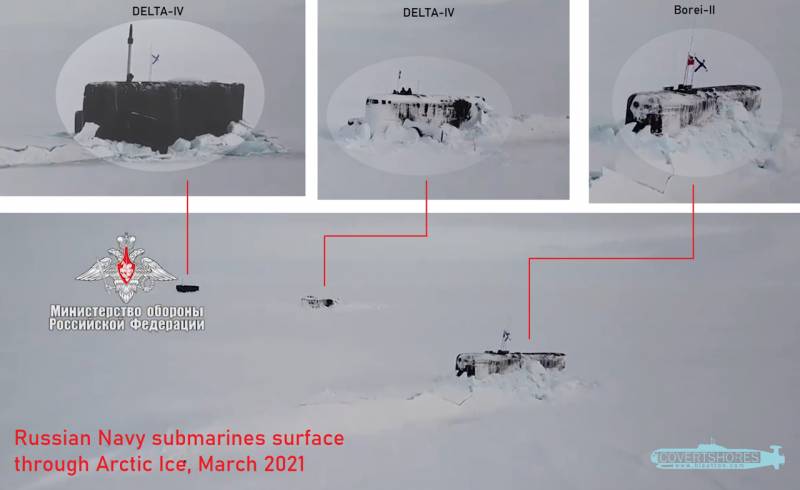 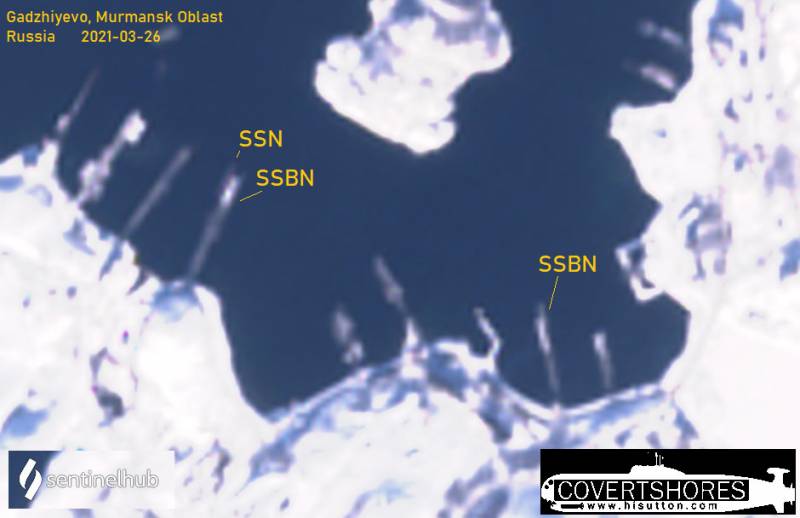 The third submarine that surfaced could be either the Project 955 Borey K-535 Yuri Dolgoruky submarine, or the K-549 Prince Vladimir Project 955A Borey-A submarine. These submarines are armed with up to 16 units of R-30 "Bulava-30" solid-propellant SLBMs with multiple nuclear warheads.


In addition, a pair of MiG-31 high-altitude interceptors with the support of an Il-78 tanker aircraft flew over the North Pole. At this time, on land, at a temperature of -30 degrees Celsius, exercises of other types of troops were held.

As part of the Arctic expedition, three nuclear submarines for the first time in the history of the Russian Navy surfaced from under the ice in a limited space with a radius of 300 meters. For the first time in the circumpolar regions, a complex of combat training, scientific research and practical versatile activities is being carried out according to a single scheme and plan
- the Commander-in-Chief of the Russian Navy, Admiral Nikolai Evmenov, reported to Russian President Vladimir Putin.

The Russian Geographical Society also participates in Umka-2021, which takes place mainly on the island of Alexandra Land, the Franz Josef Land archipelago in the Arctic Ocean, and around it.

It is known that the Russian strategic nuclear submarines of the Northern Fleet carry out their patrols under the ice of the Arctic, where they are very difficult to track. They regularly practice a single ascent, getting out from under the ice, demonstrating combat readiness. This time, there was a group emergence, with which Moscow demonstrated its strength.

We are competing ... and to be competitive with Russia and China, especially in the Arctic, we must be on the battlefield. Therefore, it is imperative that we do this and continue to create opportunities that will allow us to be in the Arctic.
- said in the US Congress the head of NORTHCOM and NORAD, Air Force General Glen Van Herk.

Given the growing interest in the Arctic, it can be assumed that Russia will continue to strengthen its position in the region.
Reporterin Yandex News
Reporterin Yandex Zen
28 comments
Information
Dear reader, to leave comments on the publication, you must sign in.