Why the Northern Sea Route can never replace the Suez Canal 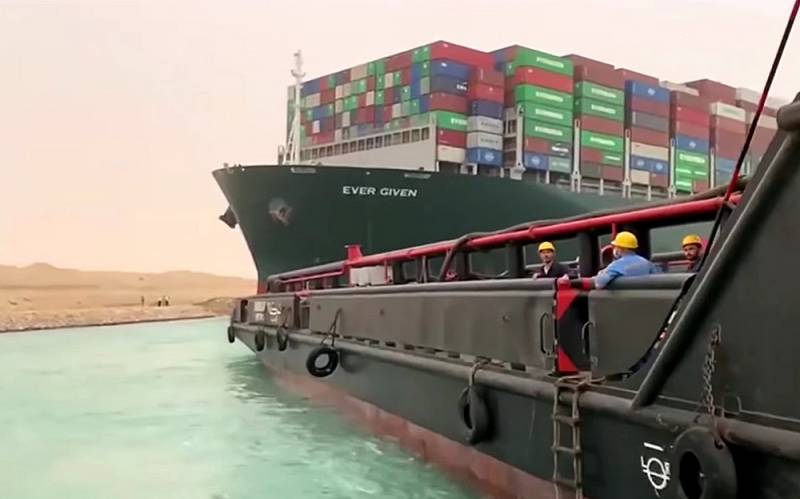 Four days have passed since the container ship "Ever Given" blocked the Suez Canal, one of the key transport and logistics arteries in the world. News sharply stirred up the Russian expert community; the longer the vessel covers Suez, the louder the voices of enthusiasts who are confident in the redistribution of the world sea freight market - in particular, they predict a great success for the Northern Sea Route (hereinafter - NSR) and the Trans-Siberian Railway.


In this material, I propose to briefly familiarize ourselves with the veracity of such statements and find out whether lobbying for the use of the Northern Sea Route has any prospect.

Some statistics: the number of ships involved in the "Suez Plug" as of March 26: 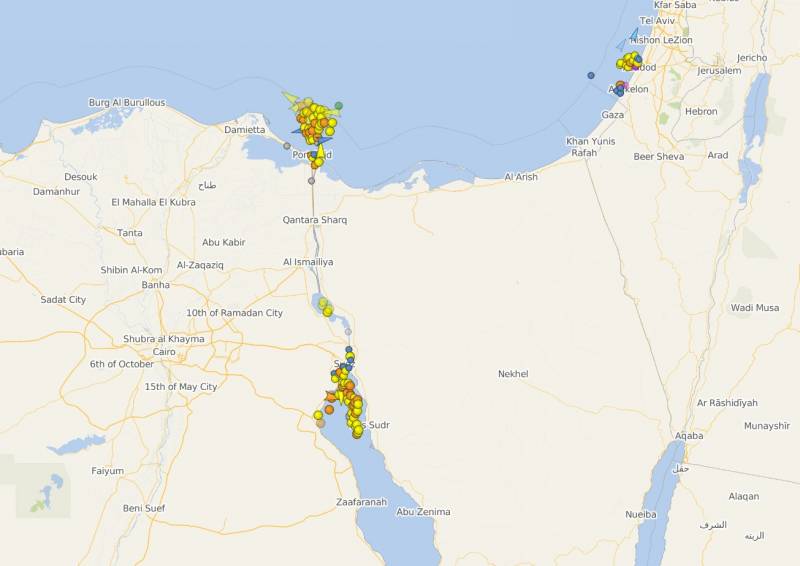 The main thesis of the NSR's profitability is its shorter length in comparison with Suez; According to enthusiasts, it would be more profitable for China to bring goods directly to Europe, bypassing the Indo-Pacific region and the African coast.

However, they do not take into account that economy sea ​​transportation is not limited to the length of the route alone. For goods transported by water, the speed of transportation is not so critical, and when it comes to "distance", this term refers to the fuel savings achieved due to the reduction in route time. The decline in oil prices, however, brought down the cost of marine fuel - as a result, any gain from using the Northern Sea Route becomes less significant; in turn, active maneuvering among ice fields significantly increases fuel consumption.

Separately, it should be said that the economics of cargo transportation is highly dependent on insurance conditions, which, in turn, depend on risk assessment. Arctic shipping carries many "pitfalls" associated, in particular, with the guaranteed provision of services necessary for navigation - and this is not only about the risk of damage in the event of a collision with ice. Requires constant icebreaker support, navigation, hydrographic, meteorological and customs escort of ships. The Northern Sea Route is extremely tightly tied to the number and operational activity of icebreakers - and this carries serious additional risks: if the icebreaker ship is not at the right time and in the right place, then dry cargo ships will be forced to stand idle, similar to what is happening now in the Suez Canal ...

An equally important element of the attractiveness of the sea route is a well-developed port infrastructure. For modern container transportation, it is not so much speed and distance that are important, but also schedule compliance. The pace of the ship's progress, in turn, depends on the conditions of accessibility of approaches to the port infrastructure, pilotage support, mooring, technical support of the port - this, of course, is not only loading and unloading ships, but also the ability to replenish supplies, carry out bunkering, provide repairs and hire additional crew members. Thus, maritime logistics is tightly tied to a well-developed port infrastructure capable of providing the entire required range of services - this helps to reduce the number of risks associated with ship delays. Today, the Northern Sea Route has only one deep-water port - Murmansk.

The NSR is also not famous for the simplicity of navigation conditions - the complex system of seas and straits with difficult ice conditions greatly influences the choice of the route. For example, the straits through which the Northern Sea Route is laid seriously limit the draft and tonnage of ships that can pass through them.

At the moment, the most common type of container ships in the world is the so-called. "Panamax-class" with a capacity of 5000 to 12000 TEU - and this is not to mention the giants "Triple E-Class", designed for 18200 TEU. Even if we assume that such a ship will end up in the Arctic (the straits can theoretically be deepened, as well as a network of northern ports), it will need escort of at least two icebreakers to successfully pass through the Northern Sea Route.

The most, perhaps, the main question is different - what to transport through the NSR? Experts say that the Arctic route cannot be a full-fledged replacement for the southern sea routes: the temperature regime does not allow the transportation of most of the goods following the Suez Canal, and the infrastructure issue rises in full growth from a completely unexpected angle: container ships traveling from Southeast Asia to Europe , have several stops at ports along the way, where they carry out unloading and loading of goods. For example, if we are talking about the industrial products of the PRC, then the share of Europe in maritime transport falls less than 20% of the total volume of goods sold; to Northern Europe - about 3%. More than 50% of the total trade turnover is made up of the Pacific region, and the rest of China's imports and exports go to the United States. The Northern Sea Route, in turn, does not have ports where it is possible to buy and sell manufactured goods, and raw materials, oil, gas and fish are exported within the existing infrastructure.

Our railway transport routes have really broad prospects - for example, over the past year, due to the jump in the cost of sea freight, container traffic on the Trans-Siberian Railway increased by 15%; in this regard, the Baikal-Amur Mainline was also actively involved (there are plans to expand it and build a second branch), but further expansion of the volume of freight transportation by rail is facing capacity constraints, and a radical solution to this problem is not expected in the near future.

Summing up, it should be said that Russia, of course, needs to carry out further work to improve the attractiveness of sea transportation by the Northern Sea Route - this enterprise, of course, has considerable prospects, albeit with very specific restrictions that will not allow the NSR to become an equivalent replacement for the Suez Canal - so or otherwise, the difficult climatic and geographical conditions of the Arctic route impose considerable difficulties, which, however, with a reasonable approach, will not prevent us from deriving economic benefits for our country.
Ctrl Enter
Noticed oshЫbku Highlight text and press. Ctrl + Enter
We are
The Suez Indian Could Change All World Trade
Can Russia “stop” the Suez Canal?
Reporterin Yandex News
Read Reporterin Google News
23 comments
Information
Dear reader, to leave comments on the publication, you must sign in.