Russia got the most from the American "shale revolution" 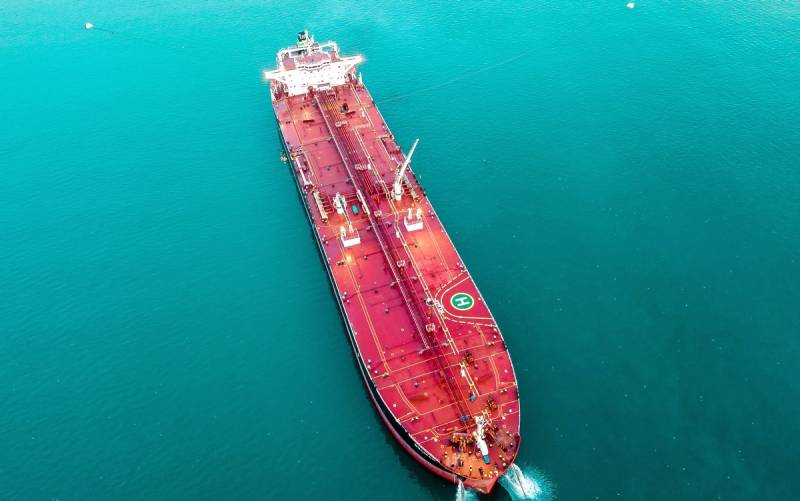 The US oil sanctions against Iran and Venezuela paradoxically negatively affected the "hegemon" itself. American economy increased dependence on supplies of Russian "black gold", and Saudi oil preferred the "transparent" US market to the "opaque" Chinese one.


In the past 2020, Russia climbed to second place among the largest exporters of oil and fuel oil in the United States, pushing Saudi Arabia to third. In numbers, it looks like this: every day the Americans bought from us an average of 538 thousand barrels against 514 from Riyadh. Only neighboring Canada is out of competition with its 3,2 million barrels per day. This means that Washington is taking raw materials from Moscow at the "pre-maid" level. How did it happen?

It turns out that the United States created these problems for itself, or rather, President Donald Trump did it. On the one hand, thanks to the "shale revolution", the "hegemon" quickly became a major producer and exporter of light oil. On the other hand, many American refineries are still heavily dependent on heavy oil imports. The economy of oil refineries in the United States is designed in such a way that it is more profitable for them to process not their own light, which at least fill them with, but heavy oil. And then the Republican president shot his own industrialists in the foot, imposing sanctions on Venezuela, where heavy viscous oil traditionally came from.

So American refineries would have been left without the usual raw materials, but Moscow came to their aid. Valero and Exxon are the largest importers of Russian crude oil and fuel oil. It is interesting that fuel oil, a product of a low level of processing, is in high demand. Buyers mix it with their light crude oils and get the optimal feedstock for further distillation. There is a lot of fuel oil in Russia due to the fact that our own refinery is not fully modernized, so we can supply it in marketable quantities. As the saying goes, every cloud has a silver lining.

As for the Saudis, Riyadh has been betting on seizing the promising Chinese market in the past few years. A combination of several factors contributed to this. First, an increase in shale oil production in the United States, which led to a decrease in imports of light grades. Secondly, the American sanctions against Tehran did their job, knocking out "black gold" from Iran from the market. This forced actively developing Asian countries, primarily China, to look for alternative suppliers. And Saudi Arabia directed its export flows to the more premium Asia-Pacific market, which has a capacity higher than that of the United States. Riyadh actively competes with Moscow, giving buyers significant discounts. This allowed him to become the No. 1 oil supplier in China. The plans to firmly gain a foothold in the Indian market are also evidenced by the desire of the Saudis to acquire 20% of the local raw materials conglomerate Reliance Industries.

Meanwhile, Russian companies are mastering the business of delivering "sanctioned" Venezuelan oil. Due to the restrictive regime, the state-owned company PDVSA was forced to start doing business with small players of rather dubious origins. Remember the Venezuelan supertanker Ayacucho, which received a Russian "residence permit" and was renamed "Maxim Gorky"? Contrary to suggestions that the tanker would be used only as a floating storage of raw materials, it began to operate the voyages. The vessel was seen transferring 2 million barrels of oil to another vessel near Singapore last November. This is a common practice to circumvent US sanctions.

Also, the Pavinospirit tanker, owned by Pavino-Tanker LLC, registered in Vladivostok, was seen delivering Venezuelan oil. The oil tanker Sierra flew twice in 2020 to the port of Jose in Venezuela. This is an Aframax class tanker, which in 2019 turned from Panamanian to Russian. It was first owned by Novograin LLC, registered in Rostov-on-Don, and now by Rustanker LLC from Novorossiysk, which, in turn, belongs to the offshore company Makandi Marine Inc. in the Marshall Islands. The same office owns the Nostras oil tanker, which regularly runs off the coast of Venezuela. According to Reuters, OGX Trading from Moscow, established in 2020, helps Caracas with the export of "black gold". Its owner is the UAE-based Marlybone Trading company.

In general, Russian structures are clearly actively involved in the schemes for the supply of Venezuelan oil. However, so far no one has caught them directly by the hand. As representatives of the TankerTrackers company explained, they receive satellite photographs of terminals and tankers, from which they calculate from the shadow in the background how deep the vessel has sunk into the water. Based on this, observers determine how much oil is on board.
Reporterin Yandex News
Reporterin Yandex Zen
2 comments
Information
Dear reader, to leave comments on the publication, you must sign in.