The Suez Indian Could Change All World Trade 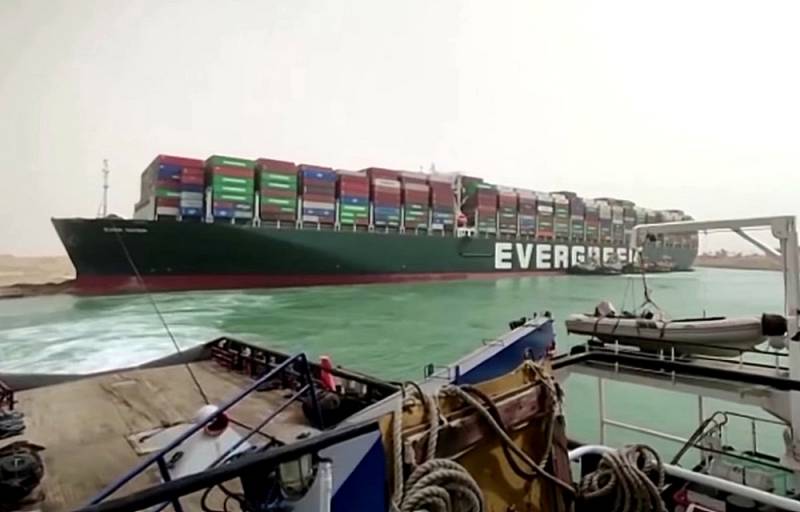 On March 23, an emergency occurred, which in the future could have a serious impact on the entire world the economy... The Suez Canal, long considered the shortest waterway between Europe and Asia, was sealed off by one of the largest vessels in the world, the container ship Ever Given, which ran aground in it. How will all this affect the international trade in hydrocarbons and the shipment of containerized cargo from Asia to Europe?


Thanks to the construction of the canal, the Mediterranean and Red Seas were connected, and ships were able to directly get from the Atlantic Ocean to the Indian Ocean, without skirting the African continent. Before launching it, it was necessary either to sail around Africa, or to unload and add overland transit to the logistic leg, and then again charter and load the ship. The length of the sea route was reduced by 8 thousand kilometers, and the delivery time of goods - by an average of 2 weeks. The economic significance of the Suez Canal for the entire world trade can hardly be overestimated. For a long time, his work was interrupted only during the Arab-Israeli wars. And now history threatens to repeat itself, but in peacetime.

To understand the scale of the disaster, you need to look at the numbers. The length of the canal is 160 kilometers, its width along the water surface is up to 350 meters, along the bottom - from 40 to 60 meters, and its depth is 20 meters. This transport artery is capable of passing vessels with a maximum width of up to 77,5 meters and a displacement of up to 240 tons. And now, at the 000st kilometer of the canal, one of the largest container ships in the world with a length of 101 meters, a width of 400 meters and a draft of 59 meters, was stuck with 15,7 thousand containers on board from China to Rotterdam under the Panamanian flag. According to the latest information, his pilot lost control due to difficult meteorological conditions, a sandstorm, accompanied by a strong wind. The huge ship ran aground, tightly sealing the Suez Canal, and even 20 tugs could not cope with the task, freeing it.

How can this “thrombus” be removed from the circulatory system of the world economy? First, it is necessary to somehow unload the aforementioned 20 thousand containers on an unequipped platform for this in order to lighten the vessel, and then wash out the sand under it. And experts are in no hurry to make optimistic forecasts, on the contrary. The head of Boskalis, Peter Berdowski, who is now trying to get the container ship aground, speaks not of days, but of weeks:

It cannot be ruled out that it will take weeks, it all depends on how the situation will develop. He is now like a huge whale washed ashore. There was a huge weight on the sand. We may need to combine different methods - removing containers, fuel and water from the vessel, using tugs and washing out the sand.
And it will be a cruel and very unexpected blow to the gut of all international trade, 12% of which passes through Suez. In addition to the notorious containers from Asia to Europe, about 600 thousand barrels of oil pass through the canal per day. At present, there are between 10 and 13 million barrels of oil "stuck in traffic", more than a tenth of the daily consumption of "black gold" worldwide. Qatari LNG is also supplied to the European market through this waterway. What will happen in the next 2-3 weeks, while specialists are hastily trying to unload and push the gigantic vessel from the shallows?

The ships will be forced to change their route, bypassing the Cape of Good Hope, which will lead to a delay in delivery. Owners of uncharted vessels will increase the value of their contracts. There is a shortage of hydrocarbons on the market, which will lead to an increase in their quotations. Oil has already grown significantly at once by 5%. The Europeans will have to print the stocks of raw materials in storage. Qatar will not be able to quickly ship its LNG to the EU market, and this will give an unexpected advantage to Russia's Novatek.

Perhaps, Russia is the most beneficial side of the emergency in Suez. And it's not just about the growth in the value of our main export goods, oil and gas. The unplanned blockage of the southern waterway makes the question of the need for an alternative extremely urgent. And it should be the Northern Sea Route. Much has already been said about its prospects: the polar ice is rapidly melting, vast expanses of water are rapidly liberating, and the distance between Europe and Asia is significantly shrinking. Earlier, the Kremlin set a goal to increase the volume of cargo traffic through the NSR to 80 million tons per year by 2024. Last year, these numbers were adjusted downward, to 50 million tons, amid coronavirus restrictions. But the Suez incident could change everything.

Yes, at once those giant container ships that usually go through Suez cannot be transferred to the Northern Sea Route. Now there is a seasonal high ice load, you cannot do without a nuclear icebreaker for escorting. The problem is that the dimensions of the huge vessels are larger than the icebreakers they must follow. The situation can be changed by launching an icebreaker of the Leader project, which is 209,2 meters long and 47,4 meters wide. This is already comparable in size, and the main thing is that the newest icebreaker will be able to operate even in winter. After that, the attractiveness of the Northern Sea Route in the eyes of the customers for shipping cargo will increase significantly.
Ctrl Enter
Noticed oshЫbku Highlight text and press. Ctrl + Enter
We are
US Global Economy: An End That Sneaks Noticeably
US and China want to end Russian Arctic
Reporterin Yandex News
Read Reporterin Google News
39 comments
Information
Dear reader, to leave comments on the publication, you must sign in.