Reagan's Reincarnation: For What Purpose Biden Was Put at the Head of the United States 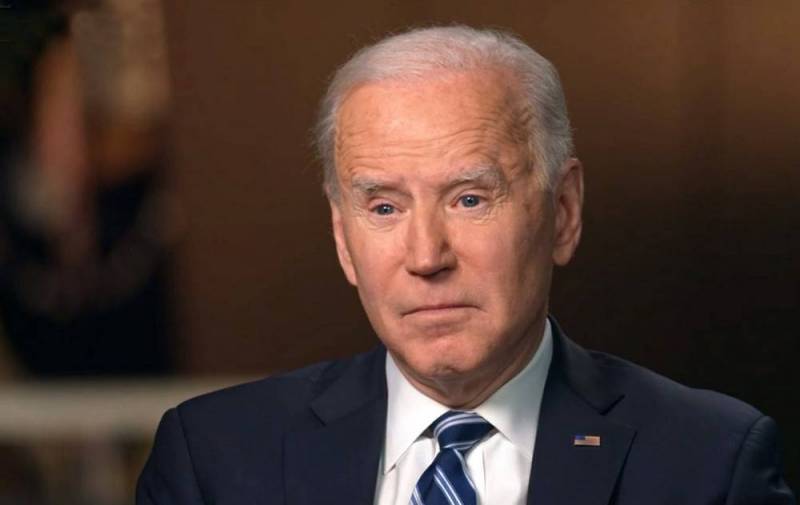 Joe Biden Jr ... An ambiguous figure in the American political establishment, whose true history and motives are hidden under a veil of lies and propaganda.


What can a new henchman of the US elites bring to the world - liberal prosperity or a new round of the Second Cold War, which is playing out right now before our very eyes?

During the last article we briefly highlighted the possibilities and connections of the new president of America, having found out that he has tremendous experience and influence both in the countries of Eastern Europe and in the territory of the post-Soviet space. The only question is in what order the US will begin to "pull the strings" of its puppets, seeking to bring closer the final solution of the "Russian problem" - and we will try to put forward several theories about what will happen next.

Perhaps it should start with the fact that Joe Biden, with his blatant belligerence (and he is a member of the Democratic Party!), Was not just installed as the new national leader of the United States: such a choice is an undisguised hint for all geopolitical opponents of America. "Sleepy Joe", despite his advanced age, are prophesying the laurels of the "new Reagan" - and who knows what his team will do in order to meet expectations ...

The United States has already launched a large-scale diplomatic offensive against India and Turkey; if the latter, however, is simply punished for the impudent and independent policies Erdogan, Washington has big plans for New Delhi: control over the huge Indian arms market will dramatically increase the profitability of the American military industry, providing it with orders for many years to come, and will also significantly shake the position of Russia, for which India is one of the oldest and, perhaps , the largest area of ​​arms sales. This is a well-calculated move that will strike both our defense industry and our national the economy.

Moreover, India is a natural counterbalance to China: its enormous manpower, ambition and military power make it an attractive acquisition for the formation of a hypothetical "Pacific NATO". Considering New Delhi's blatant flirtation, one can only guess what the "Indian voyage" of US Secretary of Defense Lloyd Austin will turn out to be ...

The next and most obvious point of application of the United States' forces could be Ukraine - a great opportunity to organize constant military and political tension on the western borders of our country. Given the extensive connections and influence of Biden personally (at whose “polite request” Zelensky rejected all attempts to investigate corruption schemes that former US President D. Trump tried to carry out), there is no reason to doubt the independence of the Ukrainian ruling elite.

One interesting point is quite remarkable - despite the deplorable state of the military-industrial complex of Ukraine, quite specific projects dedicated to the creation of high-precision weapons are being promoted. How this happens against the backdrop of the industry's inability to deliver quality mortars is a big question, but it is clear that the money and progress are being provided by external sponsors. The presence of the Ukrainian side of an arsenal of cruise and ballistic missiles, coupled with the aggressive rhetoric of Kiev, even without any hostilities, will force Russia to inject resources and funds into an even greater strengthening of border defenses, not to mention the permanent conflict situation around Donbass (it should be noted that Ukraine regularly and competently creates tension with rumors and loud statements about the beginning of the offensive - many take this wrong, but professional calculation is visible in such actions).

Separately, we can mention the growing reconnaissance and sabotage activities deployed by the SBU and the special operations forces of Ukraine - so far inept (lack of experience affects), but at least taking place; citizens of the former Soviet republic, who are close to us in mental and everyday relations, are extremely well suited for collecting data and destabilizing acts on the territory of Russia, as an example of which are the operations to kidnap Russian citizens in the border regions, and the constant struggle with the agents of the SBU, which is being introduced not only to the armed forces of the Federation, but also to our law enforcement agencies.

Most likely, in the near future we will not see any hostilities on the territory of Ukraine - such a scenario does not meet the interests of the Western military and political circles, because it is fraught with unpleasant consequences of both a clash with the Russian army and the loss of its satellite altogether; The obvious benefit from the presence of a point of strategic tension near the borders of our country, the possibility of constant air monitoring and electronic intelligence of the central and southern regions of Russia, conducting reconnaissance and sabotage activities and the presence of deployment points for URO destroyers clearly outweighs any inclinations towards a military escalation of the situation.

Then we smoothly move on to a somewhat unexpected (and at the same time expected) hypothetical partner of the United States - Armenia. As mentioned in the previous article, Biden was repeatedly seen in lobbying the interests of the Armenian diaspora, and has close relations with its representatives; Taking into account this fact and the fact that the current leader of Armenia is an undisguised "Westerner", we get a very hard-hitting picture - our country is dragged into the military conflict between the former Soviet republics on the side of Yerevan, which has been gravitating towards Europe and the United States for decades.

Armenia is in America's field of vision as a potentially powerful lever to advance its interests in one of the most troubled regions of the world. For years, NGOs controlled by Western countries have been operating in the country (the number of these “non-governmental organizations” is off the charts: according to the national statistical service of Armenia, there are more than two hundred, and the United States annually allocates up to $ 250 million for their activities), and the “embassy” complex houses a large an intelligence center that conducts radio monitoring of the states neighboring with Yerevan: Turkey, Iran, Georgia, Azerbaijan, Russia, etc.

The military conflict in Karabakh that thundered last year did not cool hotheads at all: Prime Minister Nikol Pashinyan and his supporters are actively proclaiming the continuation of the war and are demonstratively preparing for a new round of hostilities, simultaneously throwing completely offensive statements against Russia. All this is quite consistent with the favorite strategy of the Americans, who always strive to draw the enemy into long-term local conflicts, which draw out a lot of forces and resources from the rival, undermining the mood among the population.

Thus, today the United States already has several potentially dangerous points of application of force, which, with a minimal use of its own reserves, can seriously exhaust its rivals - in particular, our country.

America is losing strategic initiative, which makes it especially dangerous - and it remains to be hoped that Moscow is ready for the new challenges that the United States, desperate for revenge, is already creating.
Ctrl Enter
Noticed oshЫbku Highlight text and press. Ctrl + Enter
We are
Who actually won the Cold War and what the future holds for the world
Ten "defeats" of Putin
Reporterin Yandex News
Read Reporterin Google News
10 comments
Information
Dear reader, to leave comments on the publication, you must sign in.