Accident or sabotage: What killed the crew of the Tu-22M3 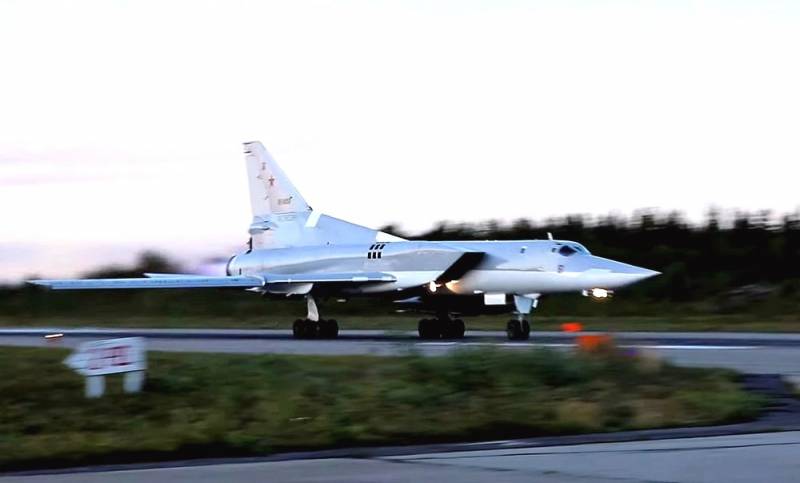 The day before, a terrible and at the same time ridiculous tragedy occurred at the Russian airbase near Kaluga. As reported, due to abnormal operation of the forced ejection system, three of the four crew members of the Tu-22M3 long-range bomber-missile carrier were killed. The plane did not even take off the ground. Additional strangeness of this incident is given by the discrepancy in the information about how the fourth pilot managed to stay alive.


The Tu-22M3, according to NATO's Backfire classification, is rightfully considered an "aircraft carrier killer." The supersonic aircraft is the carrier of air-launched cruise missiles that are capable of striking even the US Navy's AUG. Also on the bomber can be placed nuclear weapons. After modernization, the missile carrier is equipped with a special bar for refueling in the air. The Russian Defense Ministry has high hopes for the Tu-22M3, relying on the Kh-32 and Dagger missiles. And here, out of the blue, such a terrible tragedy occurs. What are the main versions being put forward at the moment?

It is known that the commander of the Long-Range Aviation Regiment, the navigator and the navigator-instructor were killed. The pilot who was sitting in the place of the crew commander survived. Apparently, the so-called test flight was coming, which is mandatory for a pilot who has just left vacation or had a long break in flights for other reasons. That is why the regiment commander was in the same cockpit as an instructor. The emergency happened even before takeoff, when the crew was just preparing for it. For some unknown reason, a forced ejection mechanism was triggered right on the ground. The Ministry of Defense commented on the consequences of this as follows:

Due to the insufficient height to deploy the parachutes, three crew members received injuries incompatible with life upon landing.
And in this message lies the main oddity. Yes, the Tu-22M3 ejection mechanism makes it possible to forcibly evacuate the aircraft even while standing on the ground at zero speed. But why did the parachutes of three pilots fail to open, while the fourth, according to the logic of the message, succeeded? Now, in the comments to this incident, one can find the version that three crew members did not have time to properly buckle up, but the commander had time, and only because he was able to survive. But this sounds rather strange, since the technician monitors how each pilot is fastened, and only after that, at their signal, the cockpit canopy is closed. If, we emphasize, if everything was done routinely, then on the basis of the data available at the time of publication of the publication, it can be assumed that the commander survived, who was not forcibly ejected and remained on the plane. Otherwise, it is not entirely clear why his comrades did not have enough height to deploy their parachutes, but he had enough. However, miracles do happen. In the future, more detailed information will appear, which will bring complete clarity.

In any case, a whole host of unpleasant questions arise. What does the bailout mechanism look like? The crew commander has a special toggle switch at his side, with the help of which he can forcibly "throw" all three crew members out of the cockpit. In order to leave the Tu-22M3 on his own, he must separately pull the ejection handle on his chair. In general, outwardly, this algorithm resembles what actually happened. There is already a version that an inexperienced pilot, who found himself in the commander's chair, accidentally pressed the toggle switch. However, oddities still remain. This three-crew ejection toggle switch cannot be pressed so easily, since it is under a protective cover. It is problematic to suspect a craving for mischief and a desire to play with the emergency evacuation mechanism for combat pilots of Long-Range Aviation.

Accident? Yes, pilots have long criticized the seats installed on the Tu-22M3, which are heavy and uncomfortable, the performance of which directly depends on the presence of voltage in the batteries. There is a known case when the voltage dropped from 24 to 22 volts, and the ejection mechanism refused to work. Also, pilots rightly point out that the new helmets developed for them do not fit very well in size to the seat headrest recess. This alone is already a reason to revise the principles of operation of the mechanism designed to save the lives of long-range aviation pilots.

In addition, a version has already been expressed about a random electrical impulse that arose against the background of unfavorable local meteorological conditions, which could lead to abnormal operation of the system. The information on how many pilots were actually ejected should clarify this issue. And the test pilot, Hero of Russia Anatoly Knyshov, even admits the version about the possibility of some sabotage on board a missile bomber. Whether it is so or not, the investigation will show. But during this period there will indeed be problems with the operation of the Tu-22M3. Who will allow pilots to board an expensive supersonic aircraft until the real reasons for the inoperability of the ejection system have been established?
Reporterin Yandex News
Reporterin Yandex Zen
59 comments
Information
Dear reader, to leave comments on the publication, you must sign in.