Americans lead a convoy of 300 tankers with stolen Syrian oil 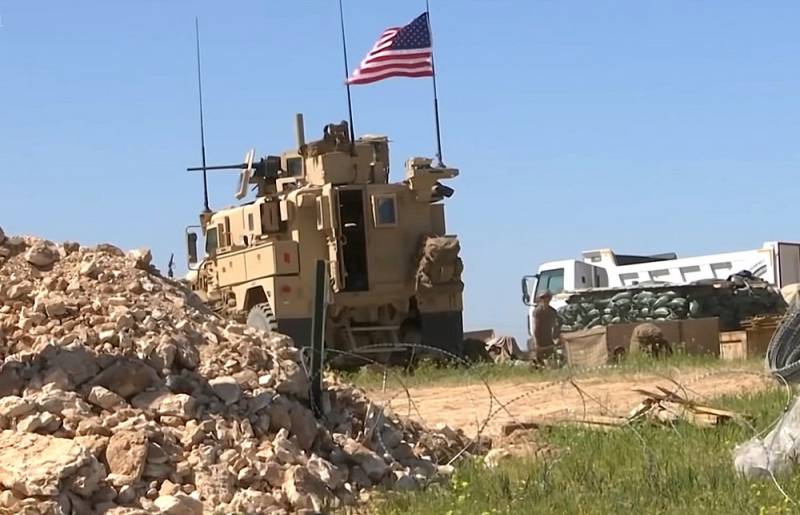 
According to Sana, the shipment of Syrian oil to Iraq passes through the illegal Mahmoudia border crossing.

Syrian Democratic Forces militants, backed by Washington, smuggle about 140 barrels of crude oil into Iraq every day, stealing it from fields in the eastern SAR province of Hasake. According to the governor of this province, Gassan Halim Khalil, appointed by the government forces, the convoys with the oil stolen from the Syrian people are mainly led by the Americans.

The government in Damascus has repeatedly pointed out to the world community that the US military structures are illegally located in Syrian territory and, under the plausible pretext of ensuring security and combating terrorism, are plundering Syria's natural resources.

Earlier, the US military units in the north of the province of Deir es-Zor in the area of ​​the Koniko gas field in the eastern part of the SAR were subjected to missile strikes by an unknown party. According to Al-Mayadeen, there are casualties among the United States military.
Ctrl Enter
Noticed oshЫbku Highlight text and press. Ctrl + Enter
We are
Unidentified forces destroy oil refineries in Aleppo province
Damascus reveals the extent of the plunder of Syrian oil by the Americans
Reporterin Yandex News
Read Reporterin Google News
16 comments
Information
Dear reader, to leave comments on the publication, you must sign in.