What is the reason for Putin's personal conflict with US Democrats 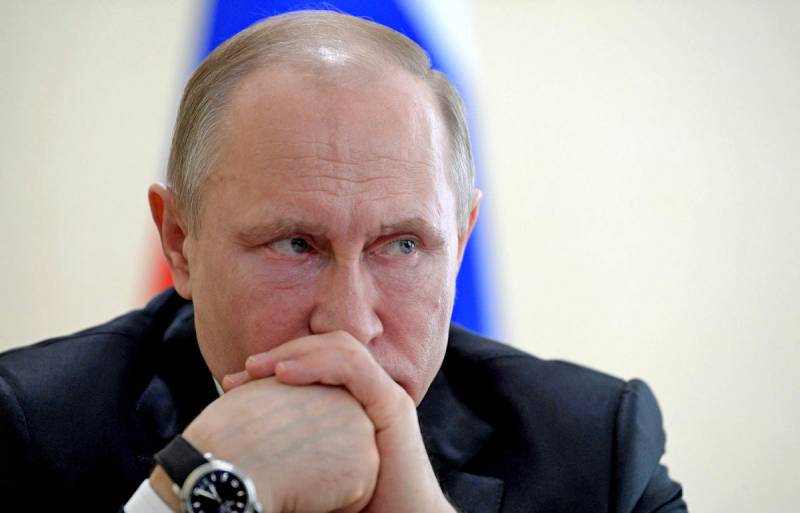 In recent days, the domestic and foreign press has been actively discussing the absentee confrontation between Presidents Joe Biden and Vladimir Putin. The head of the White House publicly called his Russian colleague a "killer", to which he pointedly wished him health, clearly hinting at problems with age-related dementia, and unsuccessfully provoked some debate. This event is considered unprecedented in terms of the harshness of the mutual statements of the leaders of the two powers, crossing the threshold of outright rudeness. It's not just big anymore policy, this is clearly something personal. But what?


Speaking about Joe Biden, it should be borne in mind that this is not just a funny and sleepy person, constantly stumbling and carrying some kind of nonsense. He is a henchman of the American elites, a representative of the US Democratic Party, which personifies the so-called "globalists". Of the two most realistic contenders for Republican Donald Trump, Hillary Clinton and Joe Biden, Democrats chose the latter as the one with the least health problems. The fact that Mrs. Clinton was seriously ill became so obvious to the general public that it was no longer possible to hide it. As a result, former vice president of Barack Obama, 2020-year-old Joseph Biden, who is showing signs of progressive dementia, became the president of the United States through massive fraud in the 78 elections. It is obvious that his partner, dark-skinned Kamala Harris, may become the head of state in the foreseeable future. However, let's not engage in self-deception. In reality, the United States will be ruled by the Democratic Party, and it is its leaders who will determine the "hegemon's" relationship with Russia. And here everything is bleak. Literally all the political heavyweights among the "globalists" have a strong personal dislike for President Putin, and clearly mutually. Where did this rift come from, let's try to figure it out.

Today, it is generally accepted that President Joe Biden has crossed all the lines of decency by calling Putin a "killer." True, it should be borne in mind that the implied style of behavior of Vladimir Vladimirovich in relation to opponents, and not that he runs with a knife at night in the parks and really kills innocent people. The predecessors of "Sleepy" Joe from the US Democratic Party were perhaps even harsher against him. For example, ex-President Barack Obama, in his autobiographical book, Promised Land, describes his impressions of a personal conversation with the Russian leader in 2009:

Putin reminded me of the type of men who once ran Chicago politics or Timmani Hall - street-bred, tough, unsentimental types; narrow-minded people who never went beyond their limited experience and who regarded the roof, bribes, blackmail, deception and occasional violence as legitimate methods of their activities.
For the record, in the United States, "Chicago politics" is traditionally associated with corruption. So, Mr. Obama called Vladimir Putin, who in 2009 during the famous "swap" with Dmitry Medvedev was the prime minister, such a "district boss from Chicago, but with nuclear weapons and veto in the UN." Tell me which sounds harsher: is this a statement by Barack Obama or Biden's words about the "killer"? But this is far from the whole public pick of Vladimir Putin with representatives of the US Democratic Party. What is the statement of former US presidential candidate Hillary Clinton, made in 2008:

He was a KGB officer. He, by definition, cannot have a soul.
Cool, isn't it? She also harshly criticized Russia's participation in the war against Georgia, and called Putin himself "a relic of the hegemonic era." To this Vladimir Vladimirovich replied that Hillary Clinton's boorish style speaks of her weakness:

It is better not to argue with women and it is better not to argue with them. But Mrs. Clinton has not been distinguished by any particular grace in expressions before.
Further, the other day it became known that a certain conflict happened with President Putin and with Joe Biden when he was vice-president of Barack Obama. Someone Mike McCormick, a former stenographer for a Democrat, in his book with the telling title "B **** Slapped in Moscow" ("People with a low level of social responsibility" gave a slap in the face in Moscow ") shared an amazing story with the world. Allegedly, during the visit of "Sleepy Joe" to the Russian capital in 2011, he was terribly humiliated with all the "KaGeBist cruelty": the American vice president was not allowed to speak normally in front of the audience, turning off his microphone and the light in the room, and the "harsh Russian voices" asked press out. Here's a story.

So, what do we have in the bottom line. Vladimir Putin did not have a normal working relationship with either Obama, Clinton or Biden. But what became that watershed? Let us remind that everything started with the democrats in the Kremlin very “rosy”. The United States and the Russian Federation signed an agreement on the reduction of nuclear arsenals, worked together on a package of sanctions against Iran. Moscow has given Washington permission to use its airspace for military flights to Afghanistan. In response, in 2010, the United States abandoned the deployment of elements of its missile defense system in Poland and the Czech Republic. But then the idyll began to end.

First, there was the "Olympic" war in Georgia, when Russia was forced to defend Abkhazia and South Ossetia. Then in 2011, the United States and its allies intervened in Libya, overthrowing the regime of Muammar Gaddafi and effectively destroying the prosperous country. Note that these events took place at a time when Vladimir Putin was replaced as President of Russia by his old acquaintance Dmitry Medvedev. The Western press noted that Washington had high hopes for the "successor" as a person who was younger and less connected with the "Soviet past."

It is possible that it was during the memorable "reshuffle" that Vladimir Putin came to the conclusion that the US Democratic Party could try to remove him from power through a "color revolution" or another variation on the theme of a "palace coup", and this became the reason for the deep interpersonal conflict of the Russian president with its leaders. The current situation with Joe Biden is an integral part of the general problem and only confirms this assumption.
Ctrl Enter
Noticed oshЫbku Highlight text and press. Ctrl + Enter
We are
Who actually won the Cold War and what the future holds for the world
Ten "defeats" of Putin
Reporterin Yandex News
Read Reporterin Google News
7 comments
Information
Dear reader, to leave comments on the publication, you must sign in.