Russia is preparing a quantum leap

July 12 2018
6
The 21st century can rightfully be called the era of quantum velocities. Programmers and physicists around the world are competing with each other to develop the most efficient ways to process huge amounts of data. The most promising areas are quantum computers and artificial intelligence systems. Only in the United States of America there are about two hundred projects that are engaged in the creation of quantum computers and algorithms based on their work, as well as the training of artificial intelligence. 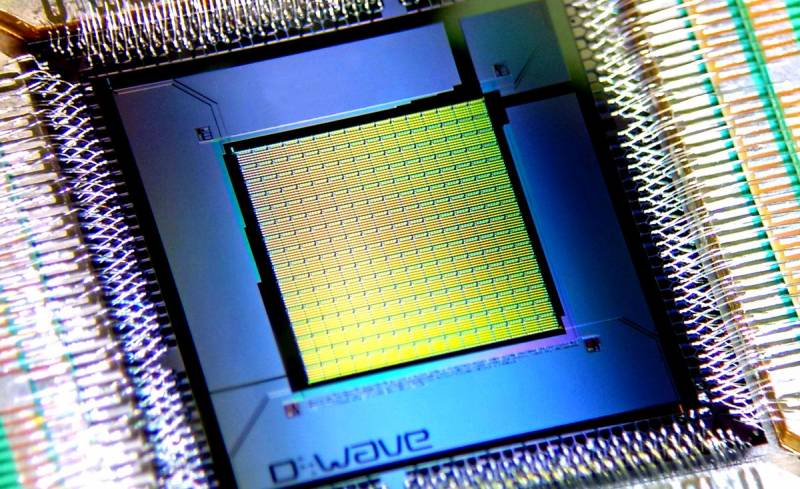 In 2011, the Russian Quantum Center (RQC) was created in Russia. RQC is built atypically: 47% belongs to the quantum development center of technologies and 47,5% to Gazprombank. The ultimate goal of the Russian quantum center is to commercialize the achievements of fundamental science. The main areas of work are quantum sensors, quantum communication, and quantum cryptography. Almost two hundred young Russian scientists and engineers are involved in the project, their average age is 34 years. The Russian Quantum Center is actively cooperating with the Skolkovo Fund, about 1,5 billion rubles of targeted investments have already been spent. One of the co-founders of the Russian Quantum Center was Harvard University professor Mikhail Lukin.

In 2017, with the active participation of Lukin at Harvard, he managed to assemble the first 51-qubit quantum computer. The team of the Russian scientist was ahead of developers from Google, whose computer does not exceed 22 qubits in power. Qubits - quantum bits - are both memory cells and computational modules that store a range of values ​​from zero to one. The Russian-American group from Harvard was able to beat competitors from Google using superconductors thanks to the technology of “cold atoms”.

At present, Gazprombank has allocated $ 1,5 million to the Russian Quantum Center in order to check whether it is possible to use quantum methods to accelerate the work of artificial intelligence. The interest of the commercial structure is extremely practical: the possibility of using quantum neural networks in assessing business risks, managing and trading assets is being considered. For this, the Russian Quantum Center has created three teams, each of which will work in its own direction. The team of Alexei Rubtsov will study the use of machine learning methods in the description of quantum systems, and will also study the theory of quantum neural networks. Alexey Fedorov's group will create a software platform for quantum computing, and the team of Alexander Lvovsky will train neural networks using quantum simulators.

Mikhail Lukin is convinced that Russia has a chance to become a leader in the field of quantum technologies and artificial intelligence systems.
Ctrl Enter
Noticed oshЫbku Highlight text and press. Ctrl + Enter
We are
Russia creates the Eurasian quantum path
What Putin talked about: Russia is preparing a “quantum leap"
Reporterin Yandex News
Read Reporterin Google News
Ad
We are open to cooperation with authors in the news and analytical departments. A prerequisite is the ability to quickly analyze the text and check the facts, to write concisely and interestingly on political and economic topics. We offer flexible working hours and regular payments. Please send your responses with examples of work to [email protected]
6 comments
Information
Dear reader, to leave comments on the publication, you must sign in.