Why are "Russian spies" caught so often in the West? 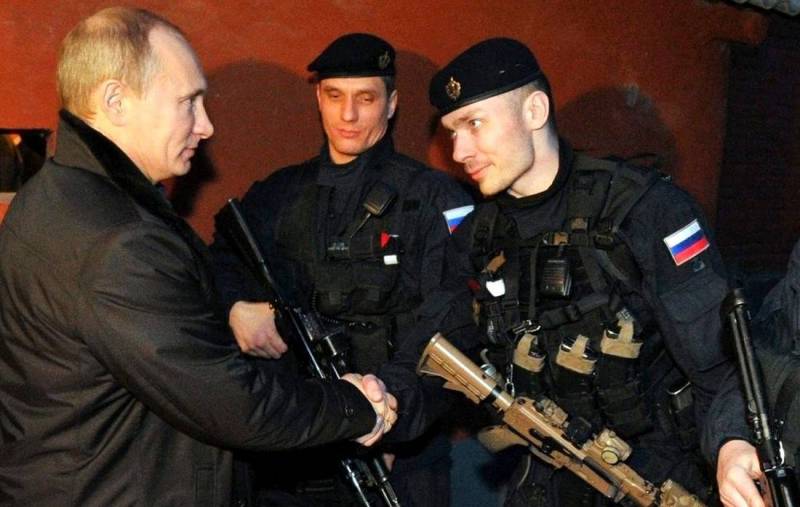 Recently, in the Western information space, there are more and more newsconnected with various spy scandals, with which they are certainly trying to link our country directly or indirectly. Reports of "great successes" achieved by certain countries in "exposing the insidious agents of Moscow" or their declared intentions to resist such and wage an irreconcilable struggle against "all-pervading Russian spies" have become a familiar information background.


If we sum up all these "stuffing", then it may well create the impression that there is no passage from the employees of the domestic special services hunting for other people's secrets either in Europe or in the Americas, and if not a good half of the population of Russia is in the staff of the GRU and the SVR , then, at least, a considerable part of it. Let's try to figure out who and why needs the whipping up of "espionage passions" of this magnitude directed against our country.

Spy on the whole world?

It must be said that intelligence activity, without a doubt, is one of the oldest human occupations. Who owns the information - he owns the world. This principle is relevant, as they say, for all times and peoples. There is no doubt that the first investigators and scouts appeared at the time of stone axes and hunting for mammoths. Since then, the methods of their work have changed considerably, but not its essence. Every state on the planet seeks to learn as much as possible about its neighbors, and not only about them. In this case, preference is given, of course, to those data and information that they are trying to hide. In this issue, as in few others, the ugly principle of applying double standards is manifested: our information miners are, of course, courageous scouts, knights of the cloak and dagger. And strangers are disgusting spies worthy of contempt and harsh punishment. Something like this ... All this is said to the fact that it is not even worth trying to assert: Russia, they say, does not conduct any intelligence activities and even has nothing of the kind in its thoughts. That would be both deceitful and stupid. However, to say that our state is downright obsessed with penetrating the secrets of all countries of the world is also, to put it mildly, an exaggeration.

At the same time, for some time now, in exposing such "intrigues", some have shown downright incredible zeal. Some members of the North Atlantic Alliance, who are definitely not the backbone of its military power, are especially trying to outperform each other. Let us assume that the representatives of the Netherlands, who have not yet proved the facts of industrial espionage, still had (purely theoretically) reasons to suspect the two employees of our consulate in The Hague expelled from the country of an increased interest in local developments in the field of nanotechnology, semiconductors and artificial intelligence - at least by the reason for the presence of such developments. However, the mania for the search for "Russian agents" that gripped Bulgaria looks simply ridiculous!

Nevertheless, Sofia, starting in the second half of 2020, has been persistently striving to come out on top in terms of the number of "exposed" spies sent by Moscow to whom, apparently in the former "fraternal" country, they are smeared with honey. True, in reality all the agents captured by the vigilant local police and counterintelligence agents turn out to be ... their own colleagues! So, as a result of another spy scandal that broke out quite recently, already this year, a number of military intelligence officers were detained in Bulgaria. The "agent network" was headed by one of its former high-ranking officials, who worked, of course, "on the instructions of the Kremlin." Evidence? What are you talking about ?! Most of all, this extremely muddy story resembles either the settling of scores within the local special services, or some foul-smelling provocation, which they themselves started. And in general - it is completely unknown to whom in reality the information was transmitted (if transmitted) by the scouts accused of espionage.

At the same time, the question is very relevant: what is the interest for Russia of the "secrets", for example, of the same Bulgarian army, whose Air Force to this day fly on old Soviet planes and, in general, are not particularly "advanced" in any area? Nevertheless, Sofia, with a tenacity worthy of better use, continues to expel our diplomats from the country, accusing them of espionage. This is a rather strange behavior for a country that is firmly "stuck" to our gas pipeline and generally periodically calls Russia "big brother" ... However, to paraphrase a phrase from a famous film masterpiece, "The Balkans are a delicate matter." Local "spy games", which take place with a unique local flavor, sometimes break all the laws of the genre and turn into a natural comedy. As it was, for example, in Montenegro ...

The story that happened to the small Balkan country is, of course, not unique. Something similar, I remember, was still described by Gogol ... It so happened that a mysterious guest from the United States came to Montenegro, who made it clear to the locals that he was nothing more than an official from the American State Department who had arrived incognito. This character had nothing to do with such a serious department, as it later turned out, and was a swindler of the highest standard. But it turned out a few months later, which the rogue spent very smartly on the Adriatic coast, where Montenegrin officials periodically came to him, including the country's Deputy Prime Minister Dritan Abazovic. The scandal, as you know, was followed by a deafening one ... One of its episodes was the "showdown" within the walls of the security committee of the local parliament, where the head of the local National Security Agency Dejan Vuksic was asked a direct question: what kind of mess is going on in the country ?!

In response to the accusations that his service "does not catch mice", the head of the NSA began to cut the uncombed, ugly truth from the parliamentary rostrum: they say that there is no living in Montenegro from the various NATO special services that flooded it, who are here solely for one purpose - to spoil the Russians. And in order not to be accused of idle talk, Vuksic immediately announced a couple of the names of the scouts from the Alliance, and at the same time the names of his own subordinates, who were forced to play the role of errand boys for them. Do you know what this led to? Pravdorub was quickly gagged, accusing him of "disclosing classified information." Now a whole series politicians demands not only to dismiss Vuksic, but to bring him to justice and solder a full 10 years in prison. Because he, you see, "proved by his speech that he works for the special services of Serbia and Russia," and also "seeks to embroil Montenegro with NATO." No comment...

The "ears" of very specific "offices" of the North Atlantic Alliance (primarily the United States and Great Britain), upon closer examination, very clearly "stick out", in fact, from each such "revelation". For example, two Russian diplomats expelled from Colombia last December and accused of one of them being an employee of the GRU and the other of the SVR were “disclosed” solely “thanks to information received by the government from the US and UK special services”. The corresponding recognition, which later became the property of the local press, was made not by anyone, but by the Colombian president himself. This is how people in the embassy worked for themselves until the "white gentlemen" pointed their fingers at them and said: "Well, these are Russian spies!" They, it turns out, “were engaged in the collection of important information in the field economics, politics and science ", Colombian science - it sounds, of course ... However, there were those who managed to find a" logical "explanation for the allegedly revealed activity of our special services in this country - they, it turns out, carried out there" support for the dictatorial Maduro regime ", and "countering the development of the Colombian oil industry." Demonstrations by local ecologists against hydrocarbon production are an unambiguous manifestation of the "hand of Moscow"! Didn't you know ?!

Of course, their authors themselves do not believe in such false theories. Yes, they have no purpose to cook something at least more or less reliable. The main thing is to accustom the whole world to the simple idea that every diplomat from Russia is by all means a "spy engaged in subversive activities." Why is there a diplomat! All Russians are spies without exception! By "promoting" this thesis, both Washington and London are simply trying to create grounds for treating our diplomatic staff as they please, anywhere and anytime. Why stand on ceremony - scouts, "sent Cossacks"! And, by the way, not only with them ...

As it became known, in the UK, in pursuance of the recently announced defense doctrine of the state, a new special unit will be created - specifically to combat "hostile state entities of Russia", which primarily mean domestic intelligence services. And also - by the intelligence services of China, Iran and North Korea. United Kingdom Chief of Staff Mark Carlton-Smith, formed from the Special Airborne Service (SAS) Ranger Regiment and some other units of the Special Forces Group (SFG), said the team will work closely with British foreign policy MI6 “to suppress Russian interference all over the world". Please note that this is in no way about the establishment of a new counterintelligence structure, but about a shock group for carrying out purely military operations. This conclusion is also supported by the fact that the sphere of official duties of the new special forces will include "searches of houses and cars", as well as similar moments related to the sphere of tough and contact interaction with the enemy. In the role of such, I repeat, "Russian intelligence" is indicated and, what is no less interesting, "PMC Wagner", which haunts the West.

Thus, the British are ready to move from unfriendly actions carried out within the framework of diplomatic protocol and international conventions to direct and open war. Moreover, they are downright eager to start it. Here is the answer to the question of why spy mania is involved in Russophobia. It is for this.
Ctrl Enter
Noticed oshЫbku Highlight text and press. Ctrl + Enter
We are
"We must beat first": the geopolitical alignment around Russia is continuously deteriorating
GRU authorized to inherit
Reporterin Yandex News
Read Reporterin Google News
14 comments
Information
Dear reader, to leave comments on the publication, you must sign in.