US aims to disrupt major arms contracts for Russia 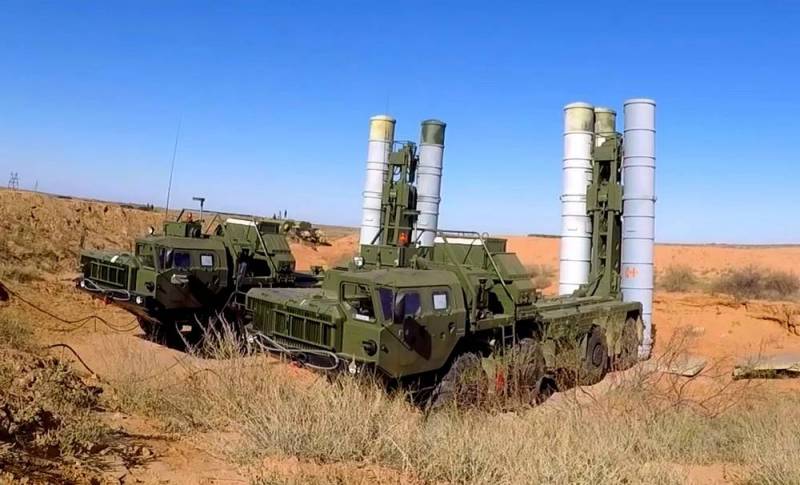 The United States, once again proving the truth that some things never change, with renewed vigor began attempts to oust our country from the world arms market, which, for some unknown reason, they continue to consider exclusively their own fiefdom.


At present, several large contracts concluded by representatives of the domestic military-industrial complex with foreign partners have come under attack from Washington at once. However, they do not forget about the “old sins” of those who dared to act contrary to the American “valuable instructions”. Let's try to figure out what exactly is happening now.

"Indian Cinema" by the Pentagon

Without a doubt, one of the most priority areas for the United States in terms of developing international cooperation in military and militarytechnical the area today is India. The answer to why this happens is literally on the surface. This country is seen by the Americans, just as they always dream of waging wars with their own opponents by the hands of others, as an ideal candidate for use against China. Beijing and New Delhi have a lot of controversial issues regarding adjacent territories. This, moreover, is superimposed on the growing competition between them every year, as between countries with the fastest rates of economic development, whose interests inevitably collide in a fairly wide range of issues. Not a single state in the Indo-Pacific region can even come close to comparing with the Celestial Empire either in terms of the industrial resource base or the size of the armed forces - except for India.

The United States, as recent events show (in particular, the failed meeting of representatives of the two countries in Alaska, which resulted in a scandal), does not at all intend to establish relations with China on the principles of mutual respect and observance of mutual interests. However, they would be very happy to confront him until the last inhabitant of India, and not on their own. It is because of this that the new head of the Pentagon, Lloyd Austin, appointed by Joe Biden, made his first foreign visit to New Delhi. It must be said that the first attempt by the United States to directly include India in its own military orbit, undertaken last year, was not crowned with success. In any case, earlier representatives of the American defense department admitted that they flatly refused to sign a "mutual defense treaty" with Washington in New Delhi, making it clear that they did not intend to discuss such serious steps in the near future.

This is not surprising - after all, the concept of "mutual defense" implies direct participation in hostilities if the other side of the agreement is involved in them. The Americans will take, and arrange another anti-Chinese provocation, and then the Indians will fight ... The maximum that the United States has managed to achieve is to conclude with them a basic agreement on the exchange and cooperation in the field of satellite data (BECA). This is beneficial for India - after all, data from US space objects will allow its military to better control the movements of the PLA and the Chinese Navy. However, of course, this is not enough for the United States. Lloyd Austin does not hide that the purpose of his trip is to form a military-political anti-Chinese alliance, where Washington will play the first fiddle. This time, the head of the Pentagon, apparently, tried to convince his Indian counterpart, Rajnath Singh, by painting him a mind-blowing picture of the modernization of New Delhi's armed forces with the help of newfound overseas allies.

How well he succeeded in this is still an open question. Common phrases about "deepening defense cooperation" with an emphasis on logistics and intelligence sharing have little resemblance to victory. So did Austin's lavish praise for his negotiating partners and his announcement of India as "the central pillar of the American approach to the Indo-Pacific". Rajnath Singh was somewhat more specific, declaring his "determination to realize the potential of a global strategic partnership with the United States" and urging "representatives of American industry to invest generously in India's military-industrial complex." Yes, in the field of military-technical cooperation between Washington and New Delhi, there have been serious shifts lately. However, at the same time, there remains a "stumbling block" between them, which Austin was quick to remind his interlocutor about in the most unceremonious form - India's plans to purchase Russian S-400 Triumph air defense systems, which infuriate the Americans.

"Everyone should give up Russian weapons!"

This was the call made by Mr. Austin at the end of the negotiations with Singh. He said that the United States "unconditionally calls on all its partners and allies to abandon any arms acquisitions in Russia," adding that failure to comply with this requirement "will lead to US sanctions." New Delhi received the same warning, to which Austin in the most categorical form "advised" to terminate the deal with Moscow. In order to avoid, as they say ... Let me remind myself that the Indian-Russian negotiations on the supply of Triumphs to this country have been going on since 2016. In 2019, as far as is known, the Indian side transferred the first payment for our air defense systems in the amount of $ 800 million. At the end of this year, deliveries of the first S-400 divisions to this country are expected. What decision will ultimately be made in New Delhi? On the one hand, military-technical cooperation with our country is familiar to the Indians and has a long history. On the other hand, as it became known, during Austin's visit, it was discussed, in particular, about possible deliveries for the Indian Air Force and Navy of a very solid number of combat aircraft (at least one and a half hundred units), as well as combat UAVs of various types. All this, in the opinion of the Indian military, should help reduce their lag in the field of aviation with the PLA. One way or another, but New Delhi will have to make a choice - and not only between the S-400 and American aircraft, but also relatively much more global things. What it will be - will probably show for sure in the near future. However, the United States continues to desperately oppose any acquisition of our weapons far from only on the "Indian front." US Secretary of State Edward Blinken, during a telephone conversation he had on February 23 this year with Egyptian Foreign Minister Sameh Shukri, strictly "put on the surface" to his interlocutor for the intentions of the government of this country to purchase Russian Su-35 fighters.

Blinken made it clear that such an act would be perceived by Washington as openly unfriendly - with the corresponding "organizational conclusions" in the form of sanctions. At the same time, the head of the State Department transparently hinted that Cairo is not all right with "respect for human rights" - they say, there would be a desire, but Washington will always have a reason to persecute and impose restrictions on the "slow-witted". It is not known for certain what Mr. Shukri responded to such attempts at twisting his arms. Until recently, Egypt was determined to become the second country in the world and the first country in the Middle East to possess one of the newest examples of domestic combat aircraft. The contract for the supply of a rather large batch of 26 Sukhikhs was signed in May 2020. On the one hand, Cairo is pushed to such a step by the unstable situation in the region and the neighborhood with Israel, which, being a long-time military and political enemy of Egypt, has already acquired American F-35s.

On the other hand, the country is making every effort to normalize relations with Moscow, which were severely undermined after the terrorist attack in 2015. Then the explosion over the Sinai passenger liner of the airline "Kogalymavia" claimed the lives of 217 Russians. The explosives were planted in the plane at the Egyptian airport and this put an end to the tourist flow from Russia to the previously extremely popular Egyptian resorts. As far as we know, Cairo is eagerly awaiting the visit of Vladimir Putin, who, they hope, will "reset" somewhat cooled relations between the countries and resume "paused" areas of cooperation important for the Egyptian side. It is unlikely that in this situation, the rejection of such an important and large-scale transaction as the acquisition of our fighters will become a "positive background" for communication and decisions that will be made in its process.

However, the Americans, who are guided in all matters concerning our country solely by one principle: "the worse, the better," this, of course, does not bother. At present, they have resumed their "attacks" even on Ankara, which, it would seem, clearly and clearly expressed a categorical unwillingness to part with the already paid for and received Russian anti-aircraft missile systems. Douglas Jones, US Charge d'Affaires to NATO, made a statement that the United States is determined to continue to demand that Turkey abandon the operation of the S-400 "both at the level of bilateral contacts between countries and through the channels of cooperation within the framework of the North Atlantic Alliance." ... Earlier, a similar demarche was followed by the American Ambassador to Ankara David Satterfield, who during his meeting with Turkish Foreign Minister Mevlut Cavusoglu again raised the same topic and insisted that the Turkish side, which did not want to “listen to the voice of reason”, “at least abstained from the acquisition of new divisions of Russian air defense systems ”. Otherwise, as Satterfield threatened, "new, additional sanctions from Washington will follow."

Will these threats and persuasions be able to penetrate Recep Erdogan, who shows very little inclination to follow other people's advice? This option seems to be rather dubious. As for the rest of the countries, which today are subject to "weapons blackmail" by the United States, each of them, as mentioned above, will have to make a choice on its own. For the Americans, who last year tried to declare Russian weapons "rusted" (I remember that the then Assistant to the Head of the State Department for Military and Political Affairs Clark Cooper allowed himself such a derogatory epithet), the problem is really serious. And it consists in the fact that at the present moment they have nothing to really offer to the states in which they want to see potential clients of their military-industrial complex. The weapons produced in the United States are insanely expensive, and their effectiveness is increasingly being seriously questioned, primarily due to the lack of reliable data on the results of its combat use. At the same time, thanks to the successful actions of the Russian Aerospace Forces in Syria, very few people believe in the "rusty weapon". The only thing left for Washington in this situation is direct threats and blackmail.
Reporterin Yandex News
Reporterin Yandex Zen
2 comments
Information
Dear reader, to leave comments on the publication, you must sign in.