Russia prepares for revenge in Syria: what is behind the campaign of the BDK in the Black Sea 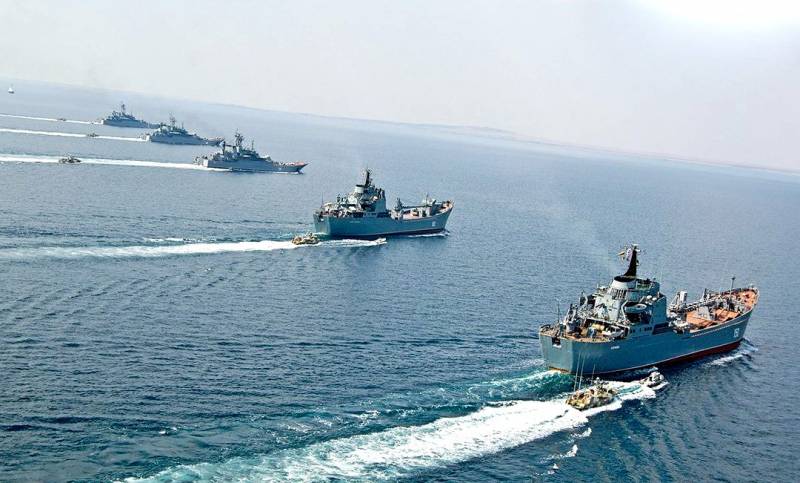 Strange things are happening on the Black Sea these days. In response to the multinational exercises of the NATO bloc "Sea Shield-2021", the Ministry of Defense of the Russian Federation first expelled all submarines of the "Varshavyanka" class, which are in service with the Russian Black Sea Fleet, and now "for strengthening" directed four ships of the Baltic Fleet into the Black Sea area, thereby weakening our western flank. The strangeness lies in the composition of the flotilla that goes "to the rescue", as well as in the path it has chosen. What is the Russian defense department really trying to achieve?


So, let's figure out what is the reason for our doubts. In more detail about the exercises "Sea Shield-2021", their goals and objectives, we already told earlier. In large-scale maneuvers at sea and on land, more than two thousand servicemen of the North Atlantic Alliance, combat aircraft and 18 ships at once, among which there are cruisers and destroyers of URO, frigates, corvettes, minesweepers and tugs are involved. In response, the RF Ministry of Defense demonstratively put out to sea all our best Varshavyanka-class diesel-electric submarines equipped with anti-ship missiles and Caliber-PL cruise missiles capable of striking from a submerged position. Against the NATO fleet, this is the right thing. If you believe the statements of the military department, one "Varshavyanka" left for the Mediterranean Sea, and five others remained in the Black Sea water area, where, presumably, they are practicing maneuvers of covert approach to a potential enemy at a distance of an effective missile strike.

This all makes sense, but this is strange. Four surface ships sail from the Baltic to the Black Sea, including one corvette and three large landing ships (BDK). How even theoretically can they withstand the cruisers and destroyers of the NATO bloc's missile defense system? What could be the practical benefits of practicing such a redeployment? It is clear that in wartime nothing can actually be sent from the Baltic to the Black Sea through the English Channel, Gibraltar and the Turkish Straits. Interesting questions, and the possible answer is even more interesting. 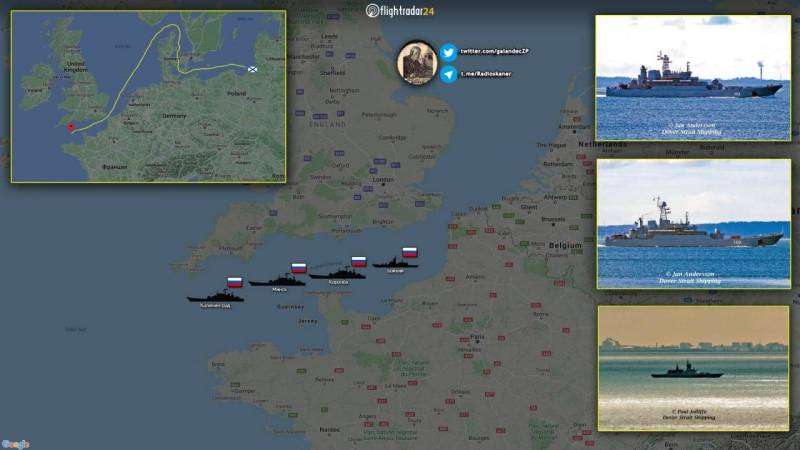 Let's fast forward a little further south. There we have Turkey, our "sworn" partner, which is currently pursuing an active expansionist policies... The pan-Turkist project of President Erdogan, which can include in some supranational association, in addition to Turkey itself, Azerbaijan, Uzbekistan, Kazakhstan, Kyrgyzstan and even Turkmenistan, is a direct competitor to the Russian CSTO and the Eurasian Union. Just a few months ago, Ankara made a big step forward in realizing its geopolitical ambitions by providing decisive assistance to Baku in defeating the Armenians in Nagorno-Karabakh. In return, Turkey received a new land transport corridor through the territory of its closest ally, Azerbaijan, to the Caspian Sea. What's next? And then, in order to implement the concept of a "logistic superpower" and create an "Eastern NATO" led by Turkey, "Sultan" Erdogan needs to take the next step, drawing Kazakhstan into the orbit of his interests, located on the other side of the Caspian Sea and being the key to Central Asia. And he is doing it now.

On March 30 and 31, the Turkish president will visit Kazakhstan, and the agenda includes issues of deepening economic and military-technical cooperation. Ankara and Nur-Sultan intend to more than triple the volume of mutual trade, and the Turkish parliament has already ratified an agreement on military cooperation. In particular, the Kazakh side is interested in the issue of purchasing and joint production and subsequent maintenance of strike UAVs. Nur-Sultan is also showing interest in Turkish armored vehicles. Among other things, the two Turkic-speaking states are discussing among themselves the issue of possible joint training of military personnel.

In general, it is high time for the Kremlin to be on its guard. Kazakhstan, with its northern regions inhabited by a Russian population, could become a source of contention between Moscow and Nur-Sultan. And, apparently, the RF Ministry of Defense has begun to prepare a response. It is clear that we are not yet ready to fight directly with the Turks, so it will take place in the "proxy" format. It is very likely that the Kremlin will respond to Turkey's eastward expansion into the zone of Russian national interests in the Syrian direction, in Idlib.

Recall that the northern part of this province is still occupied by Turkish troops, and various pro-Turkish terrorist groups are based there. President Bashar al-Assad punches himself in the chest, promising to squeeze out this abscess on the body of his country, and takes steps to prepare for the offensive. Over the past year, government troops have gradually accumulated in northern Syria. Artillery is working, and the Turks are scribbling official complaints:

The Assad regime, which previously attacked a hospital in Atarib, has now launched a missile attack on the Qah residential area in the Idlib de-escalation zone and a truck and trailer park in the Sarmada area. Many farm animals have died in Kakh, and seven civilians have been injured in a truck and trailer park.
True, according to other sources, the Russian Iskander-M OTRK deployed at the Khmeimim airbase worked on Kakha, and they did not hit pets, but aimed at the headquarters of the pro-Turkish militants. The missile successfully hit the target, flying a distance of 120 kilometers. And this is not the first time that Iskanders have knocked out the military infrastructure of terrorist groups. Not too long ago we toldhow the "logistics center" was destroyed by a similar blow, where oil products and fuel were accumulated, intended, among other things, for refueling tanks and other armored vehicles of militants. The RF Aerospace Forces have also become more active recently.

There are all the signs of preparations for an offensive by Syrian troops on the Turkish enclave in the SAR with the support of Russian allies. In this context, the transfer of three large landing ships from the Baltic to the Black Sea at once acquires a new meaning. They are useless there against the NATO fleet. But they are the very thing for the operation of the "Syrian Express". Russian large landing ships will be able to transport tanks, other armored vehicles and artillery to help the Syrians, loading in Crimea. The Turks will not stop and inspect warships in their straits. By the way, the information about the sailing of all our "Varshavyankas" began to play with new colors. Placed on them cruise missiles "Caliber-PL" can be used to attack the infrastructure of terrorist groups in Idlib.

If our conclusions are correct, the Kremlin is responding to Ankara's attempts to expand its influence in Central Asia with the offensive of the Syrian government on Idlib in the very underbelly of Turkey. Perhaps it should have been done even a little earlier, during the war over Nagorno-Karabakh.
Reporterin Yandex News
Reporterin Yandex Zen
45 comments
Information
Dear reader, to leave comments on the publication, you must sign in.