Enforcement of the law: why Twitter's demarche is not accidental 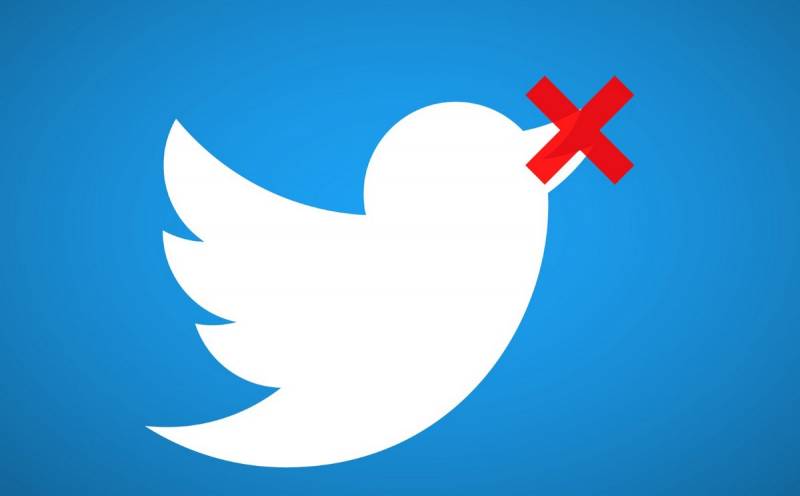 News the slowdown and possible subsequent blocking of Twitter in Russia are mistakenly perceived by many experts in a similar vein to the blocking of the Telegram messenger that was unfolding earlier. At the same time, it is important to understand that there are fundamental differences between them. The root of the stumbling block in the conflict between Telegram and Roskomnadzor was the encryption keys - the messenger authored by the founder of Vkontakte Pavel Durov, who settled in Dubai, provided end-to-end encryption, which did not imply the possibility of transferring his keys to third parties.


Nevertheless, in exceptional cases, such as, for example, counter-terrorism operations, such access may be vital for special services in order to ensure the safety of the whole society. As a result, Telegram began cooperation with the authorities in the fight against terrorism and drugs, and in June 2020, its blocking (even if its effectiveness raised questions) was terminated.

Unlike Telegram, Twitter is not a messenger. Twitter is a social network. An extremely politicized American social network that violates the principles of free speech and interferes in the internal affairs of other states. Although, it would seem, if the posts in it are posted by the users themselves, how is this even possible? To do this, Twitter has recommendation algorithms that invite new users to subscribe to “live” accounts. As the Deputy Chairman of the Security Council of the Russian Federation Dmitry Medvedev said, Twitter offered his friend to subscribe to Navalny's account immediately after registration. And this happened exactly at the moment when the supporters of the latter tried in every possible way to destabilize political the situation in Russia, calling for rallies throughout the country, including minors, especially vulnerable to inaccurate information received via the Internet.

However, the slowdown of Twitter announced by RKN is not related to the work of the aforementioned algorithms, but to 3168 materials prohibited in accordance with Russian law, but still available on the pages of the social network. And all this despite more than 28 thousand initial and repeated requests to remove illegal information sent by Roskomnadzor to Twitter Inc. from 2017 to the present day.

Of course, more than three thousand materials that have not been deleted by Twitter in four years, at first glance, look like boring dry lines of statistics, if you do not think about what kind of materials it is. 2569 calls to commit suicide by minors. 450 posts with child pornography. 149 - with information on drug use. The last straw, according to Roskomnadzor, was the demonstrative disregard for the demands "to remove calls to minors to commit mass suicide on March 3, 2021."

What is such behavior, if not a demonstrative, deliberate violation of Russian laws, encouraging a destructive effect on Russian citizens? For the storage and distribution of the same child pornography, there are deadlines not only in Russia, but throughout the world. But they are relied on for individuals - individual users. A social network can always refer to the fact that "it is simply not able to control the entire flow of information posted on its pages." Notwithstanding the best machine learning talent, the best content filtering software and billions of dollars in revenue every year. However, as the scandal with Cambridge Analytica showed with systematization, in-depth analysis and the subsequent sale of user data, social networks, in particular Facebook, are coping quite successfully.

But let's say Twitter really is "failing." But for this, there is Roskomnadzor - a body that monitors compliance with Russian legislation on the Internet and sends direct links to the administration of the service to the content submitted for removal. However, Twitter not only ignores about a third of RKN requests, but also independently unilaterally blocks the accounts of Russian organizations and users who violate, in his opinion, the "terms of service."

So, in February 2021, the official account of the Russian delegation at the negotiations on security and arms control in Vienna was blocked. At the same time, dozens of Russian accounts were blocked, which, according to Twitter, "undermine faith in NATO" (direct quote from an official press release issued by the administration of the social network). The head of the Russian delegation, Konstantin Gavrilov, then rightly called it "an example of blatant censorship." However, it is important to understand that this is far from an isolated case. According to Roskomnadzor, "in 2020, 24 cases of censoring of Russian media by foreign Internet companies were identified." In particular, RT, RIA Novosti, Sputnik agency, as well as TV channels Tsargrad-TV and Crimea 24 were censored. Moreover, the account of the Russian TV channel Tsargrad was blocked by Youtube forever.

In 2021, this trend not only continued, but also intensified. Blocks have already reached individual journalists and articles. So in February 2021, the social network Clubhouse, which had barely begun to gain popularity, already managed, albeit temporarily, to block the Russian journalist Vladimir Solovyov. In addition, in March of this year, Facebook blocked an article by RBC on the detention of alleged supporters of the Ukrainian radical group MKU in Voronezh, citing the conclusions of an expert at the Ukrainian website StopFake. And just recently, on March 18, 2021, Youtube blocked the Vesti Krym channel for a week, forbidding it to post new publications and conduct live broadcasts. The reason was the publication of a video under the title "This is who is held in high esteem in Ukraine: video of the crimes of the Nazis Waffen SS against the people of the USSR." As noted on the TV channel "Russia 24", which, like Vesti Krym, is part of the VGTRK structure, this was motivated by the fact that "supposedly this video violates the rule prohibiting the demonstration of violent actions against individuals or a certain group of people, or contains calls to commit them." ...

Looking at all these blockages, it becomes obvious that an open campaign to censor Russian media is gradually unfolding among the American social networks operating in Russia. Corporations Facebook, Twitter and Alphabet (a holding that includes Google and Youtube) sometimes not only do not seek to comply with Russian legislation, but also openly violate it, neglecting the freedom of speech so often flaunting by the American media.

Nevertheless, despite the disregard for Russian users and interference in the internal affairs of Russia, Roskomnadzor does not hack off the shoulder and gives them the opportunity to independently take measures aimed at correcting the current situation. Because despite its undoubtedly engaged policy, the same Twitter is still a platform for expressing one's own opinion, and freedom of speech remains one of the cornerstones of Russian society. In contrast to the USA, where the accounts of politicians unwanted by the left-liberal agenda are simply blocked, as we saw on the example of the Twitter account of the 45th President of the United States, Donald Trump, who at once lost a channel of communication with 90 million of his supporters. Imagine something like this in Russia, where the account of the same Navalny VKontakte, despite all his activities, no one thinks not to delete, but even to limit in any way, is simply impossible. And this is good. After all, as the catch phrase attributed to Voltaire says, "I do not agree with a single word that you say, but I am ready to die for your right to say it." This is still the case in Russia. Overseas - no longer.
Ctrl Enter
Noticed oshЫbku Highlight text and press. Ctrl + Enter
We are
“With Russians it’s worth playing fair or not playing at all”
Where is Russia going?
Reporterin Yandex News
Read Reporterin Google News
32 comments
Information
Dear reader, to leave comments on the publication, you must sign in.