Loss of Russian transit pushes the Baltics towards reindustrialization 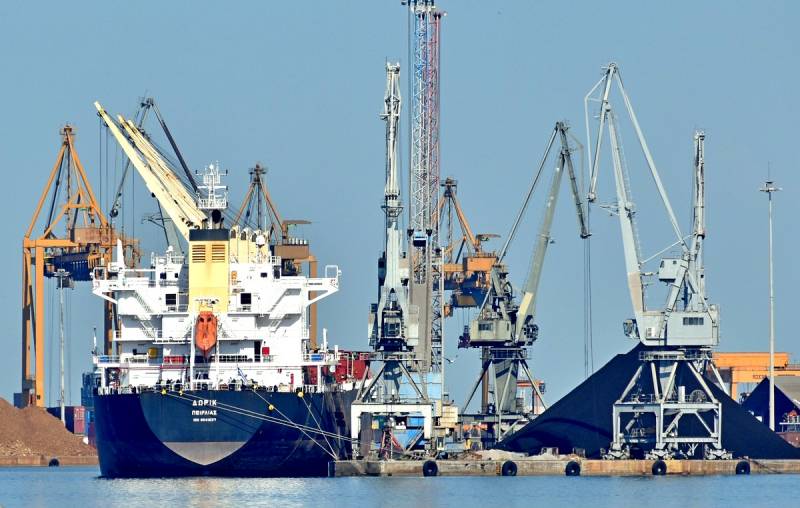 Policy The economic pressure exerted by the Kremlin on the Baltic countries in recent years has produced an unexpected, but at the same time quite expected result. Having lost Russian, and at the same time Belarusian transit flows, the Balts are now thinking about reindustrialization. The presence of such plans was announced by the head of the Latvian government Krisjanis Karins. What can come of this?


This all sounds pretty ironic. The fact is that the Baltic States inherited from the USSR a developed heavy industry, which they began to rapidly get rid of after gaining independence, and Latvia was the undisputed leader in this process. Everyone has heard the names of RAF, VEF, "Alpha", "Radiotekhnika" and other successful Latvian brands. All of them were immediately called “Soviet monsters”, ineffective, energy-consuming and unprofitable, and therefore pulling Latvia back into the “scoop”. In terms of the rate of liquidation of its industry, Riga has overtaken even Vilnius and Tallinn. Instead, it was predicted to become the "Baltic Switzerland", where the main stake will be made on the banking and insurance sector, and the level of welfare of Latvians will approach Scandinavia.

What came of this in practice is well known. More than half of the working-age population of the Baltics has left for other EU countries, where there is work and wages are higher, and is not going to return. In addition to "Riga Balsam", sprat and the confectionery factory "Laima", there are no special productions left in Latvia. What else kept the "Baltic tigers" afloat? Of course, their traditional transit role between Russia and Belarus, on the one hand, and Western Europe, on the other. Oil products, mineral fertilizers, coal and other bulk cargoes were transported through Latvian and Lithuanian ports.

However, the proprietary Russophobia of the Balts was also cut down on this bitch. Moscow several years ago began the process of reorienting its cargo flows to its own ports on the Baltic Sea. Now Minsk was forced to follow her example, deciding to teach Lithuania a lesson for its “Lukashenka phobia”. Half of the export volumes of Belarusian oil products will go through Ust-Luga, and potash fertilizers may follow in the future. Riga's hopes to intercept them from Russia did not materialize. The most interesting thing is how the Latvian authorities are now commenting on this. What is the speech of the head of the government of the country Krisjanis Karins, who said the following:

It is an outdated idea that transit will save us. Bridge between East and West. Well, where will he take us ... And this is the most transitory thinking - to buy, sell, carry, that we will become rich - therefore we are not rich.
The approach is original, you can't say anything. It turns out that over the past thirty years Latvia has not grown rich to the Scandinavian level only because it was forced to carry Russian transit cargo. Indeed, coal is a dirty, environmentally harmful thing, it is better to carry some containers instead, but where will they come from? No answer. In general, we have before us a typical example of "positive thinking". Even more interesting is the recipe for success that Krisjanis Karins, a native of the United States, proposed for Latvia:

The antidote is reindustrialization, which means jobs and wages for people.
The head of government proposes to carry out a kind of "intellectual industrialization" in the country, which will create new high-paying jobs for a large number of people, and it must be done with the money of the European Union. What a twist! In essence, this means recognizing the fallacy of the entire previous economic course over the past 30 years, when systemic de-industrialization was carried out. And we must admit that the conclusion made by the Prime Minister is correct, but what will come of it in practice?

At first, out of those € 2 billion of the European Recovery Fund economics, on which Karins is counting, only 5% of the amount is allocated directly to economic development. There is not much to roam here: sawing factories for scrap is not at all like building them from scratch.

Secondlywho will work in these "intellectual" industries? This requires highly qualified personnel, and with them in Latvia strained. Those who had previously left to work abroad, but they did not learn the new ones as unnecessary. Soviet research institutes and design bureaus have been liquidated, and the professional technical education has practically been destroyed due to the forced translation of the education process into the Latvian language.

Thirdly, it is not entirely clear why the head of the Latvian government believes that the reindustrialization of the Eastern European periphery will be approved by Berlin and Paris, which objectively do not need any competitors. The Western European market has long been divided, no one needs new players on it. In theory, sales are possible in the Eurasian Union, but given the current political course of the Baltic states, this is simply unrealistic.

Thus, a certain voice of reason in the leadership of the former Soviet republics is gradually beginning to wake up, but real changes are still very far away.
Ctrl Enter
Noticed oshЫbku Highlight text and press. Ctrl + Enter
We are
Break with Russia: Ukraine experienced the fate of the Baltics
Peace enforcement operation. Russia inflicts a preemptive strike on Kiev
Reporterin Yandex News
Read Reporterin Google News
14 comments
Information
Dear reader, to leave comments on the publication, you must sign in.