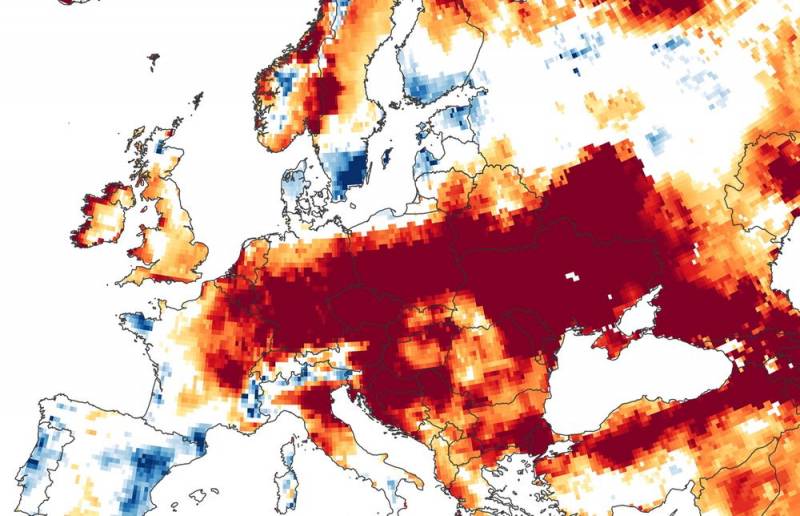 According to climate scientists, since 2015, Europe has experienced the driest period in the last 2 thousand years. They are confident that we can talk about the arrival of the strongest drought since the Roman Empire, writes the Polish Internet publication Niezalezna, referring to the research of Ulf Buntgen from the University of Cambridge and Miroslav Trnka from the CzechGlobe Center of the Czech Academy of Sciences.


According to professor of environmental systems analysis Buntgen, the consequences for agriculture can be catastrophic. By studying tree rings and wood extracted from buildings and archaeological sites, the scientist and his colleague found that the aridity of recent years is unprecedented.

The expert clarified that this phenomenon is dangerous not only for agricultural crops, but also for entire ecosystems and human society as a whole.

In turn, Trnka added that the future of forests is of particular concern. The research results were published in the British scientific journal Nature Geoscience.

Since 2015, Earth has experienced five of its hottest years since temperature measurements began. The Food and Agriculture Organization of the United Nations recalled that food production is extremely sensitive to climate change.

The risk of more frequent extreme heat waves also increases with changes in the flow of jet currents carrying air masses, which could cause adverse changes in regions that account for nearly a quarter of global food production. We are talking about the western part of the USA, Europe, the southwestern part of Russia, Ukraine and other important agricultural areas of the planet.

Note that recently, American scientists and the media have spread information about the beginning of a severe drought in the United States.
Ctrl Enter
Noticed oshЫbku Highlight text and press. Ctrl + Enter
Reporterin Yandex News
Reporterin Yandex Zen
14 comments
Information
Dear reader, to leave comments on the publication, you must sign in.