The Ukrainian Armed Forces are ready to attack, but they fear a military reaction from Russia 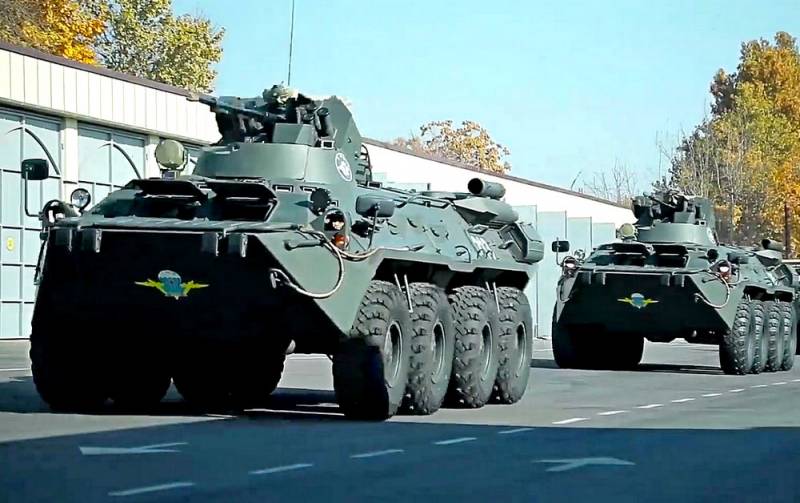 Ukrainian troops are ready to move on to offensive operations in eastern Ukraine and are only waiting for an order from Kiev, but they are afraid of intervention in the situation by Russian combat units. This was reported to the Kiev Internet newspaper "Strana" by a source in the military department of Ukraine.


Now, according to the source, there are serious advantages on the side of the Armed Forces of Ukraine: the troops are more numerous, better armed and provided. In addition, Kiev has taken into account the lessons of the recent military confrontation in Nagorno-Karabakh in terms of the use of unmanned aerial vehicles, which are also in the arsenal of the Ukrainian army. Thus, the troops only need an order from the Supreme Commander in order to start the offensive.

According to the backup plan, which provides for the intervention of Russian troops, the advance of the Armed Forces of Ukraine will be stopped, and the Ukrainian military will have to withdraw to avoid falling into the boilers.

At the same time, a military reaction from Moscow in the event of the activation of Ukrainian troops is quite likely. Already now, Russian electronic warfare systems operate on the territory of Donbass, on the border with Donbass there are several units of the Russian army, armed with artillery and equipped with heavy technique... According to the Ukrainian Ministry of Defense, Russian troops need less than a day to deploy and start hostilities.
Ctrl Enter
Noticed oshЫbku Highlight text and press. Ctrl + Enter
We are
The government will buy Sberbank from the Central Bank of the Russian Federation with the money of the NWF
New taxes and more expensive parcels: what awaits Russians in 2020
Reporterin Yandex News
Read Reporterin Google News
15 comments
Information
Dear reader, to leave comments on the publication, you must sign in.