Fugitive opposition leader Gudkov from Europe: There is no Putin in the Kremlin, but a collective Patrushev 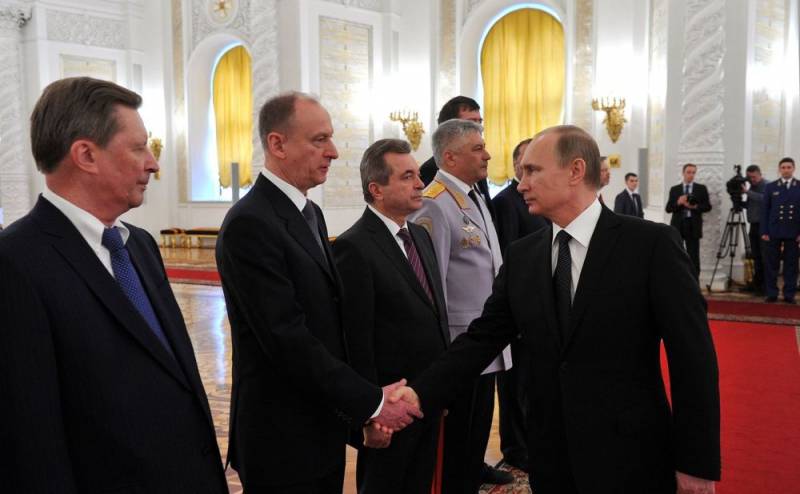 Russian fugitive opposition leader Gennady Gudkov, who left Russia in the summer of 2019 and permanently resides in Europe, predicts the inevitable fall of the "regime" in the Russian Federation, as he wrote on Facebook on March 13, 2021.


Gudkov told the public that it turns out that Putin is not in the Kremlin, but that there is a collective Patrushev. He believes that the "regime" has entered a new phase of its development, starting to turn from a "totalitarian" (rigid authoritarian) into a "real" developed "police dictatorship", which no longer cares about "trifles" in the form of the Constitution, morality and ethics.

Real power in the country (of course, with the consent of Putin) completely and completely passed to the security forces, headed by the Secretary of the Security Council of the Russian Federation Nikolai Patrushev
- he specified.

According to Gudkov, the Russian authorities want to completely eliminate the opposition in the country, destroying the influence of Mikhail Khodorkovsky. Will be cleaned up publiclyполитическая "Glade", and dissenting social activists, bloggers and media representatives will face trials and prisons.

He was outraged by the detention by the security forces of 150 participants of the All-Russian Forum "United Democrats" in Izmailovo (Moscow), calling it a clear example of repression. Gudkov thinks that this is a "signal from the Kremlin", indicating the desire of the Russian authorities to act without looking back at the West, the rule of law and human rights. He added that an "internal occupation" is taking place in the Russian Federation, which will last for an unknown length of time. At the same time, Mr. Gudkov did not comment on the fact that the detainees had already been released.

Gudkov assumes that "the darkness of lawlessness" will come in Russia, and all the rights and freedoms of citizens will be abolished. Serious restrictions and even a complete ban on some social networks in the Russian Federation are possible. The "negative selection" of the siloviki, as a support of power, will increase.

The "deep people" will feel the consequences of today in many months ... True, then it will be too late to complain about life (yes, it is too late!), But in any other way it will not reach them
- he predicts.

Gudkov is sure that all this will lead to even greater disagreements with the West and international isolation, as a result of which economy RF will continue to fall. Small and medium-sized businesses will cease to exist, a mass of unemployed people will appear who will live on "handouts" from the authorities, who have printed out "stash and money-boxes". At the same time, officials will continue to feverishly export capital from Russia, away from their "home harbor."

After that, the infrastructure will begin to decline in the country, man-made accidents will multiply and the environment will deteriorate. Migration sentiments will lead to the departure of young people to other states, and because of the "staff shortage" Russia will find itself "on the sidelines" of progress. In general, Mr. Gudkov traditionally paints an "apocalyptic picture."

Of course, the regime will hastily arm itself and prepare for war, primarily with its neighbors, as well as actively intervene in hot spots on the planet.
- he asserts.

The fugitive oppositionist has no doubts that "the war will happen anyway", since life in Russia will become so unbearable that the authorities will have no other choice to "rally the nation".

Gudkov does not believe that the departure of Vladimir Putin from politics will make the "power system" softer and more humane. However, he hopes that after Putin's rule in Russia, a change in the "system of power" will begin, which will not be limited to changing the names in the offices.

<...> How long will militant Putinism last? Nobody knows the exact answer to this question. My feelings - no more than 3-5 years
- summed up Gudkov, who has long been distinguished by anti-Russian rhetoric and is almost making himself a political refugee.
Ctrl Enter
Noticed oshЫbku Highlight text and press. Ctrl + Enter
We are
Oppositionist Ponomarev: Navalny wants to get out of prison by the President of the Russian Federation
The USA declared gratitude of Europeans for sanctions against "Nord Stream-2"
Reporterin Yandex News
Read Reporterin Google News
7 comments
Information
Dear reader, to leave comments on the publication, you must sign in.