In Kiev, they are afraid of strikes on the Ukrainian capital from the LPNR 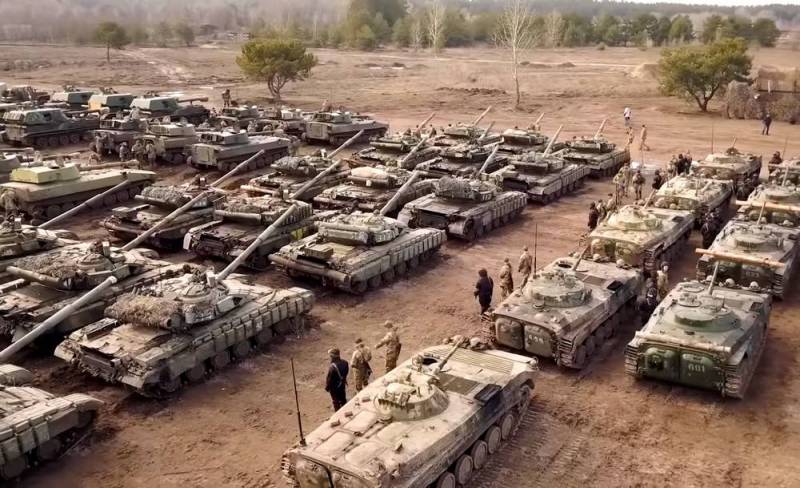 Former Deputy Head of the Ministry for Temporarily Occupied Territories and Internally Displaced Persons of Ukraine Yuriy Grymchak said that if active hostilities resume in Donbas, Kiev could be hit. He told about this in an interview with the Ukrainian Internet edition "Observer".


Grymchak is afraid that not only the Armed Forces of Ukraine and other security forces participating in the JFO, but also the places of deployment of military units, as well as the "capital of the nation" itself, may fall under the combined counterstrike of the Donbass republics (LDNR). His fears are related to the fact that the LDNR People's Militias were allowed to suppress enemy firing points. How the LDNR can "get" to Kiev, he did not specify, but remembered about Russia.

Today the Russian Federation is not in the best condition - both internally and externally. If a couple of weeks ago I thought that there would be no exacerbation, because they would not agree to this before the launch of SP-2, today they realized that the gas pipeline will most likely not work. The restraining circumstance has disappeared
- added Russophobe.

Therefore, I think that our troops need to prepare for a provocation, which, perhaps, will be as soon as it gets warmer.
He summed up.

It should be noted that there is a very ambiguous attitude towards the native of Donetsk Grymchak in Ukraine. Until 1991 he was a member of the Communist Party of the Soviet Union. Then he was a member of the Socialist Party of Ukraine for many years. During the first Maidan he “repainted” and joined Yuriy Lutsenko’s “People's Self-Defense”, after which he became a deputy of the Verkhovna Rada from Viktor Yushchenko’s “Our Ukraine” bloc.

On March 10, 2017, he was appointed Deputy Minister for the Temporarily Occupied Territories and Internally Displaced Persons. On November 1, 2018, it was included in the Russian sanctions list. On August 14, 2019, he was detained by the SBU for extorting a bribe in the amount of $ 1,1 million. After that, the department was reorganized and received a different name, and Grymchak became an "expert" in a number of Ukrainian media outlets.
Reporterin Yandex News
Reporterin Yandex Zen
1 comment
Information
Dear reader, to leave comments on the publication, you must sign in.