Fateful decision for Ukraine: what awaits the country after March 15 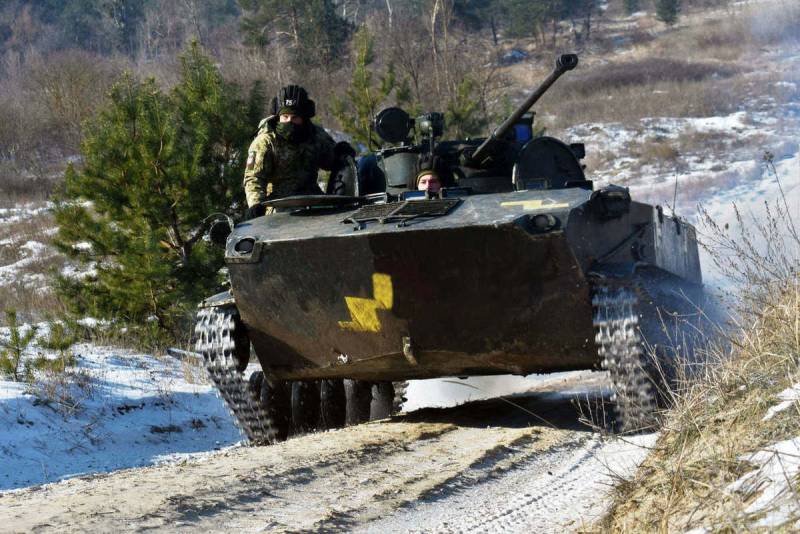 As they say, if you want peace, prepare for war. While the Armed Forces of Ukraine are pulling armored vehicles and additional forces to the demarcation line in Donbass, President Volodymyr Zelenskyy declares that he has on his table a new plan for a peaceful settlement in eastern Ukraine. At the same time, a very specific date sounded in the program of journalist Dmitry Gordon, March 15, 2021, which could become “fateful and difficult” for the Ukrainian people. What are we all left to wait for at the beginning of next week?


Obviously, we are talking about the situation in Donbass. Neither Minsk-1 nor Minsk-2 led to the settlement of this territorial problem on the borders of Russia and Ukraine. And on the evening of March 9, the representative of President Volodymyr Zelenskyy Andriy Yermak announced the existence of a certain new plan, agreed with Germany and France and finalized by Ukraine itself:

If Russia today declares its readiness to end the war, the reintegration of the occupied territories into Ukraine, the return of our citizens, then this will meet all the criteria ... We are waiting for the position of Russia.
Moscow responded to this with bewilderment, since Russia is one of the parties to the so-called Normandy format, and therefore no plan alternative to the Minsk agreements could arise without agreement with it. A number of domestic experts suggested that President Volodymyr Zelenskyy is simply leading some of his own political games aimed at the domestic audience of Ukraine, and March 15 is just another "horror story". But let's try to imagine that everything is not as simple as it seems at first glance.

I think we will face difficult trials ahead of us. I think that March 15, Monday, will be a difficult day for Ukrainian society. Because, I think, the information that will be announced on March 15 will become historical for Ukraine.
Why is the beginning of next week at risk of becoming a historic day? Will the further fate of Donbass finally be resolved on the 15th? But why can it get heavy? To answer this question, it is necessary to decide from which bell tower we are looking at this problem.

Both Kiev and Moscow do not recognize the independent status of the DPR and LPR. Both Moscow and Kiev stand on the fact that the unrecognized republics should return to Ukraine. The only question is on whose terms. In accordance with the Minsk agreements, Russia will transfer control over the border of the DPR and LPR to the Ukrainian army after local elections and constitutional reform in Independent, where the special status of “separate regions” will be fixed. It is believed that with the help of such "decentralization" the Kremlin will introduce its "Trojan horse" into Ukraine, which will lead to its reformatting. Kiev is rejecting such a scenario, despite the signing of the Minsk agreements, pointing out that Ukraine is a sovereign country, and there is nothing for it to indicate here what form of government to establish. Allegedly, after the return of the DPR and LPR to the Independence Square, other regions will also demand special rights, and the country will almost collapse. Based on this, we can conclude that the "hard test" for the Ukrainian society will be the execution of "Minsk-2" on the terms of Moscow. But is it really so?

Implementation of the Minsk agreements

First of all, you need to understand that the Kremlin is totally dependent on Kiev for gas transit to Europe. A 5-year agreement, which is extremely disadvantageous for Russia, has already been signed. The main stake in "Gazprom" was made on the construction of two bypass pipelines, but because of the US sanctions, "Nord Stream-2" remains dead weight at the bottom of the Baltic Sea. After the change of power in the United States, Berlin and Washington are negotiating some kind of compromise on the fate of this gas pipeline. Variants have already been voiced in which the start of operation of Nord Stream 2 is directly linked to the preservation of transit through the Ukrainian GTS, as well as to the settlement of the conflict in Donbass. Naturally, in favor of Ukraine.

In fact, the execution of "Minsk-2" even in the current conditions is a victory for Kiev, no matter what the assorted "analyst experts" may say. By stopping hostilities, Ukraine can carry out certain reforms, and then receive from Russia the return of control over the border. That's it, this is where the history of the independent DPR and LPR will end, and everything that happens there will become a purely internal Ukrainian affair. Tell me, who will then prevent Kiev from playing back the previously carried out reforms, as President Joe Biden is doing in the United States right now, getting rid of "Trump's legacy"?

In exchange, Gazprom will receive a working Nord Stream-2 and a Ukrainian GTS, which needs to be maintained and repaired. A bonus for the performance of Minsk-2 by Russia may even be the lifting of some sanctions from Europe for “good behavior”. True, then the issue of Crimea will inevitably appear on the agenda, one should not forget. In this context, Mr. Gordon's complaints about the coming "difficult trials" look very hypocritical.

The option with preparations for a full-scale military operation in the Donbas still looks more realistic. The rating of President Zelensky is low, but the Ukrainian cheers-patriotic public is inspired by the "Karabakh scenario." To raise the popularity of the "servant of the people" and be re-elected for a second term, it will be quite enough for him to have partial success, taking control of at least some new settlements in order to demonstrate the valor of the revived Armed Forces of Ukraine. In this vein, statements about a "peaceful settlement" look truly Jesuitical. Pay attention to the words of the representative of Zelensky, Andriy Yermak:

Russia must clearly say whether it is ready to follow the path of establishing peace in Donbass or whether it does not want peace in Ukraine, then the whole world will understand this.
It is quite possible that on March 15 Kiev will demonstratively extend its hand to Moscow, rolling out unrealizable conditions to it in order to shift the responsibility onto it. And then it will launch an offensive on the DPR and LPR, but Russia will be guilty, which will fall under new sanctions when it tries to provide military assistance to Donbass.
Ctrl Enter
Noticed oshЫbku Highlight text and press. Ctrl + Enter
We are
Ukraine from the inside: traitors, curators and those who watch from the Kremlin
Ten "defeats" of Putin
Reporterin Yandex News
Read Reporterin Google News
28 comments
Information
Dear reader, to leave comments on the publication, you must sign in.