"There will be no war": the expert explained why the Armed Forces of Ukraine are completely openly transferring tanks to Donbass 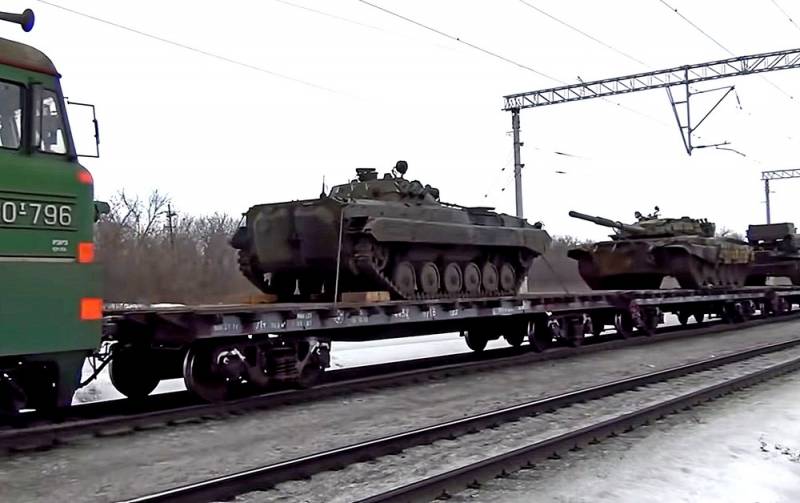 On social networks, messages about the transfer of tanks and other military by Ukraine are multiplying equipment to the region of military confrontation in the Donbass, and this is done without observing camouflage measures. According to the Kiev lawyer Tatyana Montyan, this is done intentionally.


The military forces of Ukraine deliberately do not disguise the maneuvers to relocate their tanks to Donbass, since everyone understands how the exacerbation of the situation in this region can in reality end, and it is not profitable for anyone to risk it. Thus, only the semblance of aggravation is created - the parties are raising rates in some kind of behind-the-scenes bargaining, which are not reported to the townsfolk. Moreover, this is done demonstratively.


At the same time, the head of the DPR Denis Pushilin in an interview reports that the troops of the unrecognized republic can occupy territories up to the administrative boundaries of the Donetsk region. The rhetoric aimed at aggravating the situation is heard in many programs and circulated in a number of influential media outlets.

My general impression is that it all looks more like a demonstration rather than a real preparation.
- the expert believes, saying that the outwardly provoking parties to the conflict are not going to go over to large-scale hostilities.
Ctrl Enter
Noticed oshЫbku Highlight text and press. Ctrl + Enter
We are
The web has ridiculed the ignorance of the new Minister of Education of Ukraine
Unprecedented excitement: Pushilin spoke about the DNR passports
Reporterin Yandex News
Read Reporterin Google News
17 comments
Information
Dear reader, to leave comments on the publication, you must sign in.