Shot for $ 1: why the US is working on a laser air defense system 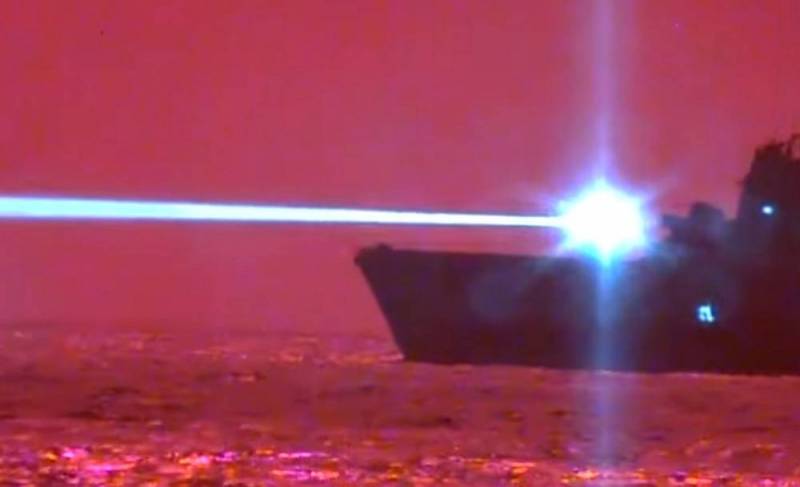 The distant future seems to have already arrived. Laser weapons from science fiction films and books are now routinely adopted by the American military, quickly becoming something commonplace. How can Russia respond to this to the Pentagon?


First you need to decide, why do you need lasers at all? Does the military no longer have enough conventional shells and missiles? In fact, despite the seeming exoticism, laser weapons have a number of advantages over them. Perhaps the main thing is that it is much cheaper and economical using. The main purpose of the designed laser systems is to counter UAVs, shells, mines and even enemy cruise missiles. Mary Miller, Assistant Secretary of Defense for Research and Development, confirmed that their development is a priority for the Pentagon:

One laser shot is relatively inexpensive. And the alternative is a multi-million dollar guided missile.
Indeed, shooting at extremely prolific drones in recent years is an extremely expensive pleasure. The US military is forced to take into account the fact that both China and Russia now have strike and reconnaissance-strike UAVs. In addition, they regularly find themselves under mortar and rocket attacks in Iraq and Afghanistan. An air defense system based on the use of a combat laser is of great interest. It is estimated that the cost of one shot is something like a dollar. Sounds fantastic.

The United States has been developing in this direction for a long time. In 2010, Kratos Defense & Security Solutions began work on a Laser Weapon System (LaWS) project for the US Navy. Already two years later, a combat laser was able to successfully hit an air target. Since 2014, a 30 kW laser system has been tested on the USS Ponce (LPD-15) in the Persian Gulf. Last year, in the Pacific Ocean, a UAV was successfully destroyed from a laser with an estimated power of 150 kW from the USS Portland landing craft. And in 2021, the Lockheed Martin HELIOS laser was installed for testing on the USS Preble.

As you can see, the US Navy is actively developing advanced laser weapons that can be used against drones, missiles and small boats. But the Pentagon does not intend to limit its use only to large sea-based carriers. Also, in parallel, a test of a 5 kW laser air defense system was started on Stryker combat vehicles. In 2017, at the Fort Sill military training ground, the MEHEL (Mobile High-Energy Laser) laser successfully hit an air target. The Americans confirmed that such air defense systems are capable of shooting down small and medium-sized drones. At the same time, MEHEL works silently, and a laser installation and a radar can be installed simultaneously on one armored vehicle for detecting and tracking targets.

Perhaps the only drawback of such an air defense complex can be considered the need to maintain a high power of the installation to destroy the target with laser energy. Its beam works like a blowtorch, melting the surface of a UAV or missile, causing a fuel explosion or destruction of the control system. You also need to keep focus on a specific point for a few seconds, which is not easy with flying targets. To solve this serious problem, the Americans took a slightly different path.

According to Popular Mechanics, a tactical ultrashort pulse laser - USPL (Ultrashort Pulse Lasers) has been developed for the US Army, which is capable of generating an energy pulse with a power of 1 terawatt and a duration of 200 femtoseconds. What will it give them? Unlike conventional long-acting lasers, the novelty can not only physically destroy a flying target and blind its sensors, but also generate local electromagnetic interference. That is, in essence, the USPL will work as a directional electromagnetic bomb, overloading and destroying electronics. Even if the combat laser does not have time to burn the UAV or cruise missile and its control sensors, a local electromagnetic pulse will complete the job.

It is very serious. How can Russia respond to such a threat to its nascent unmanned aircraft?

Since 2017, we have been working on our own combat laser called "Peresvet", and since 2018 they have been on experimental combat duty. Most of the information on this complex is secret, however, it is known that the laser complex consumes a lot of energy and therefore at the moment it is problematic to make it portable. The Combat Laser is most effective in good weather, but fog, snow and rain can negatively affect its performance. In 2020, Peresvet was tested in Syria. Probably, in the future, an air defense system based on the use of combat lasers will protect Russian military bases.

It is obvious that the domestic laser system needs further refinement taking into account the new challenges of the time. UAVs have become a big problem, and it is also necessary to provide reliable protection against other small targets, such as flying mines and shells. Fortunately, Russia still has a solid scientific groundwork in the field of laser of technologies... So, in Sarov, the specialists of this famous nuclear center created and Launched installation UFL-2M, which is also called "king-laser". Of course, these are "civilian" technologies, but the experience gained can and should be applied in the military sphere as well. It's worth speeding up.
Ctrl Enter
Noticed oshЫbku Highlight text and press. Ctrl + Enter
We are
Space shield of the Motherland: the West is not in vain afraid of Russian inspector satellites
New weapons on the way: What is known about the anti-satellite complex "Burevestnik"
Reporterin Yandex News
Read Reporterin Google News
7 comments
Information
Dear reader, to leave comments on the publication, you must sign in.