Mega-project: Sakhalin dam will change the life of the whole Far East

July 9 2018
19
The construction of the Crimean bridge is gradually reaching the finish line. The next Russian mega-project could be the Sakhalin bridge. At the same time, he runs the risk of getting several times more expensive than crossing the Kerch Strait. Already, its value is estimated at 540 billion rubles. Railway builders report:

If the government makes a positive decision, the start of work is scheduled for 2021 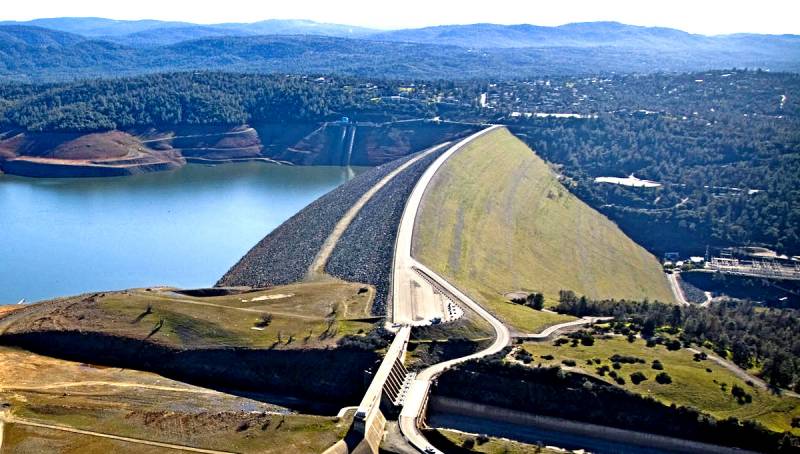 The railway bridge can be built in the Tatar Strait in its narrowest place and become part of the railway from the Khabarovsk Territory to the Sakhalin village Nysh. The need to build a transition is economically justified due to the high cost of logistics. However, experts offer more budget options for connecting the island and the mainland - an underwater tunnel or dam.

It was proposed to connect Sakhalin with the mainland in the time of the Russian Empire, but the project did not interest the authorities. Joseph Vissarionovich also planned to build an underwater tunnel under the Tatar Strait, but after Stalin's death the project was also quickly turned off. The expediency of connecting Sakhalin with the mainland of Russia by a railway bridge began to be discussed in the nineties. In 2013, Dmitry Medvedev instructed to work out all the options: a bridge, an underwater tunnel and a bulk dam with a shipping channel.

Building a bridge in itself will be an extremely expensive pleasure. A bridge crossing will cost at least 252,8 billion rubles. The remaining billions of 540 will go to the construction of railway sidings. From above, another 90 billion should be invested in modernizing the infrastructure of Sakhalin itself. A loaf of sliced ​​bread on the island is the most expensive in the country, but the fee for lowering its price will be very high. Experts believe that this project has potential only if Sakhalin joins the bridge with Japanese Hokkaido. Then Japan will get access to the Trans-Siberian Railway and will be able to send part of its cargo flow to Europe not by sea, but by land. Thus, Sakhalin and the Russian Far East will receive a serious stimulus for development.

Much more interesting to taxpayers may be the dam project through the Tatar Strait, which will turn Sakhalin from the island into a peninsula. Vladivostok City Duma deputy Alexander Prikhodko estimates that the construction of a bulk dam will cost the budget only 95 billion rubles, and long-term economic the effect can be estimated at 1,9 trillion rubles. 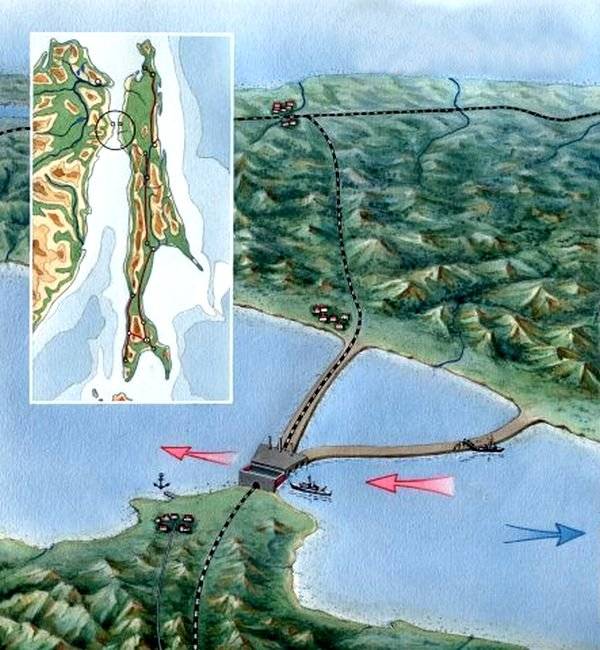 Moreover, the appearance of a dam in the Tatar Strait will lead to the fact that the cold current goes to the Pacific Ocean from the north, which will give an incredible climatic result. Sea ports of Sovgavan, De-Kastri, Vanino will become frost-free! And the Sakhalin Peninsula, Primorye and the Khabarovsk Territory itself can be overgrown with palm trees due to the inevitable warming. The consequences of improving the climate of the Far East have yet to be calculated, but the prospects are incredible.
Ctrl Enter
Noticed oshЫbku Highlight text and press. Ctrl + Enter
We are
Sakhalin risks becoming Russian-Japanese
Russia intends to build the most expensive bridge in the world
Reporterin Yandex News
Read Reporterin Google News
19 comments
Information
Dear reader, to leave comments on the publication, you must sign in.