"Fight to the end": the FRG media told about the victory of the Polish armored division over the SS troops 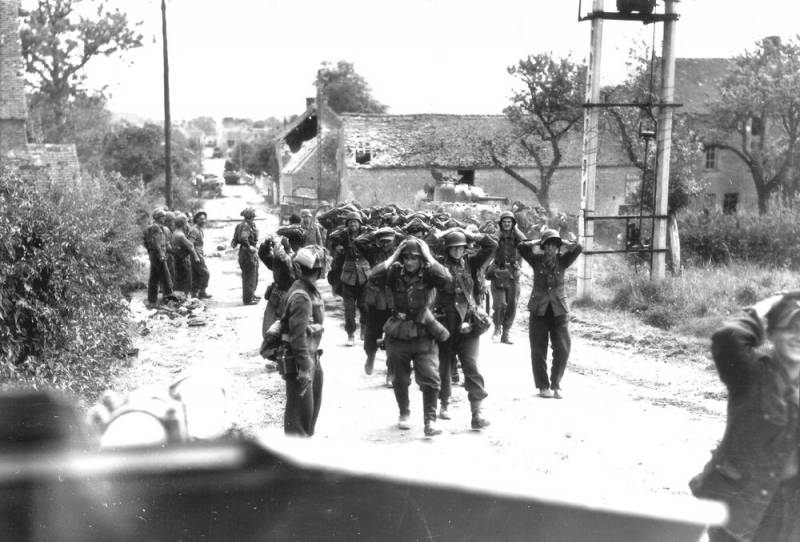 During the Second World War, the Poles did not glorify themselves with great successes in tank battles. The most famous is the myth of the Polish cavalry, who attacked German tanks with pikes and sabers in 1939. But there was one battle in 1944 on the Western Front, in which the 1st Polish Panzer Division defeated the SS forces of the Third Reich, writes the German newspaper Die Welt.


A fierce battle unfolded for Hill 262 at the ridge (chain of hills) Mont Ormel, near the city of Falaise in northern France. The Poles took on a powerful blow from two German panzer divisions. During the battle, real tank duels, bayonet and hand-to-hand combat took place.

This episode became a key one during the Normandy Allied operation, when the 7th German army tried not to get encircled under the pressure of the advancing British, Canadian and American units. The Germans made a breakthrough, but the Poles, deprived of contact with the allies, held the height for several days (August 19-21), making a significant contribution to the overall success of the operation. The Poles were commanded by Major General Stanislav Maczek.

The Germans were desperately trying to get out of the "boiler". The 9th SS Panzer Division Hohenstaufen struck at the Allies, cutting off the Poles. She managed to make several corridors in the positions of the allies, but the Poles tried to prevent the Germans. After that, the Germans turned their attention to them.

On August 19, the first to attack the hill was the Führer regiment of the 2nd SS Panzer Division Reich. But the Poles managed to repel the attack of the Germans, although one Panther tank knocked out a whole company of American-made Sherman tanks in a matter of minutes.

After that, the entire power of two SS Panzer divisions, which approached the 353rd Infantry Division and several other Wehrmacht divisions, fell upon the Poles. The Poles held out. Moreover, they forced the Germans to leave part of the captured positions. The Poles had many wounded, they practically ran out of ammunition and only five tanks remained.

My gentlemen, all is lost. I don't think Canadians can save us
- said the commander of the 1st tank regiment Alexander Stefanovich to his subordinates.

It makes no sense to surrender to the SS. Fight to the end! Tonight we will die for Poland and civilization
- he added.

By the morning of August 21, the position of the Poles had improved. The Americans dropped some ammunition from the planes, and Canadian artillery started working from a nearby hill, Hill 240.

During the battle, 10 thousand German soldiers managed to get out of the encirclement through the gaps in the positions of the allies. The Germans lost 14 Panther tanks, 54 armored personnel carriers, 46 guns, 207 trucks and cars.

325 Polish tank crews were killed, 114 were missing, and 1002 were injured, but the height was held, according to media from the Federal Republic of Germany.
Ctrl Enter
Noticed oshЫbku Highlight text and press. Ctrl + Enter
We are
One tank division in Kaliningrad will be able to compete with the armored forces of the FRG
Die Welt: Why did Trump talk about the 50 million Russians who died at the hands of the Nazis
Reporterin Yandex News
Read Reporterin Google News
Ad
We are open to cooperation with authors in the news and analytical departments. A prerequisite is the ability to quickly analyze the text and check the facts, to write concisely and interestingly on political and economic topics. We offer flexible working hours and regular payments. Please send your responses with examples of work to [email protected]
9 comments
Information
Dear reader, to leave comments on the publication, you must sign in.