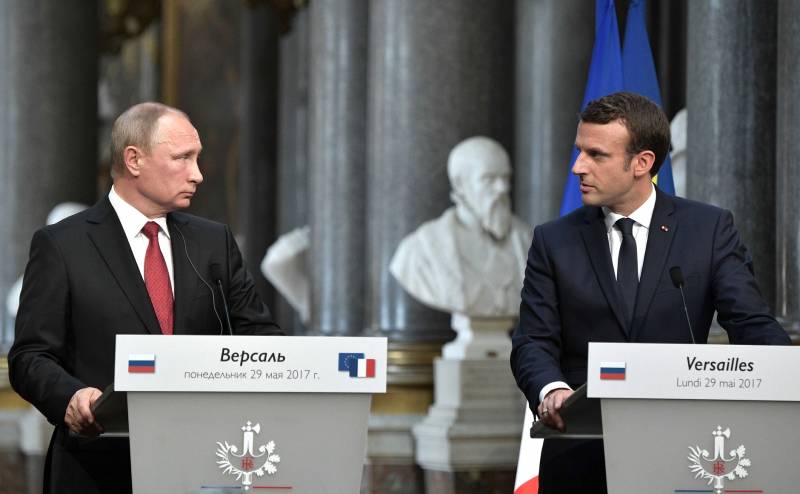 France and Russia exchanged diplomatic jabs in the form of expelling one diplomatic officer each. This is reported by the French newspaper Les Échos, citing its sources.


According to the sources of the publication, the exiled Russian diplomat, employee economic services of the Russian embassy in Paris, recognized persona non grata due to certain suspicions. After that, the Russian Federation expelled one of the French diplomats who worked in the department of the French embassy in Moscow.

Both countries did not report this and did not comment on the incident, which indicates the high diplomatic ethics of the parties. Unlike the states of Central and Eastern Europe, Russia and France did not make a scandal out of what happened.

No comments
- this is all that journalists in both countries have received.

However, Les Échos learned unofficial details from reliable informants. It turned out that the high-ranking Russian was really expelled after he was caught at the time of the act of espionage. After that, Moscow took a symmetrical step according to the tradition established by diplomats.

We remind you that in February 2021, several employees of the Russian embassy in the UK were also expelled from the country. Then this was explained by the standard rotation of personnel. Before that, there were expulsions of Russian diplomats from the Czech Republic, Bulgaria and Austria, which were accompanied by natural tantrums in the local media. Therefore, the behavior of the countries of "old Europe", including the mutual expulsion of each other's diplomats, is, albeit secret, but really demonstrative actions. They do not attract public attention and do not allow for a public outcry that harms the relationship.
Ctrl Enter
Noticed oshЫbku Highlight text and press. Ctrl + Enter
We are
Polish diplomat expelled from Irkutsk
France proposes to save Ukrainian gas transportation system with Turkmen gas
Reporterin Yandex News
Read Reporterin Google News
2 comments
Information
Dear reader, to leave comments on the publication, you must sign in.