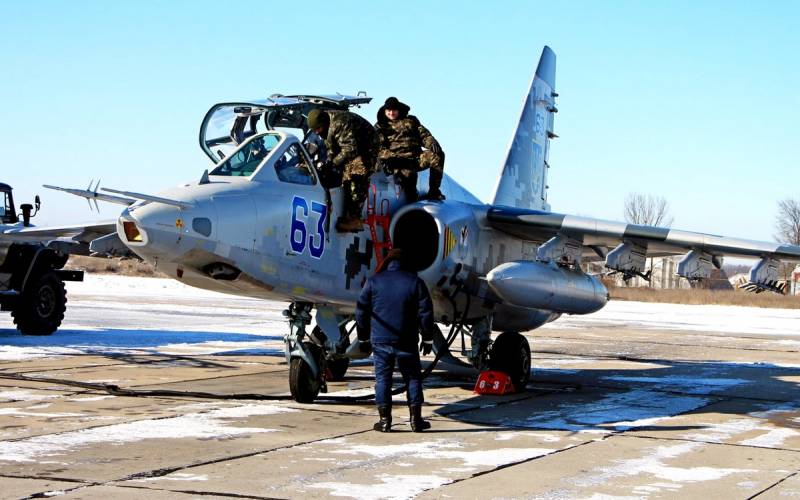 The escalation of the armed conflict in Donbass is growing. On the eve of the Armed Forces of Ukraine, the positions of the People's Militia of the DPR in the villages of Shakhta im. Gagarin, Veseloe and Oktyabr. As a result, three were killed and one defender of the unrecognized republic was wounded. Return fire destroyed the position of the 58th brigade of the Armed Forces of Ukraine, three Ukrainian servicemen were killed and four more were injured. Nobody wants war, but is it inevitable?


We are detailed about the reasons for the possible resumption of active hostilities in Donbas. told earlier. This is a request for an increase in the fallen ratings of President Volodymyr Zelensky among the jingo-patriotic public of Ukraine, and the coming to power in the United States of the Democratic Party, which in fact was the creator of the Maidan in 2014, and dizziness from the military successes of the alliance of Azerbaijan and Turkey in Nagorno-Karabakh. Perhaps it is worth adding to this one more important economic factor: Gazprom is firmly attached to Ukraine as a transit country for the next 4 years, and Washington and Brussels are obviously ready to do everything to make this dependence permanent and only intensify. Right now, when negotiations are underway on the future of the Nord Stream-2 gas pipeline, Kiev's hands are untied as much as possible, unlike Moscow. This factor will undoubtedly play its role in determining the strategy of the Kremlin's actions in the Ukrainian direction.

The fact is that without the active assistance of Russia, the DPR and LPR will not be able to withstand the onslaught of the Armed Forces of Ukraine for a long time. If Moscow simply closes the border and declares that what is happening there is a purely internal Ukrainian affair, the two republics will be doomed. The key question is how far the Russian leadership will be ready to go to defend Donetsk and Lugansk. Famous Ukrainian political emigrant Rostislav Ischenko In an interview On the YouTube channel, Solovyov-live suggested that in response to a large-scale offensive of the Armed Forces of Ukraine, the General Staff of the Russian Federation could respond by taking control of the entire Donbass within its original administrative boundaries, as well as go beyond its borders, “grabbing” new territories. How adequate is this assessment, let's reflect.

I would like to remind you that when asked about the possible actions of Russia in response to the Ukrainian offensive during the 2018 FIFA World Cup, President Putin answered as follows:

And if this happens, I think it will have very grave consequences for the Ukrainian statehood as a whole.
It sounds very significant and ominous, especially since Vladimir Vladimirovich did not bother to decipher what exactly he had in mind. Therefore, let us make the assumption that we could talk about a total military defeat of the Armed Forces of the Russian Federation and the elimination of Ukrainian statehood, if he himself left such a space for speculation. Is Russia able to defeat Independent and reach Kiev? Yes, only it will be quite expensive in all respects: large losses in manpower, combat technology, then there may be problems with partisanship, etc.

But the most important thing today is that the West will not calmly look at such a full-scale war. The law on the right to bring foreign troops into Independence has already been adopted, so the campaign against Kiev will most likely end with the introduction of a NATO contingent into the territory of Western, and then the entire Right-Bank Ukraine. Here everything will depend on the quickness of the RF Armed Forces and the actions of our Airborne Forces, that they will have time to be the first to take control. In fact, this means the section of the Independent. Will NATO move closer to the Russian borders or, on the contrary, move away from this, is a very controversial issue.

Now Russia is already head over heels in Western sanctions, and such active expansionist attempts on the part of the Kremlin will end with a new package of even tougher restrictive measures. It will be possible to forget about Nord Stream 2, in particular. Perhaps Kiev will even stop the transit of Russian gas through its territory, and prices in Europe will soar, to which American LNG producers will only applaud. The optimal time for such a scenario has already been missed; it would have been better to crank it in 2014-2015. In 2021, this can also be done, but the cost of the issue will be very high, especially if you do everything yourself, without local "proxies". Is the Kremlin ready for such an aggravation?

A repetition of the 2008 Olympic War scenario looks much more realistic. Let us remind you that then Russia responded to the Georgian aggression with direct military force, protecting its citizens living in South Ossetia and Abkhazia. Formally, now there are also grounds for this: after simplifying the procedure for providing a Russian passport, more than 400 thousand residents of Donbass managed to get it. If the Armed Forces of Ukraine launch a large-scale offensive against the DPR and LPR and our fellow citizens begin to die, the RF Ministry of Defense will be obliged to intervene.

True, there is one "but". The Russian peacekeepers who were attacked by the Georgian military were in South Ossetia at that time on the basis of an international mandate. In Donbass, if there is anyone, it is only in the unofficial status of "vacationers", as well as volunteers. Also, the aggression from Georgia then forced Moscow to recognize the independence of Abkhazia and South Ossetia. Will she do it today in the above scenario? The likelihood that the Kremlin will apply the 2021 recipes in 2008 "by tracing paper" can be estimated 50% by 50%.

"By yourself, all by yourself"?

Let us recall that the principled position of the Russian leadership is that it "respects" the choice of Donbass residents in the issue of self-determination of the DPR and LPR, but does not recognize their independence. Especially for the adherents of the idea of ​​Greater Novorossia, President Putin personally stressed:

You said that some (Ukrainian) official said that Kramatorsk is not Ukraine. He's a complete idiot. A person not only does not fulfill his duty, but also commits a crime against his own country, as if cutting off part of the territory from it. Who authorized him? Complete nonsense.
The end result of the Minsk agreements should not be independence, but the return of Donbass to Ukraine on "special conditions." Within this policy there is simply no point in using military force to go beyond the borders of the current DPR and LPR. All that Donetsk and Lugansk can really count on in the event of a full-scale offensive by the Ukrainian Armed Forces is assistance with weapons, ammunition and fuel and lubricants, the dispatch of Russian volunteers and "vacationers" to carry out special operations. The main task in this context: without participating directly, so as not to fall into the next package of Western sanctions, not to allow the DPR and LPR to be defeated by military force, trying to persuade Kiev to its own version of their return to Ukraine.

In the end, it turns out that without a radical change in the Kremlin's approaches to Ukrainian issues, one should not count on some kind of military miracle in the Donbass.
Ctrl Enter
Noticed oshЫbku Highlight text and press. Ctrl + Enter
We are
"We must beat first": the geopolitical alignment around Russia is continuously deteriorating
Ten "defeats" of Putin
Reporterin Yandex News
Read Reporterin Google News
56 comments
Information
Dear reader, to leave comments on the publication, you must sign in.