Response to sanctions: Russia should take not only titanium from Boeing and Airbus, but also its sky 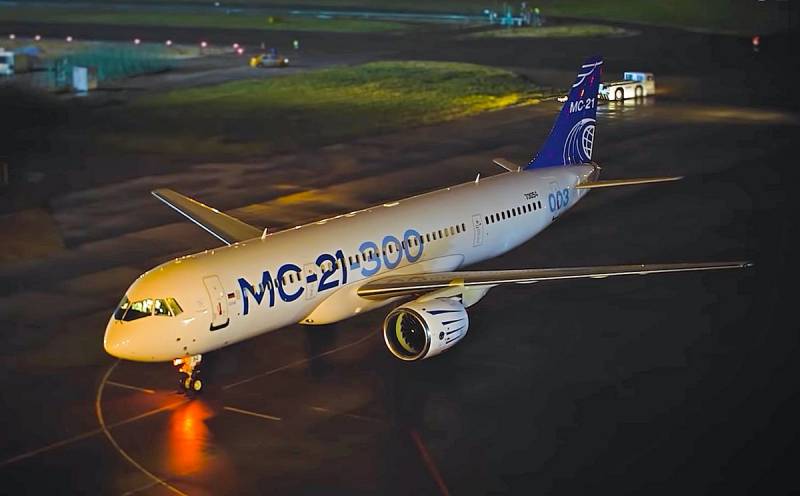 A few days ago, the United States followed the example of the European Union and imposed sanctions against Russia in the "Navalny case." Mainly domestic security forces, a number of political figures, as well as three scientific military institutes allegedly involved in the creation of chemical weapons. How can and should Moscow respond to Washington?


Any sanctions and counter-sanctions should have some specific purpose. By issuing personal "black marks", the White House expects to turn as many influential people in the highest corridors of power as possible against the incumbent head of state. President Joe Biden made it clear that the United States under the Democratic Party is again returning to the policy of "color revolutions" aimed at changing the regimes it does not like in other countries. The primary goals are also known - China and Russia. Like the Europeans, we included the head of the FSB Alexander Bortnikov, the Prosecutor General Igor Krasnov, the head of the Federal Penitentiary Service Alexander Kalashnikov, two deputy defense ministers, as well as representatives of the Presidential Administration of the Russian Federation, etc. ?

Take the USA, their planes fly on our ... titanium and other metals. We will not give, and all these planes will stop at them. Our rockets carry their various space devices into outer space.
On this occasion, I would like to answer Vladimir Volfovich in absentia as follows:

At first, just with space rockets, we are no longer as good as before, but the United States has significantly pulled ahead. They now have their own heavy launch vehicles, and spaceships, and they are going to master the Moon, and they are already making plans for Mars. Refusing commercial launches in favor of the United States and its partners will be another shot in the leg of the long-suffering Roscosmos.

Secondly, "Not giving titanium" to the West is also not a good idea. Yes, about 30% of titanium in the production of Boeing aircraft is imported from Russia. Airbus has an even higher share. By banning the supply of raw materials, we can indeed cause significant damage to these two corporations. However, Russia is not a monopoly on the titanium and other rare earth metals market. Logistic and trade chains will simply be reorganized, and competitors will take the place of our country as a supplier. But the domestic exporter will then be left without a guaranteed sales market.

And this is still a good option. What if, in response to these anti-Western sanctions, the United States and the European Union refuse to sell new aircraft to Russia and service those already delivered? In our country, about 95% of air passenger traffic is carried out on imported liners manufactured by these two companies. Without the supply of new parts, airlines will first have to "cannibalize" some planes to fix others. The already considerable cost of air travel will increase instantly. And then this whole type of business will inevitably start to shrink more and more. The aerial connectivity of the vast country will become a fiction.

In this regard, I would like to come up with a counter proposal. Since all sanctions emphasize Russia's dependence on the West, it would be most sensible to gradually reduce it. Perhaps it is worth reducing the volume of titanium supplies to the United States and the EU countries. But first, it is necessary to completely revive all segments of the national civil aircraft industry: localize the production of the Superjet for short-haul transportation by 100%, put the medium-haul MS-21 on the conveyor, launch the powerful PD-35 engines into series and with their help make the wide-body long-haul Il-96 competitive. ... Let us first produce a sufficient number of these aircraft, prepare all the necessary infrastructure for their subsequent maintenance, both in Russia and abroad, arrange the export of airliners to friendly countries, taking the market share from Boeing and Airbus. Domestic titanium will be actively used in the domestic aircraft industry. So, since the volume of its exports will decrease, the purchase price for Western competitors will also increase accordingly.

Экономическая this kind of policy is the best response to sanctions from the United States and the European Union, as Russia becomes more independent, and the interests of their monstrous Western corporations will be directly affected. Everything else is populism of the purest water and demagoguery. Similarly, one should act in other industries, space, shipbuilding and machine-building, investing in their own country, and not in foreign "wrappers" of securities, and supporting the domestic producer not in words, but in deeds.
Ctrl Enter
Noticed oshЫbku Highlight text and press. Ctrl + Enter
We are
Creation of a new Boeing: "reset" of the aircraft giant or a gesture of despair?
In the trade war of the United States and the European Union lies the direct benefit of Russia
Reporterin Yandex News
Read Reporterin Google News
95 comments
Information
Dear reader, to leave comments on the publication, you must sign in.