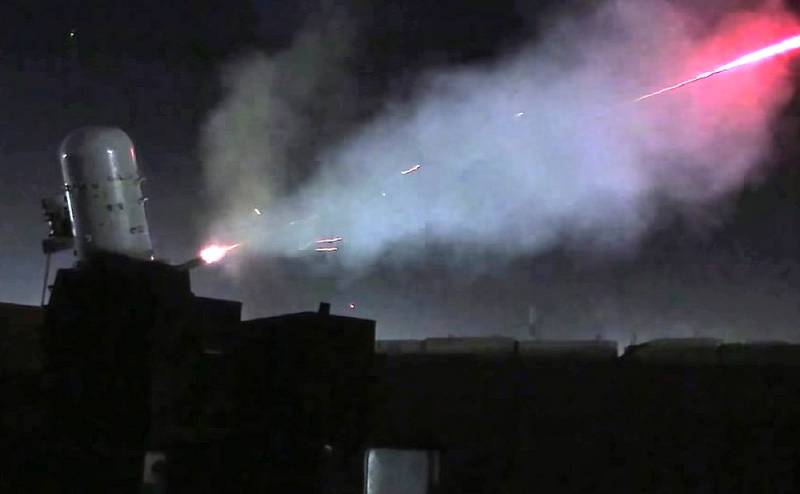 The wars in Syria and Libya have cast doubt on the effectiveness of Russian air defense systems. Attack UAVs of Turkish and Israeli production caught our "Shells" either in a marching state or in an incapacitated state, destroyed and gave out a beautiful propaganda picture. All this gave the ill-wishers a reason to talk about the "worthlessness" of domestic air defense systems and air defense systems. But lying is infinitely impossible, and the truth always comes out in the end. But everything is exactly the opposite.


First of all, the effectiveness of any weapon directly depends on who uses it and how. In particular, the Russian Khmeimim airbase in Syria has been regularly attacked by whole flocks of enemy UAVs for several years. Correctly organized echeloned air defense from the Pantsir-C1 and Tor complexes always successfully intercepted everything. For the sake of fairness, we note that the air defense missile system really has its own design flaws, caused by the fact that at the time of their design there were simply no such flying targets as UAVs. These "Achilles' heels" have already been identified and are being eliminated in new modifications. The main blame for the death of the "Shell" in Syria and Libya lies with their calculations, presented by the local military, who do not have the proper qualifications and ability to use these air defense missile systems with maximum efficiency. And what about the air defense of our potential adversaries in the person of the United States and its allies?

The actual practice of using anti-aircraft systems in combat conditions shows that the Americans have a "club", but in fact they do not have a "shield". In order not to be unfounded, let us turn to the facts.

Recall that a year ago, in response to the assassination of Iranian general Qassem Soleimani, Tehran responded with rocket fire at the American military base Ain al-Assad in Iraq. The servicemen of the US Armed Forces promptly hid in the bunker, so there were no dead, but, despite this, many of them received concussions and psychological trauma. To be hit by a missile strike is a dubious "pleasure". The most interesting thing in this story is what happened next.

According to the specialized publication Defense News, the Pentagon organized an echeloned air defense system over the Ain al-Assad base, represented by the C-RAM, M1097 Avenger complexes and the notorious Patriot air defense systems. C-RAM (Counter Rocket, Artillery, and Mortar) is a rapid-fire American air defense system designed to protect against rocket, artillery and mortar attacks. The defeat is achieved using high-precision anti-aircraft and high-explosive fragmentation shells with programmable detonation. The M1097 Avenger, or “Avenger,” as the developers pompously called it, is a self-propelled short-range air defense system mounted on the chassis of an HMMWV off-road vehicle. Its armament consists of FIM-92 Stinger missiles and a large-caliber anti-aircraft machine gun. "Avengers" must hit targets at a distance of 0,5 to 5,5 kilometers on a collision course or in pursuit. Well, and, finally, the "famous" Patriot air defense systems, which are supposed to shoot down both aircraft and ballistic missiles. The cost of one shot is about $ 3 million. These complexes are in service with the United States itself and its allied countries.

So, after a missile attack in January last year, the Pentagon organized an echeloned air defense system over the Ain al-Assad base. At the same time, tensions have escalated in the region in recent months, everyone expected that Iran could repeat the strike on the anniversary of Soleimani's death, and President Donald Trump deployed additional strike forces, nuclear submarines and strategic bombers to the Middle East that could be used in "revenge." In Iraq, there have already been several attacks on the US military in recent months. We remind all of this so that there is no illusion that the invaders were allegedly taken by surprise, as they once did in Pearl Harbor. In order not to be "excused", in simple terms.

What happened next? On March 3, a home-made local "Katyusha" stopped near the Ain al-Assad base and launched a missile attack on it. All 10 missiles fired from a makeshift launcher hit the targets. The pickup, adapted as a carrier, burned down itself as a result of the launch, and was not destroyed by return fire. At the base, a civilian specialist died of a heart attack, apparently caused by fright. We offer our condolences to his family, but inevitably have to ask some questions. But how did it happen that the most technologically advanced army in the world missed the self-made Katyusha, which drove up to the military base at a distance of only 8 kilometers? And how did it happen that this entire layered air defense system was unable to intercept only a dozen missiles?


It's funny to read the explanations of people with a pro-American orientation that the base, they say, was not ready for this. They did not expect. That is, against the background of several recent attacks on US military personnel, the air defense missile system operators were dozing. Oh well. Sorry, but the Libyans and Syrians who lost the "Pantsir", at least have some excuses: either they were on the way, then the air defense missile systems were discharged. And here the whole military base of Ain al-Assad was covered by a "reliable" anti-aircraft umbrella in advance after the missile strike that took place a year ago, but, unlike Khmeimim, some "Katyusha" failed to repulse. And what would happen if the Iranians again hit it with ballistic missiles, I wonder?

Doubts about the effectiveness of the American air defense systems do not stand in an empty place. Remember two years ago the Houthis launched a combined strike with missiles and UAVs on the largest oil field and refinery in Saudi Arabia, which is participating in military aggression against their country? Missiles and drones filled with explosives freely flew the northern border of this Middle Eastern monarchy, which is covered by almost 90 Patriot air defense missile systems in the latest PAC-2 and PAC-3 modifications, as well as the area controlled by the Aegis anti-missile system of three American destroyers at once, and successfully hit all goals. In its own way, "touched" the explanation of the then US Secretary of State Mike Pompeo about the selectivity in the work of the vaunted "Patriots":

Air defense systems around the world always work with varying degrees of success.
With varied success"! But what about the "curvature of the Earth", which supposedly interferes with Russian missiles? But that was not the end of the story. In December 2019, the Houthis destroyed a military camp in the province of Najran with a missile strike; on November 23, 2020, they successfully attacked the distribution station of the state oil and gas company Saudi Aramco. Needless to say, the Patriot air defense system continued to be "formidably silent"? At the end of January 2021, the Houthis fired several medium-range missiles that were able to freely overcome more than a thousand kilometers through the six zones of responsibility of these, so to speak, anti-aircraft missile systems, and were intercepted directly under the capital of Riyadh by the THAAD system.

Particularly ironic is that military expert Uzi Rubin, who previously headed the Israel Anti-Ballistic Missile Organization, advised the Saudis to pay attention to the "Pantsiri" that are being reviled by ill-wishers:

You don't need anything fancy. The Russian SA-22 (Pantsir-C1) system with 30mm cannons, missiles and infrared direction finders will do.
As they say, both laughter and sin. But Washington, in general, should think about whether it will be right to continue to pursue its proprietary aggressive external policieshaving such a "leaky" anti-missile shield? It is clear that show-offs are more expensive than money, but is the Pentagon ready to play "Russian roulette", knowing that its missile defense system intercepts nuclear missiles with "varying success"?
Ctrl Enter
Noticed oshЫbku Highlight text and press. Ctrl + Enter
We are
"We must beat first": the geopolitical alignment around Russia is continuously deteriorating
Ten "defeats" of Putin
Reporterin Yandex News
Read Reporterin Google News
65 comments
Information
Dear reader, to leave comments on the publication, you must sign in.