Shoot to kill. Why the Kremlin doesn't want a big war in Donbass 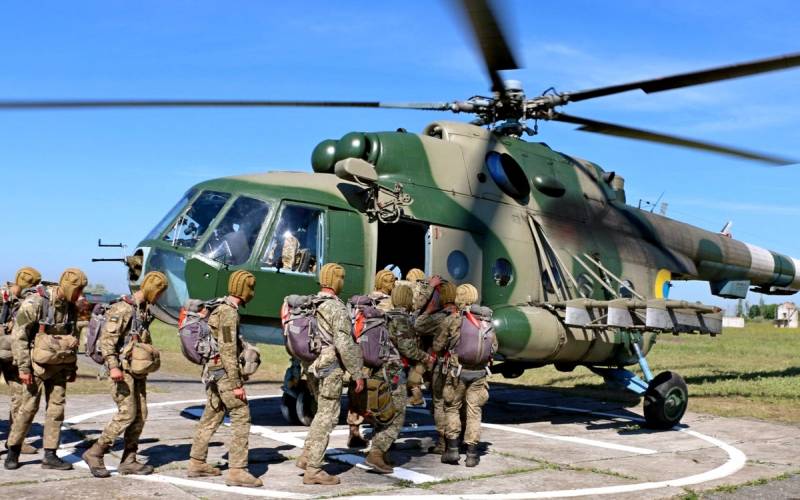 Spring has come, and the air in Donbass once again clearly smelled of a big war. Ukraine tightens additional machinery not far from the line of contact, and the People's Militia of the DPR and LPR were ordered to respond with fire to kill. Will the "funny Bonaparte" Vladimir Zelensky really try on Napoleon's cocked hat? And most importantly, what will the Kremlin do in the event of a real start of a full-scale offensive by the Ukrainian Armed Forces?


So, what is happening now in Donbass. Let us remind you that since July last year there has been formally a "special ceasefire regime", which, however, did not prevent the Ukrainian side from repeatedly violating it. At the same time, a ban on retaliation was applied to the self-defense forces of the DPR and LPR. So to speak, they played nobility. Naturally, this could not end with anything good.

In recent days, the Armed Forces of Ukraine have sharply increased the shelling of settlements not under their control, using barreled artillery, mortars and automatic grenade launchers. In an hour, more than 100 mines were fired only in the village of Leninskoye. Of course, the Ukrainian side claims that it only acted in response. The intensity of the shelling now corresponds to the level of 2015-2016. Both the DPR intelligence and the OSCE observers recorded the fact of the transfer of the Armed Forces closer to the contact line of almost two dozen 52-mm 2S19 Msta-S self-propelled howitzers and several 100-mm MT-12 Rapier anti-tank guns. Kiev is clearly preparing not for peace, but for war. Positioning himself as a "military expert", the representative of Nezalezhnaya at the talks in Minsk Aleksey Arestovich believes that a new exacerbation is inevitable and may occur in the very near future this spring, closer to summer.

Where did such belligerence come from in the Armed Forces of Ukraine, which had suffered several military defeats earlier? There are a number of reasons for this:

At first, the Ukrainian army is no longer what it was in 2014-2015. She is better trained, armed and motivated. Of course, this is far from the Wehrmacht, but it would be frivolous to dismiss its objectively increased capabilities.

Secondly, only a few months have passed since the unexpected military defeat of Armenia by Azerbaijan in Nagorno-Karabakh. Suddenly it became clear that if you prepare well and choose the right ally, you can solve the long-standing territorial conflict by force. The temptation to try to repeat this for Kiev is very great, but what if it works out?

Thirdly, the United States has recently changed its government, and Ukraine is counting on more active support from Washington. By the way, some time ago, the Pentagon demonstrated how it might look in practice, quickly transferring its MLRS HIMARS to Romania for shooting practice. In the event of the outbreak of real hostilities in the Donbass, American transport workers with weapons will begin to land at Ukrainian airfields.

Finally, a military victory or even partial advancement and the capture of several settlements can raise the intensity of patriotic fervor in Nezalezhnaya and raise the shaken ratings of President Volodymyr Zelensky. It is not even necessary to recapture the entire Donbass.

Another question is what can come of this in practice. According to some data, the grouping of the Armed Forces of Ukraine in the region has 64 thousand people, divided into 4-thousand brigades similar to NATO. According to others, in reality there are two groups "East" and "North", numbering 20 and 17 thousand, respectively. Tanks are mainly represented by outdated T-64, but there are also newer T-72. There are over eight hundred units of age BMP-1, BMP-2, BTR-70, BTR-80 and BRDM-2. Barrel artillery is represented by 2S1 and 2S3 self-propelled howitzers, D30 towed howitzers, Msta-B howitzers, 2A36 Hyacinth self-propelled cannons and M-12 Rapier anti-tank guns, rocket artillery - two hundred different MLRS. The group is protected from air attacks by S-300 and Buk-M1 air defense systems. Artillery and airborne assault brigades are distributed along the front and will be ready to break through. This is a great power that it would be rash to underestimate.

On the part of the DPR and LPR, it will be opposed by 35,5 to 38 thousand members of the people's militia, whose weapons are comparable. The Armed Forces of Ukraine do not have total or at least three-fold superiority in manpower required for a successful offensive. Most likely, the Ukrainian army will be able to make a throw, having occupied some territories and settlements, and then it will get bogged down in a positional struggle. At the same time, Russia is behind Donetsk and Lugansk, from where help can come if necessary. To prevent an exacerbation, the leadership of the DPR and LPR gave the order to respond and suppress the positions of the Armed Forces of Ukraine, from where the fire is being fired:

In order to protect the population, units of the People's Militia were given permission to conduct preemptive fire to suppress and destroy enemy firing points.
With a high degree of probability, Kiev's attempt to solve the problem of Donbass by force will end in a bloodbath, in which thousands of young men from both sides will die. The maximum that the Armed Forces can count on is, by focusing on a certain direction, to gnaw off part of the territory of the unrecognized republics, and then declare it a "great change." And then everything will depend on the Kremlin, whether they decide to fight back what was lost or go further beyond the boundaries of today's DPR and LPR. But for this, you first need to decide what the Russian leadership itself wants in the Ukrainian direction, to solve the problem with the presence of a hostile state at the root of the border, or to leave everything as it is until better times. Perhaps it will resolve itself.
Ctrl Enter
Noticed oshЫbku Highlight text and press. Ctrl + Enter
We are
Ukraine from the inside: traitors, curators and those who watch from the Kremlin
Ten "defeats" of Putin
Reporterin Yandex News
Read Reporterin Google News
46 comments
Information
Dear reader, to leave comments on the publication, you must sign in.