Sanctions are about nothing: the West really wants to "punish" Russia, but cannot 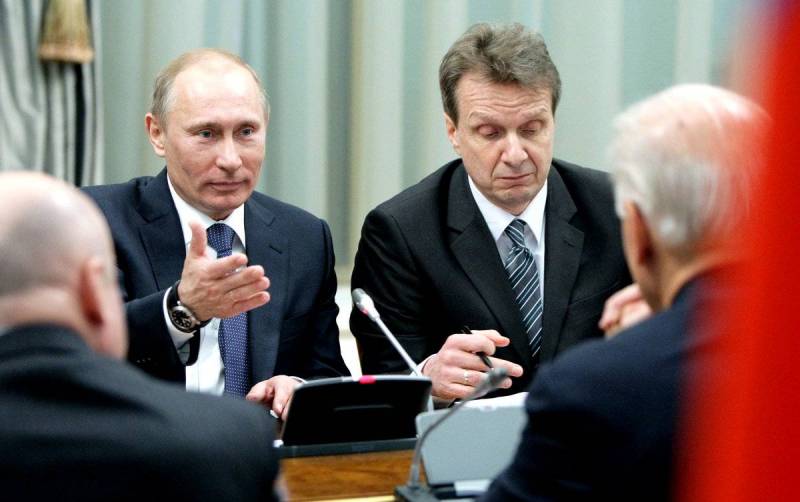 The long-awaited event for many "friends" of our country has come true: for the first time since President Joe Biden came to power there, Washington has "burst out" with a new package of anti-Russian restrictions. The United States, following the European Union, decided to "punish" our country "for the poisoning and arrest of Navalny." At the same time, the real sanctions lists announced on both sides of the ocean could not cause anything but the deepest disappointment both among the numerous ill-wishers of Russia and among the domestic "opposition", which for a long time begged from the West for "effective support" and placed such great hopes on it. ...


In the opinion of the absolute majority of analysts, the current anti-Russian demarche, which looks pale and tortured, demonstrates not only the complete collapse of the West's desperate attempts to "make Moscow pay" for actions and decisions it does not want, but also a clear realization by the "world community" of its complete impotence in the face of our country. Why, then, was it undertaken at all, and what should be expected further? Let's try to figure it out.

First of all, it is worth noting that in this case the dreams of those who expected from the imposed sanctions a "new blow" on the Russian the economy or "according to the interests of the oligarchs supporting the Kremlin." The logic of such hopes, periodically voiced by the public like Navalny's comrades, is as simple as a lowing: it will become "worse to live in Russia" - and the "authoritarian regime" will be "swept away by the people." The domestic moneybags will lose really serious profits - and then they will rush to "overthrow" the same "regime". It is difficult to argue with such flawed "conclusions". Yes, and there is nothing - what else can you expect from figures who publicly address the same EU with the lowest request "to impose sanctions, but more painful"? Alas and ah - those who hoped for the development of events in a similar vein, "flew", and in the most cruel way.

The European "black list" includes the heads of the domestic Investigative Committee Alexander Bastrykin, the Federal Punishment Service of Russia Alexander Kalashnikov, the commander of the Russian Guard Viktor Zolotov and the Prosecutor General of the country Igor Krasnov. In the American version, the same Kalashnikov and Krasnov are present, however, instead of their "comrades in misfortune" from the first list, FSB head Alexander Bortnikov, Russian Deputy Defense Minister Pavel Popov, as well as two people who are not related to "power" departments were added there. " , but directly to the presidential administration. This is the first deputy head of its head Sergei Kirienko and the head of the department for external policy Andrey Yarin. It is not entirely clear what the United States wanted to demonstrate by just such a selection of the "punishable" - either "broad-mindedness" or simply unwillingness to blindly copy Brussels. Yes, in principle, it doesn't matter.

There is another significant difference - the US Treasury has sanctioned as many as three Russian research organizations. This is the State Research Institute of Organic Chemistry and Technology (FGUP "GosNIIOKhT"), FGBU "27 Scientific Center", as well as the 33rd Central Research and Testing Institute of the Ministry of Defense of Russia. In any case, this is how they are listed on the official website of the American department. That, in fact, is all ... In the latter case, the introduction of restrictions against state "offices", in essence and the nature of their activities, are organizations as "closed" as possible, or even directly classified, can cause nothing but Homeric laughter. They will surely suffer from the ban on "cooperation with Western counterparties", which they did not conduct anyway! The same, in principle, can be said about the "severe punishment" for government officials of the rank of Bortnikov or Kiriyenko, for whom the possibility of "doing business" in the United States or visiting this country is now closed. They'll be upset! We've lost a lot ...

Regarding "business" and "assets" - this is simply ridiculous, but as for voyages overseas, how many times have people from the highest echelons of Russian power been seen there in recent years? Well, they won't let me in, they won't let me in - it didn't hurt, and I wanted to. However, there are, among the restrictions, and, it would seem, purely economic moments. For example, from now on, the Export-Import Bank of the United States will not be able to lend to Russian enterprises. A terrible loss! Of course, if you do not remember that the last loan that had an addressee in our country was issued by this financial institution ... in 2014! After the well-known events that took place then, cooperation with our country was simply curtailed - without any loud declarations. Now this fact is just formally announced at the official level.

Absolutely the same can be said about the bans on "lending by American state organizations to the Russian defense sphere", "the supply of weapons and other items to Russia that appear in the list of US ammunition", as well as about "the cessation of financing of all military programs of foreign states, which Russia participates in ”. Yes, forbid, as much as you like - after all, nothing like this has happened for a long time! Well, as for Washington's refusal to our country in "any aid, except for humanitarian aid in the form of food", it remains only to explain to the overseas gentlemen where and in what color shoes we saw their "help". By the way, with regard to those areas in which the Americans themselves are interested, and in which some cooperation is still flickering, neither the State Department nor the Ministry of Finance are "off the shoulder" - for example, US Secretary of State Anthony Blinken did not fail personally regarding cooperation in the space sphere to clarify that "opportunities for cooperation, including financial ones, remain open."

Thus, the United States demonstratively portrays the "education" of Moscow, but at the same time makes a reservation: where necessary, we will solve the questions. So you should not blame the Russian Foreign Ministry for a "too restrained" reaction to this demarche - what "sanctions", such is the reaction. With all this, the attempts of the Europeans to portray a good face in a bad game and to find explanations for their own "softness" in the sanctions issue look especially hilarious, in no way voicing their true motives and reasons. For example, the head of Brussels diplomacy, Josep Borrell, launched into lengthy explanations on this matter: they say that no restrictions on business representatives and commercial companies from our country were introduced solely because the EU "wants to support the rule of law in all cases." And then the Russian businessman will file a lawsuit in a European court with the requirement to prove that he is specifically involved in the fuss around Navalny - and go and prove it!

No, what a beauty! I just want to exclaim: "Oh, you, pranksters!" And about Zolotov with Bastyrkin and Krasnov with Kalashnikov, then you have proof ?! Now show me, you liars! And at the same time, admit that you are simply terribly afraid of freezing your ears, which do not turn red from shameless lies, when the evil Miller, at Putin's command, will screw you on the gas valve in response to your dirty tricks! The West, perhaps, would very much like to annoy Russia in earnest. I probably would even like to. However, the bacchanalia of bans, restrictions, and sanctions, which has lasted since 2014, has only led to the fact that our country has finally realized that they can do just fine without this obstinate, disgustingly itchy and crawling "world community". As Deputy Speaker of the State Duma Pyotr Tolstoy said recently, it is time to finally think seriously about what we are doing in such organizations as the Council of Europe and whether there is any sense for us to be in them at all.

Such a position taken by the Russian authorities is becoming more and more obvious to the West, and they understand more and more clearly that this time Moscow is not joking. It does not "scare", does not try to achieve any "concessions" or "put pressure" on the "world community" in order to return to its circle as soon as possible - no matter in what role and status. But this is only one side of the issue. The other is that the set of “weak” sanctions instruments has long been exhausted - and led to its use, by the way, only for such things as import substitution and strengthening the financial independence of our country. Then you need to raise the stakes, but here it smells not like a game of poker, but a natural "Russian roulette", a loss in which means you know what. According to the majority of Western experts, the only measure capable of causing real damage to the Russian economy could only be a complete embargo on the acquisition of its energy resources modeled on Iran. But no one will agree to this - neither in Washington, nor in Brussels.

Such "excesses" with regard to Tehran have led, in the end, to the fact that it is about to possess atomic weapons. Trump's saber-swinging contributed to the West's nightmare, which the West wanted to avoid at all costs. And Russia already has nuclear arsenals ... And if steps are taken against our country (albeit of a purely economic nature), meaning that they really want to destroy it, then this will completely and completely free Moscow's hands for any decisions. Absolutely any ... In the same United States, they are well aware of this and do not at all crave for their diplomats to jump into a helicopter from the roof of the embassy, ​​for example, in Kiev. Namely, something like this will follow as an "asymmetric answer" - here you can rest assured. As far as Europe is concerned, everything is exhaustively said above - there are no such "democratic values" for the sake of which the local residents would be ready to freeze to death.

You should not even count on the fact that, taking into account all of the above, we will be left alone. The West knows how to wait and "play for a long time" - the collapse of the Soviet Union was prepared and brought closer there for decades. And today, despite the obvious ridiculousness of the imposed sanctions, US Deputy Secretary of State Wendy Sherman continues to threaten "a harsh reaction against Russia in response to its actions that harm the interests of the United States or its allies." Come on, react, we are just tired of waiting! No, they will continue to make an enemy out of our country, and neither Washington nor Brussels will stop "world evil". We will simply exist in some "parallel realities" where the West will continue to "severely punish" Russia, and she will in no way notice this.
Ctrl Enter
Noticed oshЫbku Highlight text and press. Ctrl + Enter
We are
Navalny is another failed Charite victim
Ten "defeats" of Putin
Reporterin Yandex News
Read Reporterin Google News
11 comments
Information
Dear reader, to leave comments on the publication, you must sign in.