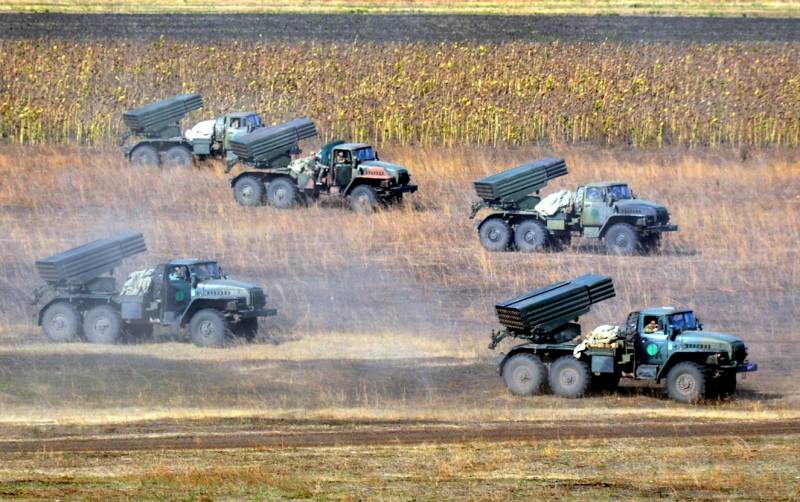 In Ukraine, in the usual "fire-emergency" procedure for its parliament, draft law No. 3553 is being prepared for adoption. Its provisions make very significant changes to the rules of military registration in force today in the country. In fact, this is the legal basis for general and general mobilization. The same one, about which Vladimir Zelensky spoke so pathetically at one time, stating that "if something happens, both men and women will stand up in line."


It is very likely that just in this case the president-comedian was not joking. Attempts to "cut away" from the army service, as such, and, in particular, from being called up "into the ranks" in "special cases" will very soon be fraught with extremely serious troubles for the inhabitants of the "nezalezhnoy". Why did Kiev need all this and why now? Let's try to figure it out.

To say that military service, as such, has not enjoyed particular popularity in Ukraine since its acquisition of "non-profit", would greatly underestimate the real scale of the desire of young people there to rid themselves of the burdensome "hardships and hardships" associated with the execution of civic duty in this form. The Ukrainian army very quickly turned into a truly "workers 'and peasants'" army, since only representatives of the poorest strata of the population, unable to buy their child out of such a nuisance, replenished its ranks in the form of conscripts. Under the last legitimate president of the country, Viktor Yanukovych, they decided to get rid of this "relic of the past" altogether, transferring the armed forces exclusively to a professional basis. But then the "Maidan" happened, which led to a civil war, and such nonsense had to be forgotten. Military service and annual conscriptions were returned to it, and at the same time they remembered the many reservists liable for military service, whom they also decided to put into operation.

I must say that the absolute majority of Ukrainians did not arouse the slightest enthusiasm for this prospect. What is interesting, first of all, among the residents of the western regions of the country, who, first of all, sincerely believed that they fully “served their homeland” on the Kiev “Maidan”, and secondly, they did not rush into the zone of real hostilities, perfectly understanding the difference between unarmed policemen and very angry and motivated Donbass militias. And in general - what kind of service can there be if uncleaned fields and uncleaned outhouses await in Europe ?! Business must be dealt with, not nonsense ... However, one cannot say that the population of the rest of Ukraine lined up at the thresholds of military enlistment offices - no one wanted to wear a uniform.

Patriotism can be perfectly shown in social networks or, at worst, at events such as "embroidery marches". But to demonstrate it in barracks or trenches is a pipe. The reluctance of young Ukrainians to join the army was especially strengthened by the picturesque stories about the disgusting supply of troops, the cattle conditions of army life, as well as the sheer “lawlessness” that was happening in almost all units and divisions. To become a victim of your own colleagues, who got drunk to hell or got stoned on some kind of rubbish - in the Armed Forces of Ukraine, indeed, the prospect is more than real. Corresponding figures of "non-combat losses", and, in fact, deaths from drunkenness, caused by it all sorts of emergency, suicide and mutual "showdowns" of fighters and commanders were regularly announced by the Ukrainian Military Prosecutor's Office and did not inspire military deeds, even being clearly underestimated at times ... As a result of all these factors, year after year, both the spring and autumn conscriptions to the Armed Forces of Ukraine passed with disastrous results regarding the shortage of recruits. At the same time, they naturally turned into a fascinating action with chases, round-ups and natural hunting for future "defenders of the state" wherever possible. According to the available data, the nightclubs, discos and drinking establishments popular with studiosus gave a particularly good "catch". Nevertheless, according to albeit unofficial, but quite trustworthy data (emanating, of course, from the military themselves) today, even in those parts of the Armed Forces that are far from the combat zone, the shortage of personnel is up to 40%. The closer to the front line, the thinner the army ranks become. At the same time, a significant part of the "bayonets" nominally included in the state are contract soldiers who joined the army from the poorest regions of the country in order to simply feed themselves somehow. This is the case in reality.

You're lying, conscript, you won't leave!

It is not allowed to officially send "conscripts" to the conflict zone in Donbass. However, with the current severe personnel shortage of the Armed Forces of Ukraine, this is far from always being fulfilled. And in the rear, as already mentioned, there is no one to serve either. Tellingly, there was real responsibility for draft evasion in Ukraine all this time - both administrative and criminal. However, the vast majority of young people preferred to "run" from the army, showing truly remarkable ingenuity and perseverance in this matter. Many preferred to pay formal fines and unofficial bribes rather than go to barracks and training grounds. Zelensky (it was on his initiative that bill No. 3553 was introduced to the Rada, and as an urgent one) intends to put an end to all this free movement. The fact that the president himself did not serve a single day does not change matters - it is very likely that the comedian decided to surpass his predecessor, Petro Poroshenko, in terms of the level of “patriotism” and militarism.

According to the provisions of the bill, fines for "draft evaders" who dared not to rush to the military registration and enlistment office on a summons, not to go to the training camp or not to get up on time for military registration, should be increased by 6-7 times. For the first such violation, they will rip off 30-50 thousand hryvnias (80-130 thousand rubles), and for a second violation - more than 100 thousand (more than 266 thousand rubles). But these are administrative fines ... If the evasion of military registration or the passage of fees is deemed to fall under criminal legislation, the amount of the fine will increase to 300, 500, or even 700 thousand hryvnias (800 thousand, 1.3 million and 1.8 million rubles, respectively)! For people who are not too familiar with Ukrainian realities, I will clarify - the above sums for the majority of local residents are not that unaffordable, but completely outrageous. Not every lucky person earns 100 thousand a year there. There is nothing to say about the rest of the figures. In turn, the punitive mechanism for the state to collect its material claims from citizens in "post-Maidan" Ukraine works flawlessly - they will rip it off like sticky, taking everything, including housing and personal belongings.

No less "rosy" prospects for Ukrainians are also promised by such innovations as the strictest ban on the employment of males who do not have a military ID and the police have to deliver "draft evaders" not even to the police station "for identification", but directly to the military registration and enlistment office - to place of service. No, the police of the "nezalezhnoy", contrary to the current legislation, had previously participated in round-ups on conscripts - however, then they could only draw up an appropriate protocol, and not drag them by the scruff of the neck into the barracks ... However, perhaps the greatest interest is another innovation. From now on, a completely new official category of persons liable for military service - "reservists", appears in the "non-profit". These are quite specifically meant those who not only did active military service, but have real experience of military operations. They can now be "put under arms" literally within XNUMX hours by personal order of the president. Moreover, in the "special period" it is possible even without the announcement of the mobilization in the country as such.

These persons can be sent to any units and subdivisions of the Armed Forces of Ukraine or the National Guard, both for performing combat missions and for going through "training or testing camps" for up to six months. The "special period" has been going on in Ukraine since the spring of 2014, so Zelensky, theoretically, can do a similar thing at any time, without coordinating his actions with anyone. On this occasion, a heated debate has already unfolded in Ukraine - why did the comic head of state suddenly need a "duplicate army", moreover, consisting entirely of former "Dobrobatovs", "ATOs" of the first "wave" and similar "patriotic" public intolerant of it?

Some have already come up with a hypothesis that in this way the cunning president ensured himself the opportunity one day to "rake all the most active nationalists" and send them far away from Kiev to dig trenches and feed mosquitoes at the training camp. So that "the water is not muddied" ... This bizarre version perfectly demonstrates the level of the Ukrainian "sofa-military experts". To do this - to bring together the most "explosive" contingent, and even give them weapons at the moment of exacerbation of the internal political situation (otherwise why do this at all ?!) can be either a suicide or a complete madman. For a long time, the veteran "Makhnovshchina", which did not want to hear about any laws, frameworks or prohibitions, will unite, arm itself, and move to the capital within the framework of such a scenario. Also, what good, will raise those units and subunits into the mutiny where they try to "pour" it, if such an attempt is made.

No, your will, there is something else ... And, whatever one may say, Zelensky's current militaristic lawmaking evokes the closest associations with only one moment - the creation of a Volkssturm by Adolf Hitler in October 1944 - May 1945. The one who tried to stop the Red Army with "rifles" made almost from drainpipes and cardboard grenades. The very one into which they finally began to drive children of 14, or even 10 years old ... In Kiev, they perfectly understand that any of his military adventures, whether it is undertaken in the Donbass, in the Black Sea or anywhere else, will only lead to to one ending. In the current conditions, which have changed very much literally in recent years, this will be a direct armed clash with Russia. For Ukraine as a state, such a scenario is tantamount to guaranteed suicide.

However, representatives of its government, apparently already having appropriate instructions from their Western curators, seem to be ready to take such a suicidal step for the country. Moreover, they are now taking steps to kill as many hastily "mobilized" people as possible. Unable to defeat Russia on the battlefield, "post-Maidan" Ukrainian politicians are eager to at least drown its reputation in the blood of their own citizens. It is for this that Kiev is preparing for a "total war."
Ctrl Enter
Noticed oshЫbku Highlight text and press. Ctrl + Enter
We are
"We must beat first": the geopolitical alignment around Russia is continuously deteriorating
Ten "defeats" of Putin
Reporterin Yandex News
Read Reporterin Google News
28 comments
Information
Dear reader, to leave comments on the publication, you must sign in.