"The Omnipotent Power of American LNG": Myths and Legends of the Gas Market 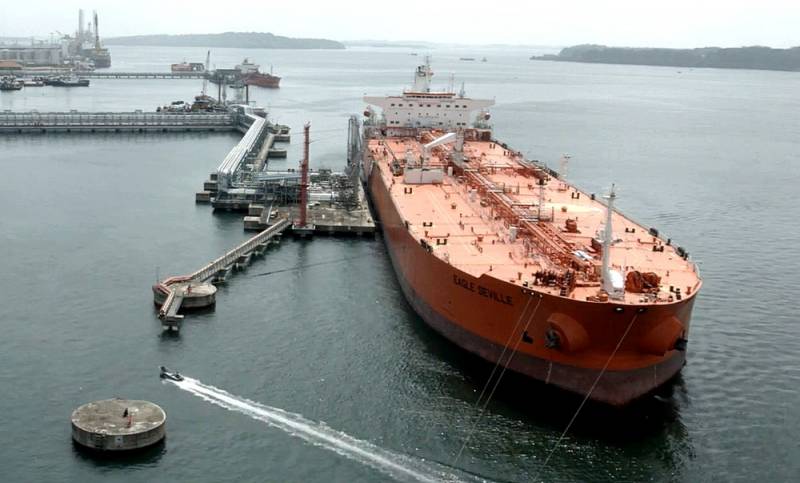 Somehow, imperceptibly for the general public, the epic with the construction of the notorious "Nord Stream-2", about which so many copies were broken, ended. The project, which cost PJSC Gazprom $ 5,5 billion buried at the bottom of the Baltic Sea, and the same amount to its European partners in the project - French ENGIE, Austrian OMV, British-Dutch Royal Dutch Shell and two German companies Uniper and Wintershall, who entered the project in half with the Russian monopolist (1 billion euros each, not counting another 5 billion dollars invested by the Europeans in the ground continuation of SP-2), through the efforts of the Americans, promised to become an underwater monument of the stupidity and recklessness of the project participants and the triumph of American power. But he didn't!


In order to understand how this happened, several long-standing myths will have to be dispelled.

At the moment, the EU consumes 600 billion cubic meters of gas per year for domestic and economic needs of the population, including industry and electricity and heat generating capacities (with an upward trend, although the pandemic has slowed this growth). Gazprom's share in this figure is only one third, having broken through the mark of 2018 billion cubic meters in 200, and last year, due to a warm winter and covid, fell to 175 billion. The remaining 66% of Europe's natural gas needs are replaced by other suppliers. Among them, LNG (liquefied natural gas) suppliers dominate, the largest of which are Qatar, Algeria and Nigeria, but there are suppliers of pipeline gas, in particular Norway (but its share is decreasing as the fields in the North Sea are developed, which are operated from 50 -s of the last century).

What kind of monopoly can we talk about? What kind of dependence on the Russian pipe? If you don't like cheap Russian pipe gas, buy expensive Algerian or Qatari LNG. By the way, back in 2009 (after the famous gas war between Kiev and Moscow), the States already tried to squeeze out Russian pipeline gas from the European market by laying the Qatar-EU gas pipeline through the territory of Saudi Arabia, Jordan, Syria, Turkey, and then joining the Nabucco gas pipeline ".

For your information:: Qatar, for a second, currently has the largest proven gas reserves in the world (although it shares them with Iran).

Myth number 2. About a rusty Ukrainian pipe that nobody needs

Now we will have to dispel the myth rooted in the minds of Russians about the rusty Ukrainian GTS, which no one needs. Needed! Very much even needed. It was for her that the war unfolded in 2014 between the States and Europe (you know who won the war). Control over the pipe ensured not only the energy independence of the EU, but also the competitiveness of European goods in the American and other markets. All the talk that the pipe is rusty requires repair and modernization is nothing more than idle chatter aimed at reducing its sales value. And although it costs nothing without gas, but only in 2014, without it, Gazprom would not have been able to fulfill its long-term contractual obligations to the EU, signed for the period up to 2030-2040 (with different EU countries for different periods).

Myth number 3. On the overwhelming power of American LNG

Under our favorite Donald Trump, another legendary myth arose about the replacement of Russian pipeline gas by American LNG. By the way, the full-scale implementation of the SP-2 project also began with him - in 2017.

The destruction of the myth will have to begin with a statement of the medical fact that no American LNG exists in nature. There is LNG produced on the American continent, specifically in the United States, by private American companies, to which the US state has nothing to do, except that they are located on its territory. They regularly pay taxes at the place of their registration, they do not owe anything else to the US state. To tell them to whom they should sell their LNG, and to whom not, neither the President of the United States, much less a bipod of a smaller caliber - cannot, from the word "absolutely". With all their desire.

It must be understood that the United States until 2015 was only a net importer of LNG for its own needs (it became a net exporter only under Trump). Therefore, antimonopoly legislation has developed there, nullifying the possibility of a monopolist emerging on the American market, capable of single-handedly dictating gas prices. As a result, all gas sellers can only sell gas on the national gas exchange Henry Hub. Therefore, in the United States, the gas producer, the owner of the liquefaction plant and the LNG exporter are three completely different structures, and the latter are mainly non-American companies. Most (63%) of them are "portfolio buyers" such as Shell, British Petroleum, Total, which have a large pool of buyers around the world and send American LNG to regions with the most attractive prices at that time (there were cases when LNG carriers deployed right on the way).

The scheme is simple - an LNG processing plant buys gas from local shale gas producers, liquefies it, and then sells it to buyers (Shell, Natural Gas Fenosa, and other companies) on FOB (free on board) terms of delivery under which the Seller loses the rights on the goods immediately, as soon as the goods have crossed the ship's rail at the port of shipment, from that moment all costs and risks of loss or damage to the goods are borne by the Buyer. After that, the seller does not care about the fate of the goods (LNG), he cannot influence the place of its shipment. Neither he, let alone the President of the United States.

American LNG companies have never seen the European market as an end in itself. Look at the map - where is Europe and where is Asia with its premium market? Even taking into account more complex logistics (the Pacific Ocean is still wider than the Atlantic Ocean and it is necessary to go through the Panama Canal, since all American LNG plants are located on the Atlantic coast), the fish still go where it is deeper, and a person, where it is better ... All businessmen know how to count money and it is difficult to get them to sell their products where they pay less for it. Therefore, they all break into the high-margin SEA market, where prices are several times higher. Selling gas in Europe at lower prices, you must agree, is a rather strange strategy. And low prices in Europe are largely provided by Gazprom. Its pipeline gas will always be cheaper than ocean-going LNG.

No battles have been fought for Europe, because LNG trade is a business, and gas goes wherever they pay more for it. And no geopolitics can prevent this. US-made LNG may periodically increase its presence in Europe, but these are normal market fluctuations, temporarily favored by the price environment. And then, we are talking only about free (non-contracted) volumes. And since all the capacities and volumes of American LNG plants are contracted for 15-20 years in advance (otherwise, businessmen who have invested in this business will never pay off the loans received for their construction, and they will never receive the loans themselves, because long-term the contract for the supply of LNG goes as collateral for the loan), then Trump could only dream of conquering the EU gas market and ousting cheap Russian pipe gas from it in his wildest erotic dreams.

Yes, he never dreamed about it. He only dreamed of America becoming great again. For this, he printed a box of his own hydrocarbons and tried to make money not only by printing money. The essence of the tolling scheme, which he applied in this business, was to shift all risks onto the gas buyer and thereby make the LNG gas industry a breakeven and competitive with pipeline gas. This scheme allowed the processor to reduce all commercial risks to zero. The only element of risk here is the need to buy gas on the exchange. But after the signing of the first long-term contracts for the sale of its products, the processing enterprise became break-even. All risks were shifted to the buyer, and the contract itself was used to secure a loan, without which even a barbecue house could not be opened in America, let alone build a liquefied gas plant. And everything was fine until the damned Biden came and buried this business with his green energy, to spite Trump, to our delight.

What prompted Biden to do this, and how the epic with the construction of the SP-2 ended, about this next time. Thanks to all. Not saying goodbye.
Ctrl Enter
Noticed oshЫbku Highlight text and press. Ctrl + Enter
We are
Why Biden is forced to abandon the conquest of the European gas market
Why such a battle unfolded for SP-2, and can the Americans be trusted
Reporterin Yandex News
Read Reporterin Google News
49 comments
Information
Dear reader, to leave comments on the publication, you must sign in.