Methane "Yenisei": how the new super-heavy rocket will look like 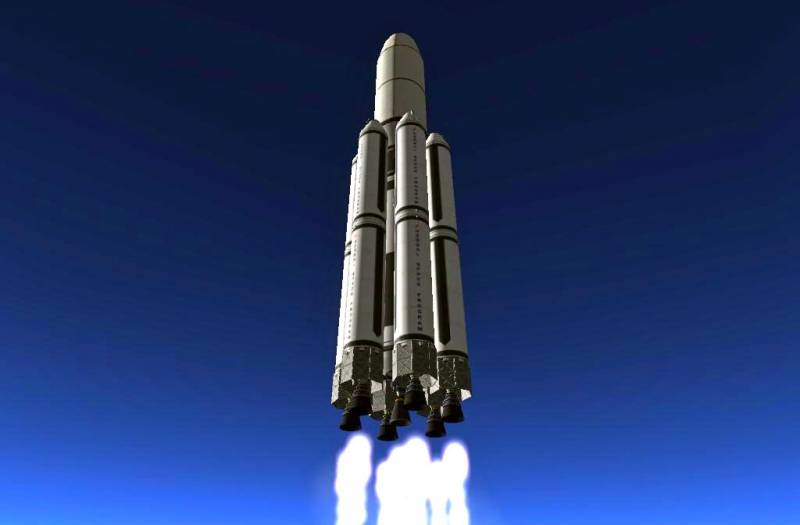 Russian engineers have defined a new look for the Yenisei super-heavy rocket. It is reported by RIA News with reference to a source in the rocket and space industry.

It is worth noting that the development of the RD-182 methane engine with a thrust of 250 tons was previously presented by the general director of NPO Energomash, Igor Arbuzov. The unit was intended for the Amur-LNG reusable rocket.

Now it became known that the RD-0169 engines with a thrust of 100 tons will be installed on the reusable medium-class carrier, and the more powerful RD-182 will go to Yenisei.

We will remind that earlier all work on the Russian super-heavy rocket was suspended, since in December last year Dmitry Rogozin announced the need to revise technical the appearance of the wearer. In this regard, the heavy "Angara" will be involved in the first lunar missions until 2032. By the way, according to the source, the initiative to switch Yenisei to methane fuel belongs to the head of Roscosmos personally.
Ctrl Enter
Noticed oshЫbku Highlight text and press. Ctrl + Enter
We are
New weapons on the way: What is known about the anti-satellite complex "Burevestnik"
Tsar Engine: is the RD-171MV the most powerful in the world?
Reporterin Yandex News
Read Reporterin Google News
12 comments
Information
Dear reader, to leave comments on the publication, you must sign in.