Nord Stream 2 in exchange for Ukraine: what is the essence of Berlin's three conditions 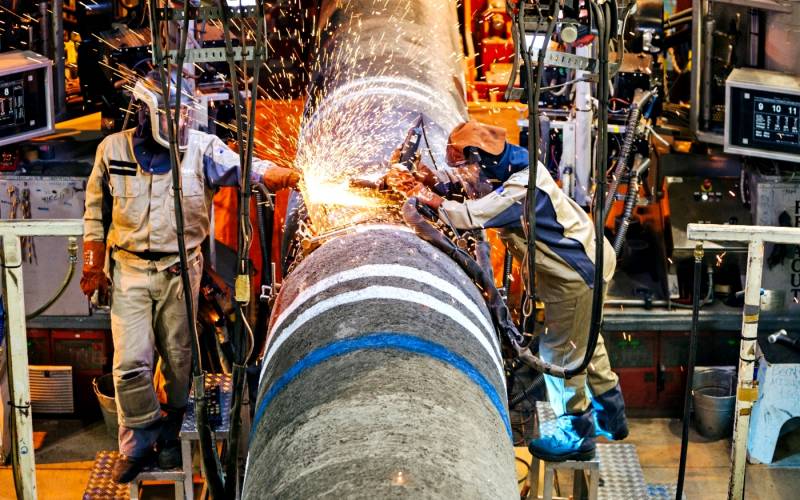 At the recent Munich Security Conference, the United States and Europe tried to negotiate a restart of their relationship, which had deteriorated somewhat during the presidency of Donald Trump. At the same time, the topic of Nord Stream 2 was also raised, which has already become a bone of contention between Washington and Berlin. The formal head of the event, Wolfgang Ischinger, announced the approximate parameters of a compromise that is possible between the United States and Germany on the further fate of the unfinished gas pipeline. After reading them carefully, one must inevitably have to think, was it worth it for Russia to get involved with this energy project at all?


It should be reminded that the gas pipeline with a capacity of 55 billion cubic meters of gas per year, together with the Turkish Stream, was supposed to create two alternative export routes bypassing Ukraine. The question of the reliability of Kiev as a transit country was also earlier, but after the events of 2014, this problem has moved to a fundamentally different level. We believed that after the launch of the bypass gas pipelines, the need for Nezalezhnaya would disappear, and that the dilapidated Ukrainian GTS, empty, would fall apart by itself. After that, this country will go bankrupt, freeze in winter, then fall apart and crawl in parts on its knees to ask for forgiveness and joining the Russian Federation. In general, the same "Cunning Plan", or the notorious geopolitical "multi-move", or rather, the result of collective unconscious creativity, trying to explain all the strangeness and illogicalities of the Russian policy in the Ukrainian direction.

Let's see again what came out of this in practice. First, at the suggestion of the United States, the European Union extended the Third Energy Package to the Russian-German gas pipeline under construction, as a result of which the project operator must be ready to provide one of its two lines for other companies. Since there are none in this region, the pipeline will remain only 50% full, which means that the payback period will at least double. Then President Trump imposed sanctions directly on Nord Stream 2, and the general contractor abandoned it without completing it. After that, additional obstacles were created to complete the construction by Gazprom itself. In particular, the Akademik Chersky pipe-laying plant has not yet been able to start. More and more foreign companies are gradually leaving this international project.

The general meaning of these actions by Washington is clear: the "hegemon" demonstrates to all those involved that without agreement with him, "Nord Stream 2" cannot be completed or calmly operated in the future. However, the project is objectively needed by Germany and all of Western Europe, and the government in the United States has recently changed. The German edition Handelsblatt has announced several options for action facing Berlin. Among them were: the completion of construction without regard to the United States, the suspension of the project until the completion of negotiations with Washington, the provision of compensation to Ukraine in the event of the start of the Russian-German gas pipeline, and, finally, a compromise with the "hegemon", within the framework of which in relation to the "Nord Stream-2" a certain shutdown mechanism is being introduced in case Gazprom decides to stop or reduce transit through the Ukrainian GTS.

And following the results of the Munich conference, its head Ischinger, in an interview with Spiegel, announced the conditions of Germany under which Nord Stream 2 could be completed and launched.

At first, the same mechanism for shutting down the gas pipeline should be provided in case of termination of gas transit through Nezalezhnaya. This means a complete collapse of the idea of ​​Gazprom and the Kremlin to get rid of their dependence on Kiev. Also, the EU authorities must gain access to the pipeline. What is implied here is not clarified, but it sounds very promising and rather ominous.

Secondly, a kind of "Euro-Atlantic Energy Treaty" will be created. Within its framework, the EU should strengthen its gas market and quickly switch to alternative energy sources. Probably, this refers to the construction of additional LNG terminals for receiving American liquefied gas, as well as deepening cooperation with companies from the United States in the format of the "New Green Deal" promised by Joe Biden. This is what Berlin and Brussels are ready to offer Washington in exchange for a compromise.

Thirdly, Moscow receives a lot of additional obligations. Thus, the European Union is interested in maintaining economic stability of Ukraine, and Russia "could" become a party to an international treaty that ensures this. Apparently, we are talking about guarantees for pumping certain volumes of gas through Nezalezhnaya and after 2024, as well as the repair of its GTS. Apart from economic conditions, there are also political conditions. In particular, the Kremlin is expected to make progress in resolving the crisis in Donbass, as well as in the fate of opposition leader Alexei Navalny.

So that's it. Now compare, please, with what we wrote for two weeks ago, and then more... Almost word for word. What do we have in the bottom line?

The complete collapse of the entire Kremlin's foreign policy towards Ukraine is evident. Russia runs the risk of emerging from the “multi-move” on even worse conditions than it was in 2014. Now, instead of maintaining one Ukrainian GTS and paying increased tariffs, Gazprom will have to keep two trunk systems with excess capacity in working order at once, and the Kremlin will have to fulfill the Minsk Agreements on Kiev's terms.
Ctrl Enter
Noticed oshЫbku Highlight text and press. Ctrl + Enter
We are
How the United States can turn Nord Stream 2 against Russia itself
Peace enforcement operation. Russia inflicts a preemptive strike on Kiev
Reporterin Yandex News
Read Reporterin Google News
33 comments
Information
Dear reader, to leave comments on the publication, you must sign in.