How and where Ukraine was going to "squeeze" Russia 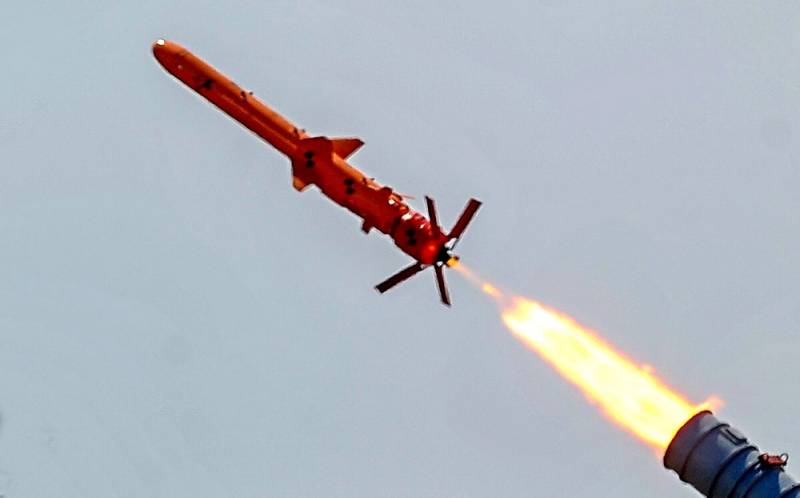 For "post-Maidan" Ukraine with its slogan "Get out od Moscow!" the country looks pretty strange. Nevertheless, it is precisely because of this unbearable itch that the "mighty" minds of Ukrainian patriots repeatedly give birth to projects one more bizarre than the other. All of them pursue one goal - to "move" or "squeeze" Russia in at least something. Well, well - let's try to understand specifically the essence of these plans, as well as whether they are feasible in principle.

Ukrainian "shushpanzer" with an American scope

One of the main platforms where Kiev sees the most favorable prospects for itself in terms of competition with our country is the export of arms and military equipment... The numerous reasons given and cited in this regard by the local home-grown "analysts" can be reduced to the following simple set of very controversial postulates:

1. Russia maintains a stable position in the world arms markets solely due to low prices for its products relative to similar products made in the USA or the EU.

2. The second favorable factor for it is the "habit" of certain countries, in particular, the "post-Soviet space", as well as Africa and Latin America, to Soviet weapons, which are now "copied" in Russia.

3. Based on this, Ukraine, which also allegedly "possesses the technologies of the Soviet military-industrial complex", can easily take the place of the "aggressor country" in this market segment, offering even cheaper and, of course, "much better quality" similar products.

At the same time, Kiev does not forget about completely cheating tricks, which they do not intend to disdain at all - they say, "our best friends", that is, the United States is making every effort to reduce the export of Russian arms, so why not at the same time lobby the interests of their " allies "?! At the same time, some especially gifted individuals go even further, speaking of the need for "broad cooperation of the Ukrainian military-industrial complex with Western partners", which will allow the "non-export" to produce military products of "Western quality, but at a Soviet price." As a result, an absolutely terrifying "hybrid" should have appeared: "cheap products of the Ukrainian engineering industry, equipped with American engines, optics and electronics, as well as guidance and communication systems." Do you even imagine this "wunderwaffe" ?!

If someone thinks that above I am citing the notes of patients of an insane asylum, then nothing of the kind. These are short excerpts from the projects of the Ukrainian Association of Manufacturers of Arms and Military Equipment. They say in all seriousness that "by combining the experience of the war between Ukraine and Russia, the potential of its mechanical engineering and Western electronics," Kiev will not only have additional earnings of at least $ 6 billion a year, but will easily "put on the blades" of the military-industrial complex "Damned Muscovites". Needless to say that in reality everything happens in a completely different way? The best proof of this is the international exhibition IDEX-2021, which ended just a few days ago, in Abu Dhabi. According to media reports, its state-owned concern Ukroboronprom was to present at this world forum “the best examples of the most modern weapons and military equipment,” in line for which, as it was implied, potential buyers would simply have to line up. At the same time, special hope was pinned on the rich Arab sheikhs, who are downright bursting with petrodollars ...

Subsequently, it turned out that the "best samples" are only mock-ups. Models like those that we made in our school Soviet childhood, except perhaps in larger sizes. At the same time, for example, the vaunted "anti-ship missile" Neptune "is nothing more than a" smothered "Soviet X-35 development of the 70s of the last century. And the "high-precision MLRS" Alder "is our domestic" Tornado ", over which the Ukrainian" craftsmen "have scolded to their heart's content. No one thought to conclude a single contract for this "superweapon". Be different - news would already have thundered from every "patriotic" iron "nezalezhnoy". However, there is a deaf silence. This means that IDEX-2021 for Kiev was not crowned with anything, except for the scandal with the head of the Ukrainian delegation Oleg Urusky, who was accused at home of almost high treason for being caught in the camera lens next to Ramzan Kadyrov. So they "squeezed" Russia ...

Building "Napoleonic" plans regarding competition with our country in the field of creation and sale of modern weapons, Ukrainian dreamers completely ignore the fact that for a long time the arms export, which really generously fed the leadership of this country, was not based in any way on the activities of its own military-industrial complex. They managed to ditch it in the "nezalezhnoy" almost in the very first post-Soviet years, and now they have completely destroyed it. There was a sale of the colossal reserves left over from the army of the times of the USSR, from which, practically, nothing remained. The Americans will share their military technology with the "natives" ?! Don't tell me! This is the same nonsense as talking about Boeing transferring its production from the USA or other countries to the dilapidated workshops of Antonov or the Kharkov aircraft plant! Subjects running around with such ideas, it seems, live in some kind of parallel reality. In our world, the United States is doing everything to finally finish off the remnants of Ukrainian industry.

Nevertheless, there are those in the country who categorically refuse to notice this and continue to make plans - even more bizarre and wild. For example, a certain Andrey Starostin, positioned in Ukraine as an "energy analyst and expert", recently came up with a completely phenomenal idea. It turns out that Kiev needs to "take the place of Russia in the world market of nuclear technologies"! How is that ?! It’s very simple - according to Starostin “it is necessary to follow the Chinese path - to start copying Russian technologies in the field of uranium enrichment, the creation of nuclear fuel, reactors for nuclear power plants”. It's as simple as that - take it, and, excuse the expression, slam! To write off, like a stupid poor student from a gaping excellent student. And then, without further ado, "sell to third countries already as our own", ruthlessly knocking out Russian nuclear scientists from there, thereby "inflicting a terrible blow on the strategic interests of the Kremlin."

Ahead of your questions, I will clarify - no, this person was not given an injection of haloperidol and at the moment he is not being treated in a madhouse. He continues to give interviews and make new plans of no less scale. Why did I refer his statements to the field of psychiatry ?! Well, judge for yourself: in Ukraine today there is one and only enterprise for the extraction and processing of uranium ore - the Eastern Mining and Processing Plant. The situation on it, to put it mildly, is not brilliant - there are already more than 150 million hryvnias (about 400 million rubles) in wage arrears to its employees at the plant. Old uranium mines are almost exhausted, and the development of new ones requires about 2.5 billion hryvnia (more than 6.6 billion rubles). At the same time, the decommissioning of the selected fields will also require an amount that is only half as much. What decision is the Ukrainian government planning to make in this regard? At a meeting of the local Ministry of Energy, which took place in mid-February this year, the infamous Yuri Vitrenko, the acting head of this department, voiced his intentions to simply liquidate Vostochny GOK, as they say, "at the root", thus getting rid of all problems and pressing issues in an original way. In response to the indignant question of the representatives of the enterprise about where to go to its employees in this case, Vitrenko advised the miners and workers of the processing shops "to go to Poland to pick strawberries." It is both financially more profitable and healthier. And uranium should be bought “on world markets,” where it is definitely cheaper. And in general - "Ukraine needs to engage in agriculture", and not all sorts of nuclear nonsense ...

This is the real situation with the nuclear industry in the "non-profit". The funny thing is that its own plant for the production of fuel for nuclear power plants there was supposed to go into operation last year. The corresponding agreement with Rosatom and the Russian TVEL company, on the construction and launch of such an enterprise, was reached shortly before the Maidan, which, of course, canceled all these plans. Today, the fuel produced in our country at Ukrainian nuclear power plants is being replaced by the products of the American company Westinghouse. It is currently being loaded into 7 out of 15 operating power units, and by 2023, according to the same Vitrenko, it will completely replace TVEL products. The fact that this may well lead to man-made disasters at nuclear power plants designed and built just for Soviet and Russian elements does not bother anyone at all. Naturally, in the existing "coordinate system", Washington categorically does not need either mining, processing, or even more manufacturing enterprises of the nuclear industry in the "non-leased" one. Now tell me - who, in such conditions, can talk about "ousting Russia from the world market of nuclear technologies" by Ukraine, except for a completely complete madman? The United States, waging a merciless struggle with our country in all spheres economics, wherever possible, and including in those of its segments, which were discussed above, in no case will they allow their own colony with the capital in Kiev to design, produce, and, moreover, export anything competitive. This is not to mention the fact that Kiev is capable of such a thing only in the dreams of “analysts” and “experts” who have completely lost touch with reality.

Well, and one more thing ... In fact, the Ukrainian delegation had nothing to do at IDEX-2021, not only because of the absolute secondary nature and fictitiousness of the "developments" presented there. Smart people would not have gone to the UAE after the scandal that occurred precisely over the Ukrainian weapons during the visit of Volodymyr Zelenskyy to this country. The comedian president decided to strike Sheikh Mohamed ibn Rashid Al Maktoum by presenting him with an automatic rifle "Fort-224", produced by the enterprise of the same name, which is part of Ukroboronprom. Let's omit the moment that this rifle is a licensed copy of the Israeli Tavor Assault Rifle ... In order to give an Arab sheikh an Israeli machine gun, you need to be a man of a truly powerful mind! However, the main trouble was that this "weapon", which the polite Arab still took in his hands, turned out to be absolutely inoperative! The magazine did not insert, the shutter jammed tightly. In the hands of the ruler of the emirate of Dubai was a piece of metal - ridiculous, useless and flawed. Exactly the same as all Ukrainian dreams of "domination" over Russia in any area.
Ctrl Enter
Noticed oshЫbku Highlight text and press. Ctrl + Enter
We are
Peace enforcement operation. Russia inflicts a preemptive strike on Kiev
US Global Economy: An End That Sneaks Noticeably
Reporterin Yandex News
Read Reporterin Google News
11 comments
Information
Dear reader, to leave comments on the publication, you must sign in.