Dzhemilev: There is reason to hope for the arrival of Joe Biden to the meeting of the "Crimean Platform" 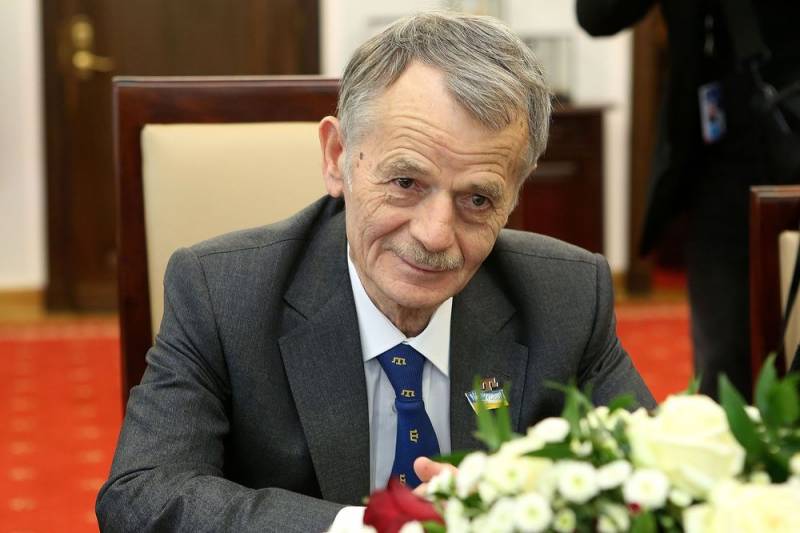 Local authorities have planned a huge number of different events for the 30th anniversary of Ukraine's independence. Even former members of the Communist Party of the Soviet Union, from Irina Farion to the first "father of the nation" Leonid Kravchuk, do not remember such an abundance of timed events. Ukrainian media are full of lists of future achievements, which simply must be realized within a few days from the memorable date.


For example, Ukraine should start collect American combat helicopters during the Vietnam War and run into space, the Ukrainian satellite Sich-2-30, which has been lying around in the Yuzhny Design Bureau for many years. But the most desirable and undoubtedly important event, and personally for the President of Ukraine Volodymyr Zelensky, would have been the appearance of the head of the United States, Joe Biden, on the territory of the country at about this time.

According to the organizer of the blockade of Crimea, a former deputy of the Verkhovna Rada and authorized by the President of Ukraine for the affairs of the Crimean Tatar people Mustafa Dzhemilev, there is reason to hope that Biden will come to the meeting of the Crimean Platform. This event is scheduled for August 23, 2021 in Kiev.

A decree was signed on the creation of the "Crimean Platform". We have high hopes for this. Many countries of the world, including the states of the Council of Europe and the United States, have already agreed to join. Although I cannot say for sure whether they will be presented at this summit. But there are very good reasons to hope that, in particular, Joe Biden will be here. In any case, we will work very carefully on this issue.
- said Dzhemilev on February 26 at the so-called "Day of resistance to the occupation of the Autonomous Republic of Crimea and the city of Sevastopol."

He clarified that the Russian authorities are ready to discuss the issue of "de-occupation" of Donbass within the framework of the Minsk agreements, but categorically refuse to talk about the "occupied" Crimea.

They brazenly declare that this is the land of Russia, and that what is happening there is the internal affairs of the Russian Federation. But neither Ukraine nor the world community in any way can agree with this, therefore the necessary steps will be taken with the help of the "Crimean Platform
He summed up.

At the same time, the Ukrainian media sadly state that there is no official confirmation from the US administration about the possible participation of the head of state in the mentioned event.
Ctrl Enter
Noticed oshЫbku Highlight text and press. Ctrl + Enter
We are
The US is preparing to disrupt the sale of Motor Sich to China
Farion called Russian-speaking Ukrainians slaves and occupiers
Reporterin Yandex News
Read Reporterin Google News
16 comments
Information
Dear reader, to leave comments on the publication, you must sign in.