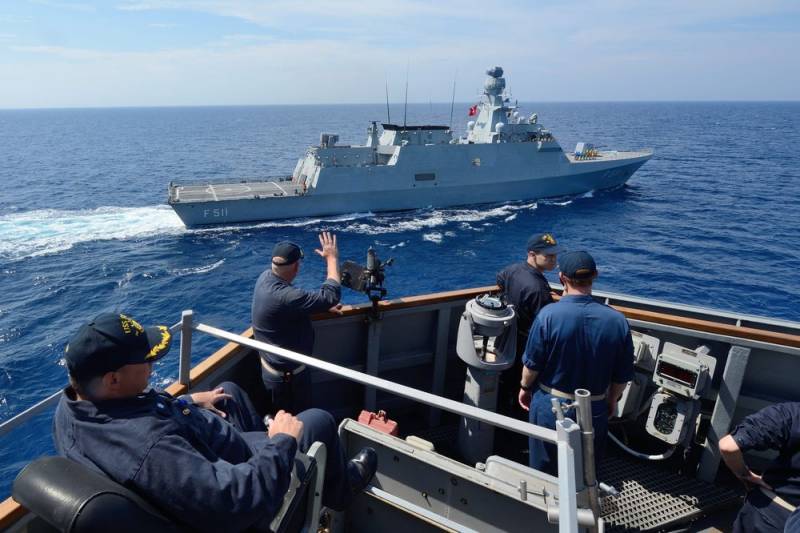 The first Turkish Ada-class corvette for the Ukrainian Navy is due to be built by 2023. The Ministry of Defense of Ukraine has decided on the equipment of new warships, writes the Ukrainian portal Defense Express.


Deputy head of the department Alexander Mironyuk spoke in an interview about the choice of anti-ship missiles, air defense systems, a combat information and control system and various radars.

According to him, the ships provide for "maximizing the use of anti-ship missiles." First of all, the Ukrainian P-360 "Neptune" will be installed. However, from other anti-ship missiles, such as Harpoon (USA), Atmaca (Turkey), Naval Strike Missile (Norway) and under development, no one refuses in the future. Since the ships will have to serve for more than a dozen years, ammunition can change. The Ukrainian military is interested in the effectiveness of weapons, therefore, "do not limit themselves to the framework."

As an air defense system, the possibility of installing the MICA complex (France) has been worked out. This is a modern universal air defense system, which is constantly being developed and adapted for use by ships of the corvette class. Compared to the RIM-116 (USA), which is installed on the ships of the Turkish Navy, it has significantly wider capabilities.
- said Mironyuk.

The shipborne MICA destroys targets moving at speeds up to Mach 3 at a distance of up to 20 km, and at an altitude of up to 9 km. Also, the air defense system is designed to intercept cruise missiles flying directly at the water surface. MICA has a more efficient vertical launch compared to the horizontal one of the RIM-116, and a number of other advanced features.

The military leader stressed that if the military-industrial complex of Ukraine develops a domestic air defense system with no less characteristics than that of MICA, fitting into the same dimensions, the ships can be re-equipped. But there are no achievements in this direction yet.

A similar situation with BIUS. Unfortunately, the domestic military-industrial complex cannot offer a system that is superior or comparable in its capabilities to the Turkish GENESIS. Therefore, on Ukrainian corvettes, it will remain unchanged.
He pointed out.

BIUS is actually the "brain center" of the ship, which is responsible for controlling all weapons. Without its reliable and efficient operation, all anti-ship missiles and air defense systems become "dead weight". At the same time, the Turkish GENESIS has already been integrated into all NATO communication standards and automated control systems by troops, including the Link 16 tactical data exchange network.

It was decided to keep the original sensor systems, the ship's radar and radio reconnaissance complex. They will be the same as on the corvettes of the Turkish Navy. In the future, the doors are open for the domestic manufacturer. But we have no right to risk the fighting efficiency of the ships
- summed up Mironyuk.

The ships will also be equipped with: Aselsan's RTR complex - ARES-2N, TBT-01 Yakamoz sonar complex, electronic warfare station, anti-torpedo jamming complex and other systems according to Alliance standards. Thus, the new corvettes of the Ukrainian Navy will become much more efficient than their classmates in the Black Sea. At the same time, the ships have already incorporated the possibility of their further modernization, summed up the media from Kiev.
Ctrl Enter
Noticed oshЫbku Highlight text and press. Ctrl + Enter
We are
Japan thinks about delivering preemptive strikes to neighboring countries
Ukrainians recorded the work of the Russian electronic warfare during the tests of "Neptune"
Reporterin Yandex News
Read Reporterin Google News
2 comments
Information
Dear reader, to leave comments on the publication, you must sign in.