Will our "Altius" push the American RQ-4 Global Hawk 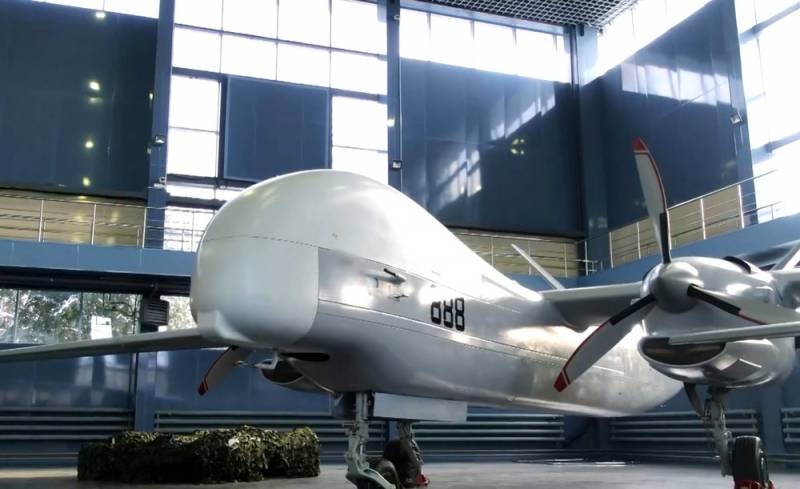 And again we return to the topic of Russian unmanned aircraft, which is being re-created literally before our eyes. UAVs of both licensed Israeli assembly and their own design are already quite successfully flying and used in combat. On the eve it became known that a contract was signed for the production of an initial batch of heavy reconnaissance and strike drones "Altius", which are positioned as direct competitors to the famous American RQ-4 Global Hawk. But will they be able to grow from a few piece samples into real "workhorses" of the RF Ministry of Defense?


For objectivity, it is necessary to carefully look at the "American" and the history of his appearance and formation. The first drones appeared in the United States at the end of World War II, and then they were widely used during the Cold War, making reconnaissance flights over the countries of Southeast Asia, where they showed themselves especially well in Vietnam. A real breakthrough in the field of unmanned aviation happened after the development of computer of technologies, the emergence of powerful processors and operating systems, satellite navigation and communications. The RQ 2 Pioneer UAVs performed well in Iraq during Operation Desert Storm, performing reconnaissance and target designation functions for artillery. Based on this experience, the Pentagon gave the task to develop a new generation reconnaissance drone, which eventually became known as the RQ-4 Global Hawk.

Without exaggeration, this American "strategist" has so far completely dominated the sky. The United States spent a lot of time on its creation and testing: the first flight was made in 1998, and it was adopted for service only in 2004, and only in 2006 the UAV actually began to perform combat missions. With a length of 13,3 meters and a wingspan of 35 meters, it is the largest production drone in the world. The materials for the creation were aluminum for the fuselage and carbon fiber for the wings. The Allison Rolls-Royce engine gives a flight speed of up to 700 km per hour, a payload of up to 900 kg, and a ceiling of up to 21 kilometers. The average time spent in continuous flight for different modifications is 30 hours. In a day, one RQ-4 Global Hawk can reconnoitre the situation on an area of ​​138 thousand square meters. kilometers, taking up to 2000 photos in good resolution.

This is a very serious "machine" that gave the US Army a great advantage over opponents. Interestingly, the Pentagon even considered the possibility of installing an atomic engine on the drone in order to increase the duration of its flight to several months.

And how can we answer this now?

The main Russian unmanned reconnaissance aircraft should be the Altius UAV. This project was originally called Altair, and work on it began back in 2011. They were led by the Sokol Design Bureau (now the Simonov Design Bureau), which had extensive experience in creating target aircraft. But then an unclear story happened with an openly "raider" smell, and in 2018 the order with all the developments on the project was transferred to another contractor, the Ural Civil Aviation Plant. UZGA at that time had experience in assembling and localizing the production of small reconnaissance UAVs "Forpost" under an Israeli license. In 2019, having turned from Altair to Altius-U, the heavy UAV successfully took off.


With a length of 11,6 meters, its wingspan is 28,5 meters. The takeoff weight reaches 5 tons, which would make it the heaviest Russian drone if it were not for the super-heavy Okhotnik, which has this figure of 25 tons. The ceiling of 12 kilometers is seriously inferior to the RQ-4 Global Hawk, but the carrying capacity significantly exceeds it, amounting to almost 2 tons, due to two power plants instead of one from the "American". The declared flight duration of a domestic UAV of 40 hours also exceeds that of a competitor. But the RQ-4 Global Hawk is still much faster than our reconnaissance aircraft, which gives out only 250 km per hour. True, domestic developers promise to do something more powerful on the basis of the helicopter turboshaft VK 800S. On board "Altius" can accommodate the most modern optoelectronic equipment, radar, surveillance cameras with thermal imagers. These drones can be very much in demand from the RF Ministry of Defense as aerial reconnaissance aircraft. They will be especially relevant in the Arctic, where they will look after the situation on the Northern Sea Route.


But this is far from all their possible purpose. Unlike the RQ-4 Global Hawk, the Altius can be reasonably armed. The air-to-surface missiles that have already been successfully tested on the Orion UAV, as well as free-fall and gliding bombs, suggest themselves. Thus, the Ministry of Defense of the Russian Federation will receive a second heavy attack drone in addition to the "Hunter", about the combat capabilities of which we will detail told earlier. S-70, developed by Sukhoi, certainly looks like a favorite in striking power. It will be able to carry both guided and unguided missiles and aerial bombs, as well as interact with the fifth generation Su-57 fighter as a wingman.

But Altius will have a significant advantage over the super-heavy S-70 in the form of a lower price. Also, when using domestic components, this reconnaissance and strike drone should be about 2 times cheaper than the RQ-4 Global Hawk. And this is extremely important for serial production and entering export markets.
Ctrl Enter
Noticed oshЫbku Highlight text and press. Ctrl + Enter
We are
When should we expect the appearance of "Hunter" in Syria?
New weapons on the way: What is known about the anti-satellite complex "Burevestnik"
Reporterin Yandex News
Read Reporterin Google News
22 comments
Information
Dear reader, to leave comments on the publication, you must sign in.