In Norway on the arrival of the B-1B Lancer: We are only responding to the Russian threat 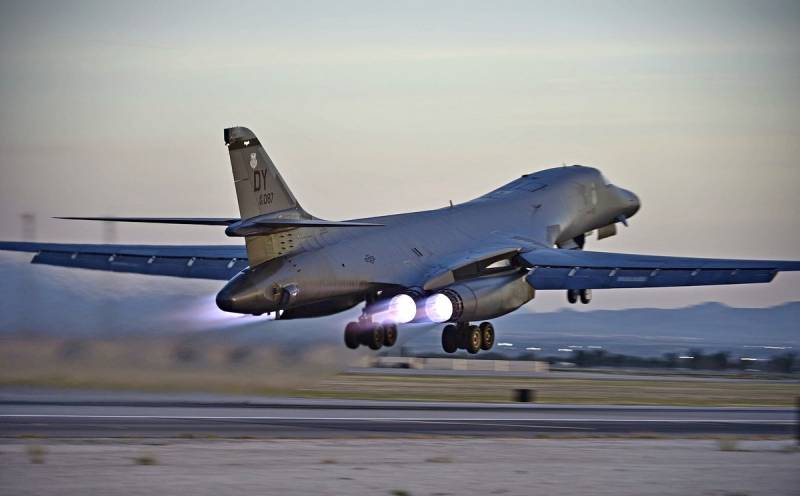 The Norwegian media are actively commenting on the arrival of American B-1B Lancer bombers in the country.


In particular, Tom Myrvold, the head of the Erland commune, whose opinion was published by the Forsvarets Forum magazine, which specializes in the news local armed forces.

Commenting on the protests of some fellow citizens who objected to the American military presence, he was not shy about assessing.

In internal debates about Russia and NATO, many people forget that it is the Russian Federation that is constantly multiplying the threat [...]. The response to this was the rearmament of Norway and the intensification of exercises with the allies. This is reasonable policy in the field of security in the face of a country that, unfortunately, constantly provokes tensions in the world
- the text says.

Further, the politician referred to a text previously published in Dagens Næringsliv, where the Norwegian military expert Geir Hågen Karlsen proposed ten (!) Points that Russia should, in his opinion, fulfill to remove this very tension.

In particular, the text says that the Russian Federation is obliged to withdraw its troops from Ukraine (paragraph 1) and again begin to comply with the CFE Treaty (paragraph 7). It is worth recalling here that Moscow imposed a moratorium on compliance with the Treaty on Conventional Forces in Europe back in 2007, citing the fact that NATO countries actually ignored it.

Other paragraphs contain requirements for refusal to interfere in the elections of Western countries, as well as restrictions on military exercises for the Russian Federation itself.

Returning to the protests against the American presence, Tom Myhrvold ironically praised fellow citizens for their position.

Personally, I completely disagree with the opinion of the protesters, but I am ready to defend their right to have it. We must respect the fact that someone is feeling insecure. And we must be proud that we live in a country where it is generally possible to express an opinion
- emphasized Tom Myhrvold.

It is worth noting that the Russophobic tone of a number of Norwegian media has become so aggressive that it has already approached the "gold standard" of some Polish and Baltic publications.

However, some publications believe that Norway is forced to provoke Russia, since this is the price for American defense through NATO. Without foreign aid, Oslo has little to offer against its eastern neighbor. Choosing between Atlantic loyalty and good neighborliness with Russia, the Norwegians predictably preferred the Americans.
Ctrl Enter
Noticed oshЫbku Highlight text and press. Ctrl + Enter
We are
There are signs that Russia is preparing a response to the deployment of B-1 "strategists" in Norway
Norway believes Crimea should be recognized as Russian
Reporterin Yandex News
Read Reporterin Google News
1 comment
Information
Dear reader, to leave comments on the publication, you must sign in.