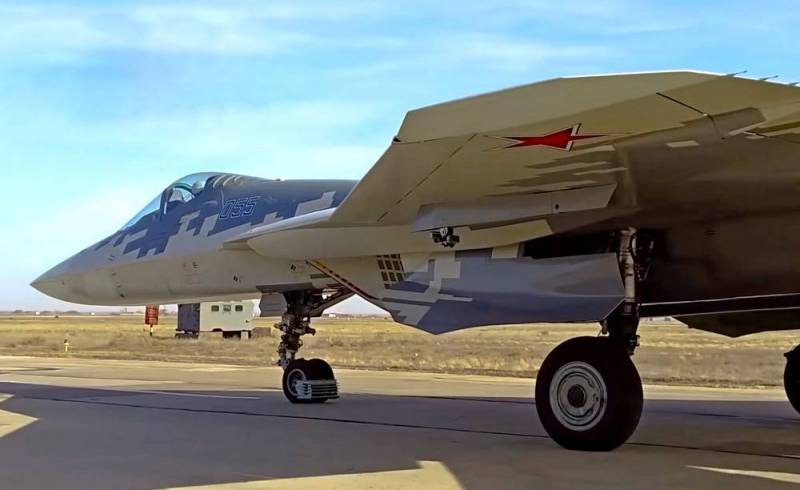 Details have become known that shed light on yet another Russian weapon of the "no analogues" class, with which Moscow has been frightening the West for years. The new development for the Russian Aerospace Forces looks more like a "hyperfake" rather than a hypersonic missile, writes the Ukrainian portal Defense Express.


On February 9, 2021, Russian Defense Minister Sergei Shoigu said that high-precision hypersonic systems of various bases would be the backbone of the Russian non-nuclear deterrent forces. On February 20, 2021, the Russian media reported in unison that the Gremlin aviation hypersonic guided missile (GZUR), designed to destroy land and sea targets, would be tested in 2023. After that, the Russian Aerospace Forces will receive an "invulnerable superweapon", which cannot be repulsed.

The GZUR theme was enthusiastically picked up by various Russian experts and military blogs. All of them unanimously praise the "Gremlin" and flaunt the performance characteristics of the secret development. According to them, the rocket will weigh only 1500 kg (including the warhead - 500 kg), and its length will be 6 meters, i.e. it will be smaller than the 9-S-7760 missile of the Kh-47M2 "Dagger" hypersonic complex. The new rocket will be able to fly at Mach 6 for a range of up to 1500 km. "Gremlins" supposedly can be used to arm not only "strategists" and the MiG-31, but also the Tu-22M3M, Su-57, Su-35S, Su-30SM and other aircraft. Some Russian enthusiasts have added in their inflamed militaristic patriotism to the fact that they announced the arrival of these missiles in service until 2025.

For clarity, it is necessary to clarify that their "knowledge" was gleaned from the words of the former commander-in-chief of the Russian Air Force Alexander Zelin, who only suggested the performance characteristics of the missile in 2013, when he was already retired.

In 2017, the Russians threw another "duck" to the West, informing that the GZUR would soon be ready and from 2020 would begin serial production "up to 50 items a year." In 2021, they decided to use the information about the GZUR again, launching it into the information space. Apparently, in Russia they believe that everyone around suffers from sclerosis, so they did not come up with anything new.

There are no official performance characteristics of the rocket and everyone refers to the aforementioned Zelene report. Some sources claim that OCD over a similar munition began in November 2018. But it's already 2021, and there is still no "breakthrough" engine for the rocket. Therefore, the above terms do not mean anything.

It should be noted that a certain aircraft missile is still being designed in Russia. Perhaps it will be GZUR "Gremlin", but "experts", bloggers and other near-military public do not know this. They really got confused in numbers and can easily confuse Mach 6 and 6 meters, as well as 1500 kg and 1500 km.

The nuance is that it is possible to place ammunition no more than 57 meters long in the internal compartment of the Su-4,2. Consequently, all of the above characteristics seem to be difficult to implement. However, a rocket with a length of 6 meters and a weight of 1500 kg can be hung under the wing. But then what will happen to the stealth of the Su-57 and the PR about the GZUR in the compartments?

What the mythical Gremlin will be like and whether it will appear at all is unknown. So far, the Russian authorities are more interested in intimidating the West and creating in the eyes of ordinary citizens of Russia a sense of pride in their country, regularly reporting about another weapon, which has no analogues in the world, summed up the media from Ukraine.
Ctrl Enter
Noticed oshЫbku Highlight text and press. Ctrl + Enter
We are
Space shield of the Motherland: the West is not in vain afraid of Russian inspector satellites
New weapons on the way: What is known about the anti-satellite complex "Burevestnik"
Reporterin Yandex News
Read Reporterin Google News
12 comments
Information
Dear reader, to leave comments on the publication, you must sign in.