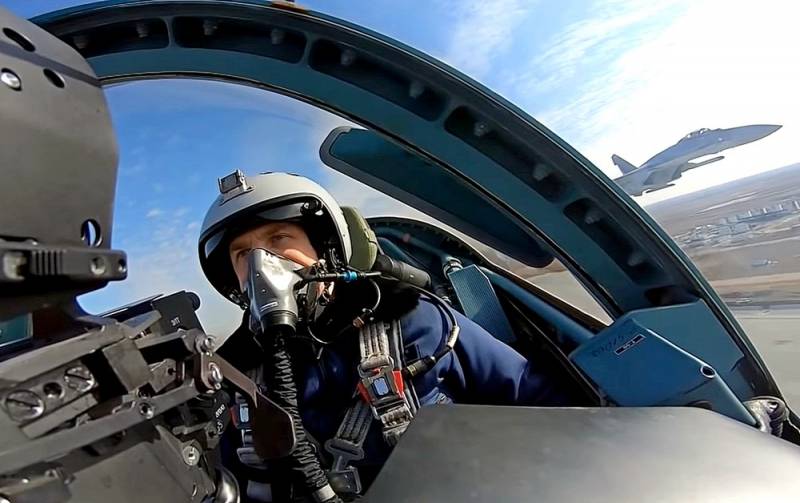 The two best fighters of recent times, developed by PJSC "Company" Sukhoi ", Su-57 and Su-35, conducted the first training" air battle ". The corresponding story was shown on February 23, 2021 in the Vremya program on Channel One.

It is clarified that the video was filmed near the Akhtubinsk airfield in the Astrakhan region in February this year. It belongs to the 929th GLITs of the Ministry of Defense of the Russian Federation named after V.P. Chkalov and is used for training flights of military aviation. Not far from it, just 20 km away, is the largest aviation training ground in Russia - Groshevo.


In addition, the participation of the aforementioned prototype in flights indicates that Russian developers and the military could conduct concomitant testing of some new systems, programs, assemblies, sensors or assemblies. Thus, the matter was not limited to one colorful "air battle" and elements of aerobatics.

The improvement of combat aviation is an ongoing process. At the same time, one of the fighters could well imitate some side of our probable "partners" who tirelessly move their military infrastructure closer to the borders of Russia.
Ctrl Enter
Noticed oshЫbku Highlight text and press. Ctrl + Enter
We are
Space shield of the Motherland: the West is not in vain afraid of Russian inspector satellites
New weapons on the way: What is known about the anti-satellite complex "Burevestnik"
Reporterin Yandex News
Read Reporterin Google News
16 comments
Information
Dear reader, to leave comments on the publication, you must sign in.