In 5 years, Russia will be able to completely regain its civil aircraft industry 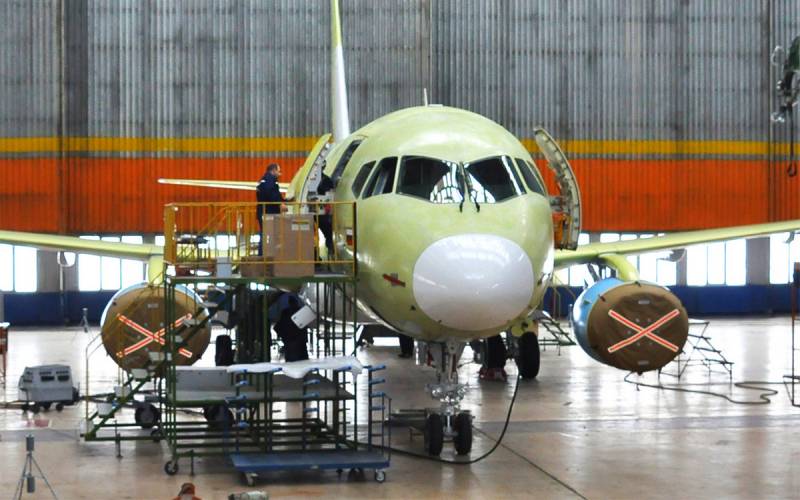 Boeing and Airbus are undoubtedly dominating the Russian sky today. However, the events of 2014 and those that followed have clearly demonstrated that one cannot rely entirely on imported products. For political reasons, Western corporations can simply stop servicing aircraft that have already been delivered and sell us new ones, and then air traffic within a huge country will simply be interrupted. The domestic civil aircraft industry in Russia is necessary, and big steps in this direction have already been taken. Within five years, our country can completely restore the once lost positions in civil aviation.


Let's go through the main market segments and see what we have in them now or will appear in the very near future.

On this long-suffering short-haul liner, only the lazy has not yet trampled on. Indeed, he really has something to criticize. This is an extremely high share of imported components, and low-quality SaM146 engines jointly developed with the French, and a completely flawed after-sales service system, which led to the refusal of the aircraft to operate by all foreign customers. Finally, critics of the project quite rightly point out that the market segment of 100 passenger seats, which the developers initially aimed at, is very narrow.

With all this, there are good news... They consist in the fact that Russia has developed its own PD-14 aircraft engine, which has successfully passed international certification, and on its basis a younger version, PD-8, will be created. It is this power plant that will be installed in the future on the Superjet-100, and at the same time, probably, on the Be-200 amphibious aircraft. In other words, we have practically solved the key problem of dependence on France in the repair and maintenance of engines. Also positive can be considered the decision of the country's President Vladimir Putin to bring the localization of the production of components for the short-haul liner to 97%. This should happen by 2024. That is, in a few years Superjet-100 will completely become Russified and will not depend on the whims of foreign suppliers. 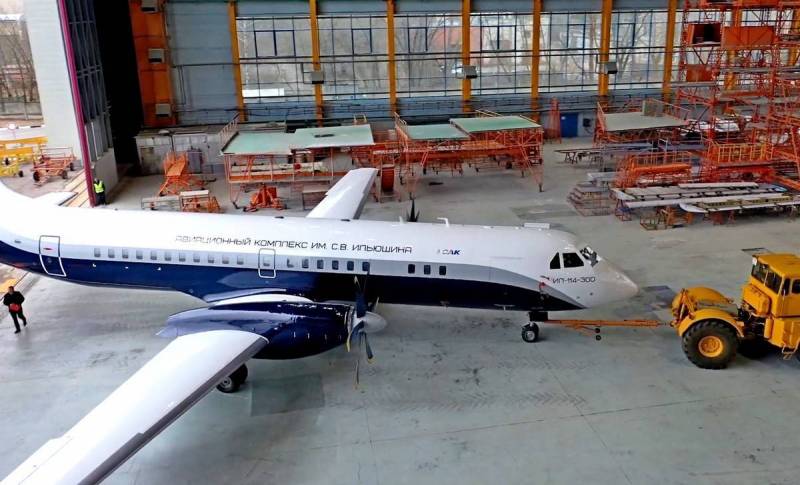 Perhaps the last real problem of "Superjet" with the wrong entry into the market segment can be solved by another Russian aircraft, the Il-114-300. This is the reincarnation of the Soviet short-haul turboprop, capable of carrying up to 60 passengers. He is hardy and unpretentious, he will be able to use not even the highest quality runways. But the most important thing is that the revived airliner will be equipped with a modernized domestic TV7-117 engine. Therefore, on its own, Russia is able to close the segment of short-haul air transportation, increasing the transport connectivity of the huge country. 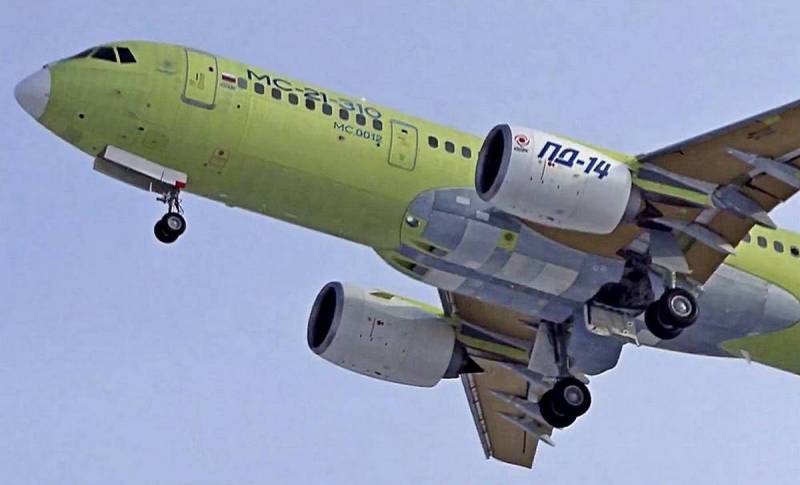 This is “our everything” in the medium-haul air transportation segment. The plane is good, it is so good that the United States imposed a whole range of restrictive measures against it, the purpose of which is to delay the implementation of the project as much as possible. The first victim of Western sanctions was the "black wings" of the MC-21, which were one of its competitive advantages, which provided significant fuel savings and increased passenger space in the cabin. The Rosatom Corporation had to deal with import substitution of composite materials. Then other Russian enterprises of the aviation industry fell under the sanctions. This means new time delays and new barriers to overcome. But, undoubtedly, in the end we will overcome them. MS-21 will be in demand not only in our country, it has good chances to take a certain share of the international market from Boeing and Airbus. It is clear that this one liner will not ruin the Western giants, but for the domestic civil aircraft industry this is a big step forward. 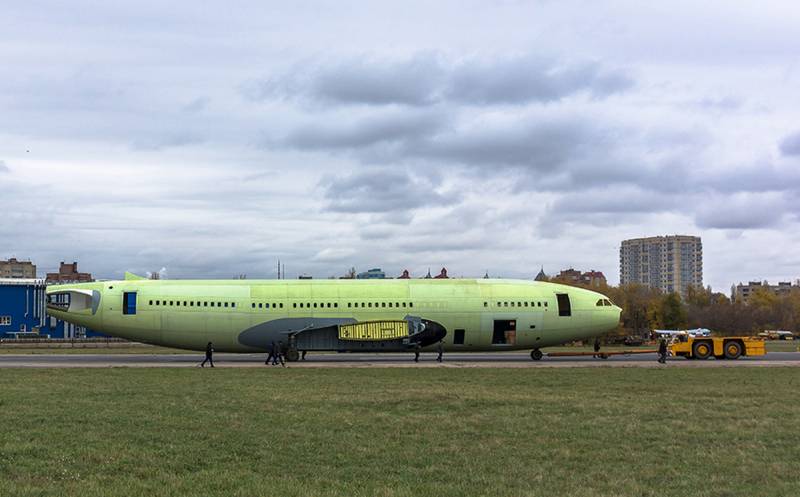 As for the long-haul segment, we even have some choice. Together with the PRC, Russia is developing the CR929 wide-body airliner. True, it will be produced for the most part in China, and only its wings will fall to the share of our country, therefore, within the framework of this review dedicated to the national aircraft industry, we will leave this project outside the brackets. The revived IL-96-400 may be of much more interest.

It is believed that Russia has missed out on the so-called long-haul liner revolution. The Soviet wide-body Il-96-300 was equipped with four already obsolete PS-90 engines, which were not able to provide economic efficiency compared to competitors from Boeing and Airbus. Also, a minus is the presence of three crew members instead of two, including the flight engineer. However, the big plus is that the wide-body airliner is completely manufactured from domestic components. By the way, this is the plane that President Putin flies.

We must pay tribute to Dmitry Rogozin, who, when he was Deputy Prime Minister, personally lobbied for the revival of the production of these aircraft in the IL-96-400 version. It was supposed to create a small series of six liners, but the change political the situation around Russia can open up new opportunities for the liner. So, in all seriousness, the possibility of replacing the old engines with PD-14 is being considered, which in this case will increase fuel efficiency. The lengthening of the fuselage will also improve the attractiveness of the aircraft, which will lead to an increase in the number of passenger seats in the cabin. In different modifications, the IL-96-400 will be able to transport from 350 to 370 people.

Well, absolutely gorgeous prospects will appear in front of the updated long-haul airliner, when the heavy-duty domestic PD-35 engines will go into series. Thanks to their increased combined thrust, the IL-96 will be able to transform from a four-engined to a twin-engined aircraft. This will reduce the cost of maintaining and repairing the Russian airliner, rightfully placing it on a par with Boeing and Airbus products.

Note that the appearance of the PD-35 can also make realistic the reincarnation of the heavy cargo An-124 Ruslan in Russia under a new name.
Ctrl Enter
Noticed oshЫbku Highlight text and press. Ctrl + Enter
We are
New weapons on the way: What is known about the anti-satellite complex "Burevestnik"
TOP-7 safest passenger aircraft in the world
Reporterin Yandex News
Read Reporterin Google News
22 comments
Information
Dear reader, to leave comments on the publication, you must sign in.