Tikhanovskaya's admission of her defeat could hide a tactical move 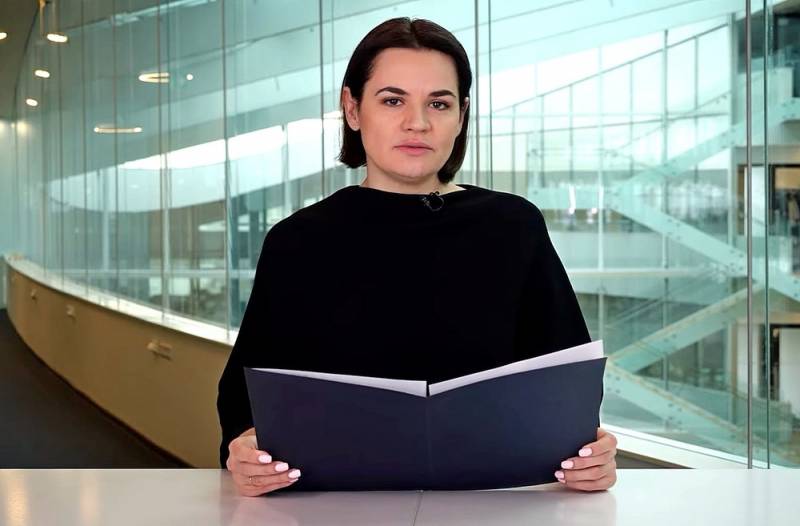 An important milestone has come in the history of "Belomaidan" the day before. "President of the Light" Tikhanovskaya admitted the actual defeat of the opposition, which, in her own words, "lost the street." Does this mean that now President Lukashenko can be uncorked and drunk champagne for victory and not blow his mustache anymore?


From a purely technical point of view, the Belarusian opposition was indeed defeated. Unlike Ukraine in 2014, it relied on a peaceful mass protest. A huge number of people took to the streets who were tired of the permanent President Lukashenko and his course and felt that the authorities had stolen their legitimate victory by “attributing” votes not to the opposition representative Svetlana Tikhanovskaya, but to the current head of state. But this bet turned out to be a bat.

President Lukashenko demonstrated his readiness to stand his ground to the end by personally picking up a machine gun. Having received the order, the law enforcement agencies of the Republic of Belarus did what the Ukrainian ex-President Yanukovych could not dare to do in 2014, effectively surrendering Kiev to gangs of armed nationalists. Undoubtedly, the huge influence on the fact that Alexander Grigorievich managed to stay in power in 2020 was played by the fact that he was directly and unequivocally supported by the Kremlin, which promised to send its retired security officials to help if necessary. As a result, many leaders of the Belarusian opposition ended up abroad, like Svetlana Georgievna herself, from where she tried to organize opposition to the ruling regime and achieve the introduction of Western sanctions against her country. In her opinion, the inclusion of 90 people in the "black list" of the European Union is a "mockery".

The natural result was that the population of Belarus is tired of the protests that have become meaningless. What is the point of falling into the "tenacious clutches" of law enforcement agencies if this cannot lead to a change of power in Belarus? Information leaks have also done their job, exposing some opposition representatives in a bad light. "President of Light" stated the loss of support from the "street". It turns out that the official Minsk held the victory?

No, perhaps it will be premature to talk about it.

At first, the root cause, which brought people to the squares and streets, has not disappeared anywhere. President Lukashenko is still in power, even if he promises to leave in the future. But it’s not just him. Citizens of Belarus in recent years have faced a noticeable decline in living standards, for which many blame the authoritarian style of Alexander Grigorievich. but economic the country's problems are objective, and they are not canceled by a simple change of faces. Minsk stands at a crossroads between Russia and Europe, and the opposition is pulling Belarus to the West. President Lukashenko, whom many would like to remove from the reins of power, serve as a symbol of the obstacle on the path to "happy Europeanization".

SecondlyAccording to experts familiar with the situation on the ground, in Belarus, during the mass protests, more than a thousand local underground cells from among the protesters have emerged. Even though they left the street to their homes today, no one will stop them from returning to them. According to Tikhanovskaya, the opposition is currently building more and more protest structures. Svetlana Georgievna even hinted that they could expect their debut in the spring. It is also easy to guess what will be the reason for a new round of protests. Surely these will be amendments to the Basic Law, which are currently being promoted by President Lukashenko in order to remain in power in some form, and the process of further integration with Russia within the framework of the Union State.

Thirdly, a new round of confrontation in Belarus with a high degree of probability will no longer be peaceful. “The President of the World” speaks about this almost directly from Lithuania in an interview with the Swiss newspaper Le Temps:

They (the law enforcement agencies of Belarus) have weapons, they have power, so at the moment - yes, we seem to have lost.
Formal logic dictates that for revenge in “another time” against “their” forces and weapons of the Belarusian opposition will need their own. Perhaps this is the key point in the program statement of Svetlana Georgievna. The leader and symbol of "Belomaidan" who appeared out of nowhere stated defeat, but not in the war, but only in the first "street" battle. Yes, they lost, but they are still ahead. There are still unresolved basic problems, there are already opposition network structures in Belarus itself, as well as organizations supervising them in the near and far abroad. It is enough just to bring the fuse ...

By all the same logic typical for the countries of Eastern Europe, for the announced future battles with the regime of President Lukashenko, the oppositionists will need more active support and funding from the collective West.
Reporterin Yandex News
Reporterin Yandex Zen
5 comments
Information
Dear reader, to leave comments on the publication, you must sign in.