Russia should drain the oil pipeline nationalized by Ukraine 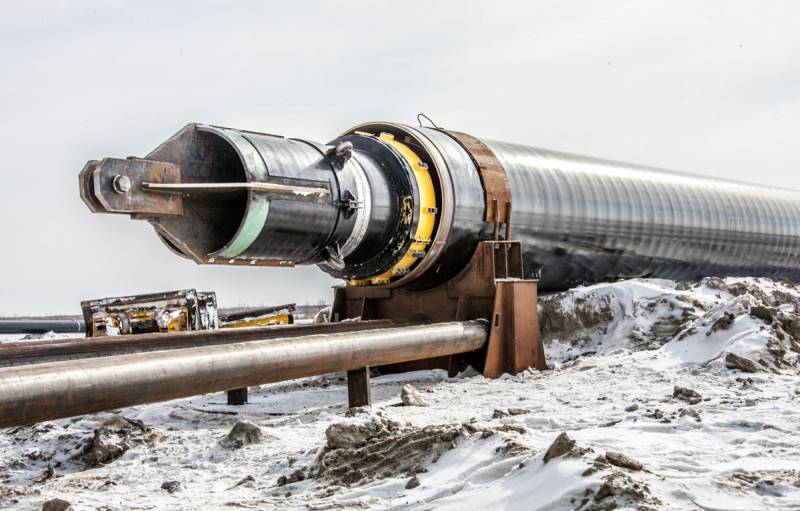 Nationalization began in Ukraine. According to the decision of the National Security Council (NSDC), the pipeline, through which diesel fuel comes from Russia, was returned to the state property. And all would be fine, but President Zelensky took this step clearly for political reasons, to settle scores with his "pro-Russian" opponent. How will this whole situation affect the supply of oil products from our country to Europe?


We are talking about the main pipeline "Samara - Western Direction", through which diesel fuel is supplied to the European Union. The oil product pipeline goes to the territory of Belarus, from where one of its lines leads to Latvia, and the second - through Ukraine to neighboring Hungary. After the collapse of the USSR, the Ukrainian branch was supposed to become the property of Nezalezhnaya, but it remained in the hands of PrykarpatZapadtrans, a subsidiary of the Russian Transnefteprodukt. In 2011, Ukraine tried to return the pipeline through the courts, but in 2015 "due to newly discovered circumstances" this decision was canceled. At the same time, PrykarpatZapadtrans was sold to an entrepreneur from Germany, Anatoly Schaefer, and a citizen of Belarus, Nikolai Voroby. And now the Ukrainian law enforcement agencies have suspected the expert opinion, which formed the basis of the court decision of 2015. Following a meeting with President Volodymyr Zelenskyy, the NSDC decided to return the oil product pipeline:

Having considered this issue, the National Security and Defense Council decided to take urgent measures to return the state property of the people of Ukraine.
And everything would be fine if it was really done for the good of this very people of Ukraine. Unfortunately, we have before us the usual mixing political accounts of the "servant of the people" with his opponents. In Nezalezhnaya, it is not particularly hidden that in this way there is a "rush" on businessman and politician Viktor Medvedchuk, who is known as "Putin's godfather." (At the beginning of the XNUMXs, Vladimir Vladimirovich became the godfather of his youngest daughter Daria.)

Today Viktor Medvedchuk is considered almost the main pro-Russian politician in Ukraine. Together with presidential candidate Yury Boyko, he repeatedly visited Moscow and St. Petersburg, where they held high-level talks on gas transit. In the elections to the Verkhovna Rada in 2019, the party "Opposition Platform - For Life" led by them received 13,5% of the vote and 44 parliamentary seats. Yuri Boyko, who competed in the presidential election to Vladimir Zelensky, scored 11,67%, becoming the fourth. Last year, the opposition party won local elections in six regions, and in Kiev, the OPZhZ representative won second place. In other words, the conventionally “pro-Russian” political force in Independence is gradually gaining points. At the same time, the rating of trust in President Vladimir Zelensky fell below 20%, and his party was in fourth place. Three quarters of Ukrainians surveyed believe that the country is on the wrong course. Judging by the numbers, where exactly to go, they still cannot decide: ex-president Poroshenko is supported by 10,6%, Yulia Tymoshenko - 8%, Yuriy Boyko - 7,4%. That is, the competitors are pretty close.

Obviously, in order to avoid the growing popularity of the "pro-Russian" candidate, the "servant of the people" launched a frontal attack on Medvedchuk's team. At first, three opposition TV channels were blocked, which showed a picture that was not very pleasant to official Kiev. Then personal sanctions were imposed on the "godfather of Putin" and his wife Oksana, as well as several Russians with the ominous and promising phrase "for financing terrorism." The property and assets of the oppositionist were blocked for three years, the ability to withdraw funds abroad was limited. And now the withdrawal of the oil product pipeline in favor of the state.

Neither Medvedchuk nor his wife directly owns the PrykarpatZapadtrans company, but the German entrepreneur Anatoly Schaefer is considered to be close to him, through whom he actually manages. Why all this is being done is also understandable: the “servant of the people” is trying to knock out their material base from under his political opponents. Well, who would have thought that the "cutie" Zelensky would be capable of this, gradually turning into a parody dictator, either with a cocked hat on his head, or with a little mustache sprouting slowly.

The key question is what will happen next with the supply of Russian diesel fuel to Europe via the nationalized pipeline. It is likely that now Kiev will start raising tariffs for pumping oil products through its territory. Considering that our diesel fuel is used, among other things, for refueling Ukrainian tanks and other armored vehicles, which have been used for the seventh year in Donbas and are concentrated near the Russian western borders, it may be worth considering reorienting export supplies from Nezalezhnaya to an alternative sea route.
Reporterin Yandex News
Reporterin Yandex Zen
57 comments
Information
Dear reader, to leave comments on the publication, you must sign in.