MW: Russia deployed far from the most efficient fighters in Kaliningrad 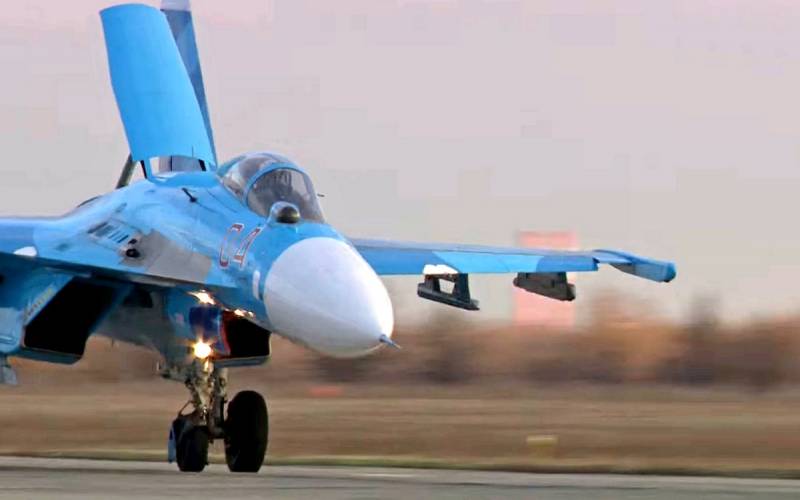 The Kaliningrad region of Russia is one of the most militarized regions of the country due to its potential vulnerability. It is separated from the mainland of the Russian Federation and is located on the Baltic coast between Poland and Lithuania, writes the American edition of Military Watch.


The enclave is home to the Baltic Fleet base, coastal anti-ship missiles, tank and artillery units, Iskander OTRK and S-400 air defense missile systems. From the air, this grouping is covered by the Su-27SM3 multipurpose fighters, which NATO hates most of all. They are armed with R-110 medium-range (up to 77 km) air-to-air missiles.

In December 2020, the Su-30SM multipurpose fighters also appeared there. In fact, Kaliningrad is a foothold in the depths of the Alliance's defenses.

Over the years, it was the improved Su-27s that caused the most trouble for NATO pilots. Su-27 entered service with the USSR in 1985. They were primarily designed for air warfare, so they had limited ground attack capabilities. In terms of their capabilities, they surpass the American F-15 Eagle fighters, designed to gain superiority in the skies. The Russians still have 150 units of these combat vehicles.

Exactly how many Su-27SM3 are deployed in Kaliningrad now is unknown. It is also unclear why Russia keeps far from its most efficient fighters in the enclave, because the Russian Aerospace Forces has at its disposal modern Su-35S, generation "4 ++", which are a much more advanced version of the Su-27. This can probably be explained by the "stuffing" of the Su-27SM3.

They are equipped with the Irbis-E radar, like the Su-35, and can simultaneously track up to 30 air targets, simultaneously hitting up to 8 of them. In addition, they are capable of detecting targets at a distance of up to 400 km, and stealth aircraft at more than 80 km. The reinforced Su-27SM3 glider allowed to increase the payload by 3 tons, and the number of suspension nodes increased from 8 to 12, i.e. became 2 times more than the F-16, and 3 times more than the F-35.

Su-27SM3 received more economical aircraft engines AL-31F-M1 to increase flight range and flight characteristics, as well as a fully glazed cockpit with four multifunctional displays. A new communication center was integrated into them and maintenance requirements were reduced. Most likely, these fighters will also be adapted to the use of more ammunition. For example, long-range missiles (over 300 km) R-37M will appear on them. Consequently, the potential for modernization of these aircraft has not yet been exhausted.

Thus, the Su-27SM3 are not old Su-27s and can be safely considered a 4+ generation fighter with capabilities similar to those of the Su-35. They also gained the ability to deliver more effective strikes against ground targets. Their very use in Kaliningrad indicates that the Russian military trusts these aircraft.

How long they will continue to be deployed in the Russian exclave and whether the latest Russian fighters will appear there will depend on the state of relations between Russia and NATO, as well as on what funds the United States is deploying in this region, the media concluded.
Reporterin Yandex News
Reporterin Yandex Zen
10 comments
Information
Dear reader, to leave comments on the publication, you must sign in.