Hypersonic "Gremlin": why the new rocket was named after a mythical creature from England 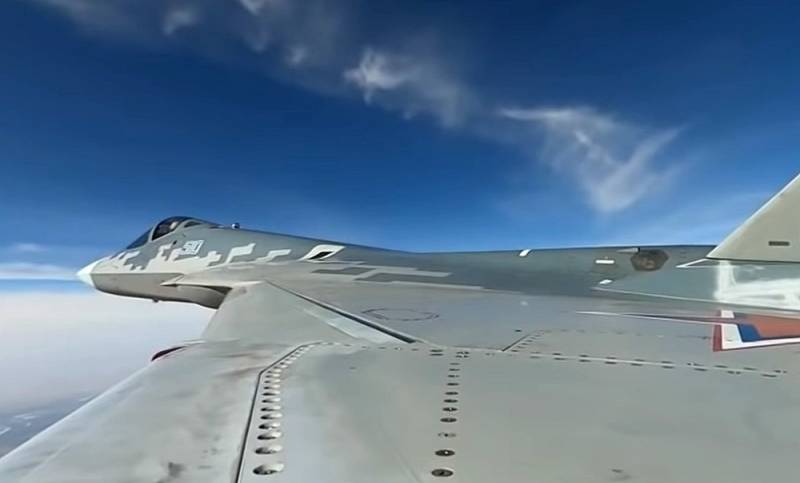 A few days ago, preliminary tests of a new hypersonic missile began in Russia. The fifth-generation Su-57 fighter with its functional mock-ups took off. Now the possible name of this promising ammunition has become known - "Gremlin". Why did Russian developers choose to give her the name of a mythical creature from the Anglo-Saxon folklore?


The term Gremlin appeared unofficially a century ago in the British Air Force. With him, British and then American combat pilots associated all their problems in the military technology... Allegedly, these mythical creatures actively played dirty tricks on the Anglo-Saxons during the Second World War and after. In our country, these characters became widely known thanks to the 1984 horror film of the same name and its sequel. It can be assumed that by choosing such a name for a promising hypersonic missile, the Ministry of Defense of the Russian Federation wanted to transparently hint to the NATO bloc what problems await it if something happens.

There is no doubt that the need for the appearance of the "Gremlin" was a response to the expansion of the North Atlantic Alliance to the east. Nuclear weapons are, of course, good, but in the modern world, more flexible tools are needed to deter potential Western aggression. For example, military analysts in the United States are considering scenarios for the seizure of the Kaliningrad region, while for some reason they are firmly convinced that Moscow will refrain from using nuclear weapons in Europe. It is possible that this is precisely why the head of the Russian Defense Ministry Sergei Shoigu called the basis of the Russian non-nuclear deterrent forces hypersonic weapons, which are capable of overcoming all existing missile defense systems of the NATO bloc.

So, last year, intercontinental ballistic missiles with the Avangard hypersonic maneuvering units were already on alert. The MiG-31 supersonic interceptor fighters underwent modernization, as a result of which they were converted into carriers of the Kh-47M2 "Dagger" hypersonic missiles. The Zircon sea-based hypersonic missiles, which can hit both enemy ships and ground targets, are being successfully tested. And now the turn has come for, so to speak, the younger brother of "Dagger", "Gremlin".

Not much is known about the newest rocket yet. Work on it started back in 2018, and the first flight tests are scheduled for 2023. Hypersonic speed will be ensured by the "product 70" - a ramjet rocket engine. According to the American specialized edition Jane's Missiles & Rockets, the length of the Gremlin can be 6 meters, and the weight - 1500 kilograms, that is, it will be smaller and lighter than the Dagger. Open sources indicate a speed that is 6 times higher than sound, with a flight range of up to 1,5 thousand kilometers.

And yet why is it the Gremlin? Probably because the main purpose of the latest hypersonic missile will be to destroy command centers and radars. For such a high-tech adversary as the NATO bloc, a momentary loss of communication and the failure of the air defense / missile defense system will lead to the loss of command and control of the troops, which can be tantamount to defeat. Also, one of the priority targets for the Gremlins will be the aircraft carrier strike groups of the US Navy and the entire North Atlantic Alliance.

The big advantage of the new missile over the "Dagger" will be that it will be able to accommodate a much larger number of air carriers. These are not only "strategists" Tu-160 "White Swan", Tu-95 "Bear" and Tu-22M3M, but also the supersonic fighter-interceptor MiG-31, as well as the fifth-generation fighter Su-57, on which the first flight tests with mock-ups. And even that is not all. Well-founded assumptions are being made that in the future, front-line aircraft, in particular, the Su-30SM multipurpose fighter and the super-maneuverable Su-35, can be equipped with hypersonic missiles. Due to this, the Russian Aerospace Forces will be able to deliver a large-scale disarming airstrike, which will lead to the enemy's loss of controllability.

That's why Gremlin.
Ctrl Enter
Noticed oshЫbku Highlight text and press. Ctrl + Enter
We are
Space shield of the Motherland: the West is not in vain afraid of Russian inspector satellites
New weapons on the way: What is known about the anti-satellite complex "Burevestnik"
Reporterin Yandex News
Read Reporterin Google News
6 comments
Information
Dear reader, to leave comments on the publication, you must sign in.