What were the Doomsday ships that preceded the planes 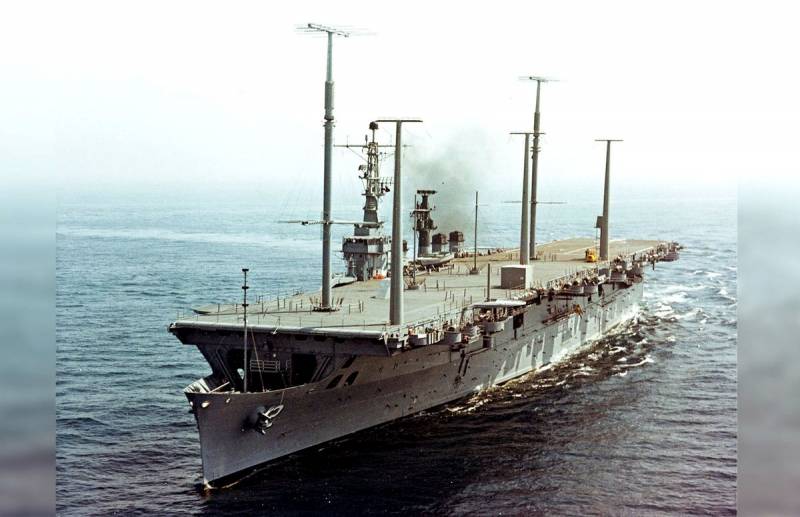 At the height of the Cold War, when the world was teetering on the brink of a nuclear confrontation between the USSR and the United States, Washington was concerned about the creation of Doomsday ships for the continuity of operations. This program was officially known as the National Emergency Command Post afloat (NECPA), writes the American online publication The Drive.


If the Cold War had turned into a full-fledged one, the US leadership would have moved to these wonderful "floating White houses" while Soviet missiles destroyed American cities in the course of nuclear exchange. The United States had two such specially equipped vessels. The first was USS Northampton (CLC-1), the second was USS Wright (CVL-49). Converted from obsolete combat units, these amazing ships are the forerunners of the modern Doomsday air command post.

USS Northampton was the Atlantic Fleet's flagship command light cruiser, launched in 1953. In 1962, he began a different life. It was adapted for NECPA tasks. The cruiser was reclassified and codenamed "Naval Ruler". During the Cuban Missile Crisis, the president and his closest aides were evacuated to it by Marine Corps helicopters. 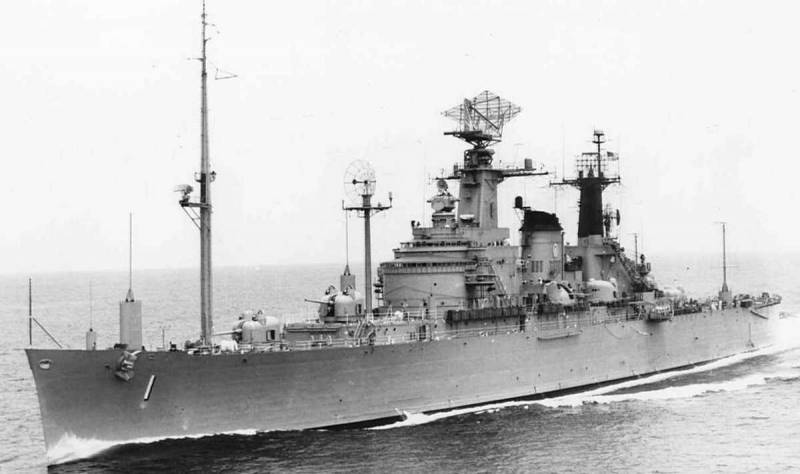 The ship's upgrades to fulfill its upcoming role in a potential Armageddon were extensive as the American government took care of itself while others were destined to die. More than forty tons of special equipment, including sixty transmitters and receivers, allowed him to process 3000 messages a day (which was considered a real breakthrough at the time). The powerful communications system allowed the ship to set a world speed record for sending messages around the world in just eight tenths of a second.

A year later, a second "floating White House" was added to it - USS Wright, codenamed "Zenith". He was also based in Norfolk. This warship was built as a Saipan-class light aircraft carrier, which entered service in 1947. It was decommissioned in 1956 and then converted for NECPA.

The dimensions of the aircraft carrier made it possible to equip it even more seriously. It became the most sophisticated communication platform in the sea at that time. The deck was lined with antennas, the tallest of which was a set of 156-foot masts decorated with tropospheric scatter antennas.

The "voice of command" with USS Wright has been heard on ships, aircraft and stations around the world. The premises of the ship were equipped with the most modern equipment with huge cinema screens. The ship had rooms for various events, briefings, planning, analysis, scheduling and emergency tasks. An entire room was set aside for the ship's teletypes, each of which was capable of receiving incoming messages at a speed of 100 words per minute. 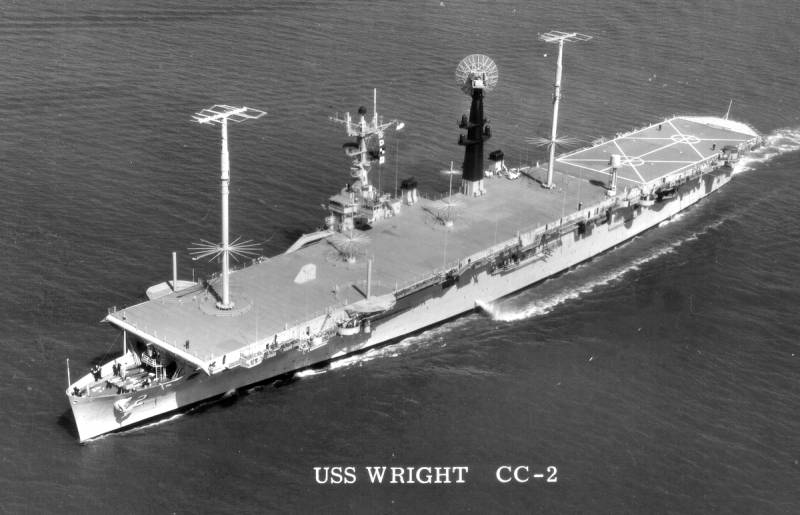 The hangar was filled with operations centers, work areas and living quarters for 200 signalmen. The ship's crew consisted of 1000 people. If necessary, the crew could be increased.

In the event of damage to the antennas, the ship could communicate with three purpose-built facilities on the shore using a unique unmanned helicopter QH-43 Huskie, which had an ultra-low-frequency antenna, which it lifted to a height of several kilometers, providing communication even with submarines around the world. The deck could accommodate three helicopters. For operations in a radioactive environment, the ship was equipped with special air filters, and the decks were flushed with a salt water hydraulic system.

There were also plans to convert another Saipan-class aircraft carrier to NECPA, but this was abandoned. In addition, the military wanted to re-equip the USS Triton nuclear submarine under NECPA, but it did not go beyond research.

The operating principle underlying NECPA was that one of the two ships was constantly at sea, and they were changed every two weeks. Thus, one of them received protection from a surprise attack by the USSR.

How tenacious the ships were in reality remains an open question. They had to avoid any clashes with the Soviet Navy, which at that time was building up its capabilities on the high seas. Both ships had limited armament, so they probably would have become easy prey for Soviet sailors. In this regard, they were accompanied by large warships and nuclear submarines.
Ctrl Enter
Noticed oshЫbku Highlight text and press. Ctrl + Enter
We are
Space shield of the Motherland: the West is not in vain afraid of Russian inspector satellites
New weapons on the way: What is known about the anti-satellite complex "Burevestnik"
Reporterin Yandex News
Read Reporterin Google News
2 comments
Information
Dear reader, to leave comments on the publication, you must sign in.