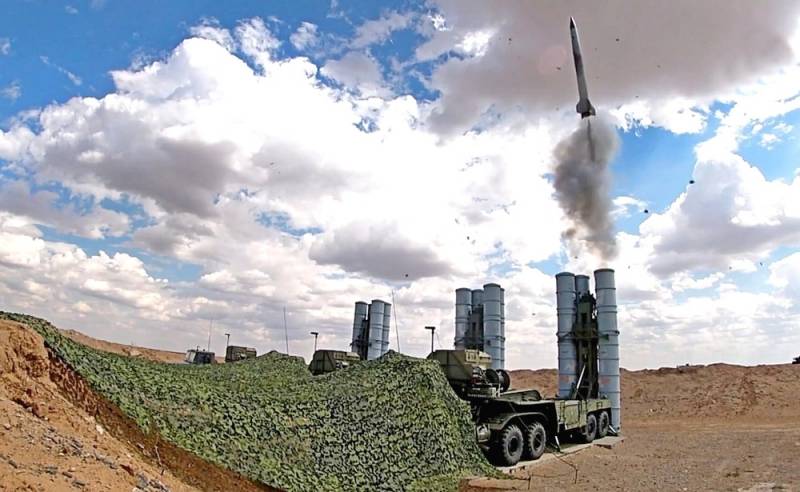 Recently appeared on the Web video recording flight reconnaissance and attack drone MQ-9 Reaper ("Reaper") of the US Air Force in the skies over Syria. It is noteworthy that it was made from the cockpit of a Russian combat aircraft that was there on a mission. In the comments, many of our compatriots called on the Russian Aerospace Forces to shoot down uninvited guests so that the Americans would "respect us more" from this. But is it really worth doing this, and what will be the real consequences for Russia?


First, you need to figure out who and on what basis flies in the Syrian sky, as well as how to react to this. Let's start with our country. Since September 2015, the Russian Aerospace Forces have been participating on the side of Damascus in the fight against the terrorist groups Islamic State, Al-Qaeda and Jabhat al-Nusra banned in Russia. These are very specific military goals in helping a friendly state. There was no talk about their broad interpretation anywhere.

The United States and its Western allies have been in Iraq since 2014, as well as in neighboring Syria against the will of its official authorities. However, they, so to speak, “legalized” their military presence by the need to fight the already mentioned banned terrorist group “Islamic State”, or “Daesh”, as part of a broad international coalition. At the same time, the Americans have established control over the Syrian oil fields, on which they make good money. The reason, to put it mildly, is ambiguous, but who will forbid them?

Finally, in the skies over Syria, Israel is constantly infinite, which regularly launches missile and bomb strikes against Iranian military infrastructure. The Jewish state motivates this by the need for defense against the expansion of Tehran to its borders, but I would like to ask a counter question, why not just declare war on the Islamic Republic and SAR and start acting against them officially?

Since 2015, when the Russian military contingent was deployed to Syria, a burning topic has been regularly raised in discussions, why are we not shooting down Israeli or American planes that violate the air borders of our ally in the Middle East? But, in fact, should the RF Aerospace Forces do this?

Let's turn directly to the text of the 1980 Treaty on Friendship and Cooperation between the USSR and the Syrian Arab Republic. Recall that the Russian Federation is the legal successor of the Soviet Union, and this international legal treaty is valid to this day. So, Article 6 of this document says the following:

In the event of situations that threaten the peace or security of one of the Parties or create a threat to peace or a violation of peace and security throughout the world, the High Contracting Parties will immediately contact each other in order to coordinate their positions and cooperate to eliminate the threat and restore peace. ...
We see the words "coordination of positions" and "cooperation", but the provisions on the obligation of the USSR or the Russian Federation to organize an air defense system over Syria are not in the text, no matter how you read it. In general, this is not surprising given the entire history of the issue. During the Soviet period, Moscow actively helped Damascus against Israel by supplying weapons and sending thousands of military experts to the Middle East. The Syrians were especially interested in our anti-aircraft missile systems to counter the Israeli Air Force, preferably for purely symbolic money. By the beginning of the nineties, Damascus' arrears for the supplied weapons amounted to $ 14,5 billion, of which $ 2005 billion was written off in 10, and the rest was restructured. Damascus insisted that Soviet crews sit directly at the control panels of the air defense missile system, and clearly counted on the USSR as a "Big Brother" who could be drawn into a direct war with Israel on its side. The scale of military aid to Syria began to decline seriously already under Mikhail Gorbachev.

What do we have by 2021? Imagine that an American drone is shot down over the territory of the SAR. The key question is who will "land" it and on what basis. For example, in the summer of 2019, Iran destroyed a US Air Force RQ-4 Global Hawk UAV that violated the airspace of the Islamic Republic's Hormozgan province. And nothing, the Third World Nuclear War did not happen. Tehran was in its own right.

And if the Russian Aerospace Forces act in the same way in the skies over Syria? There is no doubt that Washington will immediately consider this an act of aggression against the entire international coalition led by the United States, which has been fighting terrorists for the seventh year. At best, this will end with the introduction of new anti-Russian sanctions. At worst, the Americans can respond symmetrically by shooting down some of the aircraft we already have. Is the Kremlin ready to further escalate the conflict?

As for Israel. If our "flyers" or anti-aircraft gunners begin to shoot down his planes, there is no doubt that the IDF will respond with strikes against our bases in Syria. Tel Aviv understands very well that Moscow will not use nuclear weapons against them, and Russia will not pull out a full-scale non-nuclear war with Israel in the Middle East. And if it does, throwing all the forces and resources on it, then why? Just to show that we're cooler than boiled eggs? And at what cost?

The bottom line is that effective air defense is the burden of the most sovereign state of Syria. The maximum that it can count on in this matter from Russia is the supply of modern air defense systems and the training of its military specialists. But the Russian Federation is far from the USSR, so there is no point in hoping for charity.
Ctrl Enter
Noticed oshЫbku Highlight text and press. Ctrl + Enter
We are
"We must beat first": the geopolitical alignment around Russia is continuously deteriorating
Ten "defeats" of Putin
Reporterin Yandex News
Read Reporterin Google News
48 comments
Information
Dear reader, to leave comments on the publication, you must sign in.