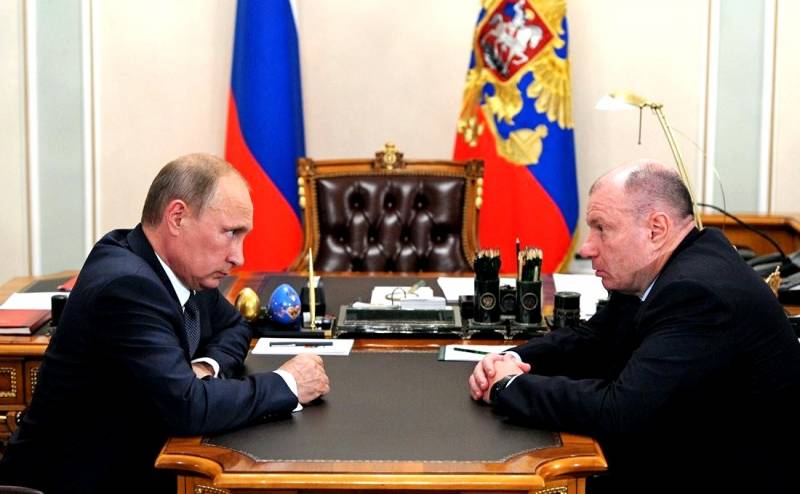 Billions of Vladimir Potanin became the reason for active public discussion. While the rest of the Russians were struggling to make ends meet in the "coronavirus" 2020, the oligarch earned them as much as 30,2, naturally, in dollars, becoming the richest man in our country. The State Duma voiced a proposal to tax his income with 50%. Sounds attractive at first glance, but what is wrong with this proposal?


Let's be honest, this is populism of the purest water. The oligarch Potanin, who in recent years has been trying to avoid unnecessary publicity, has himself set himself up. Due to the negligence of the notorious "effective managers" of the metallurgical company "Nornickel" belonging to him, a real ecological catastrophe occurred in the Krasnoyarsk Territory. They saved on what cannot be saved on, as a result of which diesel fuel spilled from the tank got into the surrounding rivers and water bodies, destroying the local flora and fauna. The damage to the state is estimated at 146 billion rubles. Punishing a billionaire for this seems like a good idea. However, everything is much more complicated.

Let's be honest. In this matter, they are trying to make a "lightning rod" out of one particular oligarch, to which social tension will be dumped. But that won't solve any real problem. Today the country is in an extremely difficult economic situation, while ordinary people are only getting poorer, and a narrow circle of the “chosen ones” is only getting richer. The demand for justice is growing, and personal sanctions against Potanin will not change anything. What are ordinary Russians waiting for?

At first, very many are still not satisfied that almost all of these domestic oligarchs from the Forbes list became billionaires overnight through the privatization of the former public property. The same Potanin was the deputy prime minister in the government under Yeltsin, where he actively promoted the idea of ​​loans-for-shares auctions. As a result of this extremely “muddy” scheme in all respects, Norilsk Nickel, Sibneft, YUKOS, Lukoil, Yuganskneftegaz and other state-owned enterprises passed into private hands for symbolic money. This is how all our main oligarchs came out of nowhere.

Many Russians still dream of revising the results of that unjust privatization, but if this is done, then it must be carried out in a comprehensive manner, and not selectively, with respect to only Potanin and Norilsk Nickel, right?

Secondly, it would be naive not to notice that many Russian laws are written in favor of a narrow stratum of the super-rich. For example, the 1993 Yeltsin Constitution stipulated that land and other natural resources may be held not only in state and municipal ownership, but also in private and other forms of ownership. By the way, during the recent "Putin" amendments to the Basic Law, for some reason these norms were not rewritten. We can also talk about the tax rate, which in recent decades has been the same for everyone, amounting to a modest 13%. For comparison, in Germany, Austria or Sweden, which we usually nod at as the correct example of developed countries, the upper limit of taxes for the rich can exceed 50%. Is it fair? Yes. And here the super-rich paid as much as the super-poor. This year alone, the personal income tax rate has increased from 13% to 15% for those whose income exceeds 5 million rubles a year. Apparently, this is a special tax for the "dying out" middle class.

For some reason, the idea of ​​introducing a progressive taxation scale is constantly torpedoed. If the government is for a just society, then let's increase taxes specifically for billionaires, up to 20%, 30%, 50%. Then it will be easier for everyone else to "hold on". And if not, then one should not be surprised at the growth of discontent and protest moods. Many people take to the streets in unauthorized rallies not so much in support of Navalny as against injustice in the distribution of public goods and wealth. This should not be forgotten.

Also let's try to separate flies and cutlets in this controversial issue. There is nothing reprehensible in wealth in itself if the owner of an outstanding fortune can account for every million of his, even for the very first. Millionaire Millionaire strife.

Why domestic oligarchs cause much more irritation among the people than foreign ones like Elon Musk, Jeff Bezos, Bill Gates, Mark Zuckerberg? Probably because the latter earned their billions, first developing something, creating and selling to everyone. Our Forbes billionaires became super-rich only because they served in the KGB at the right time, worked in the government, owned banks that participated in loans-for-shares auctions, or practiced judo in Leningrad.

As for Musk, Gates, Bezos and others. These are also people who have studied at the best universities in the world: Harvard, Stanford, Princeton and others. Education in them costs a lot of money, but the best minds and the best laboratories are concentrated there, where advanced technological development, there are direct connections to potential investors, etc. The success of these billionaires in life is largely due to their entry into the American elite. This is also a kind of club for the elite, which is difficult to get into from outside. But you can. With a strong desire, competent financial planning and diligence. In the United States, there is still a working social lift to super-wealth.

Is it possible today to become a billionaire in Russia without having close friends or relatives in the government or law enforcement agencies, also calmly reporting for your first million? Do We Have the “Right” Paths to Wealth? Answer this question yourself.
Ctrl Enter
Noticed oshЫbku Highlight text and press. Ctrl + Enter
We are
Peace enforcement operation. Russia inflicts a preemptive strike on Kiev
Three years left: Ukraine will be sold in parts
Reporterin Yandex News
Read Reporterin Google News
29 comments
Information
Dear reader, to leave comments on the publication, you must sign in.